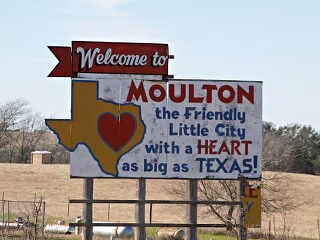 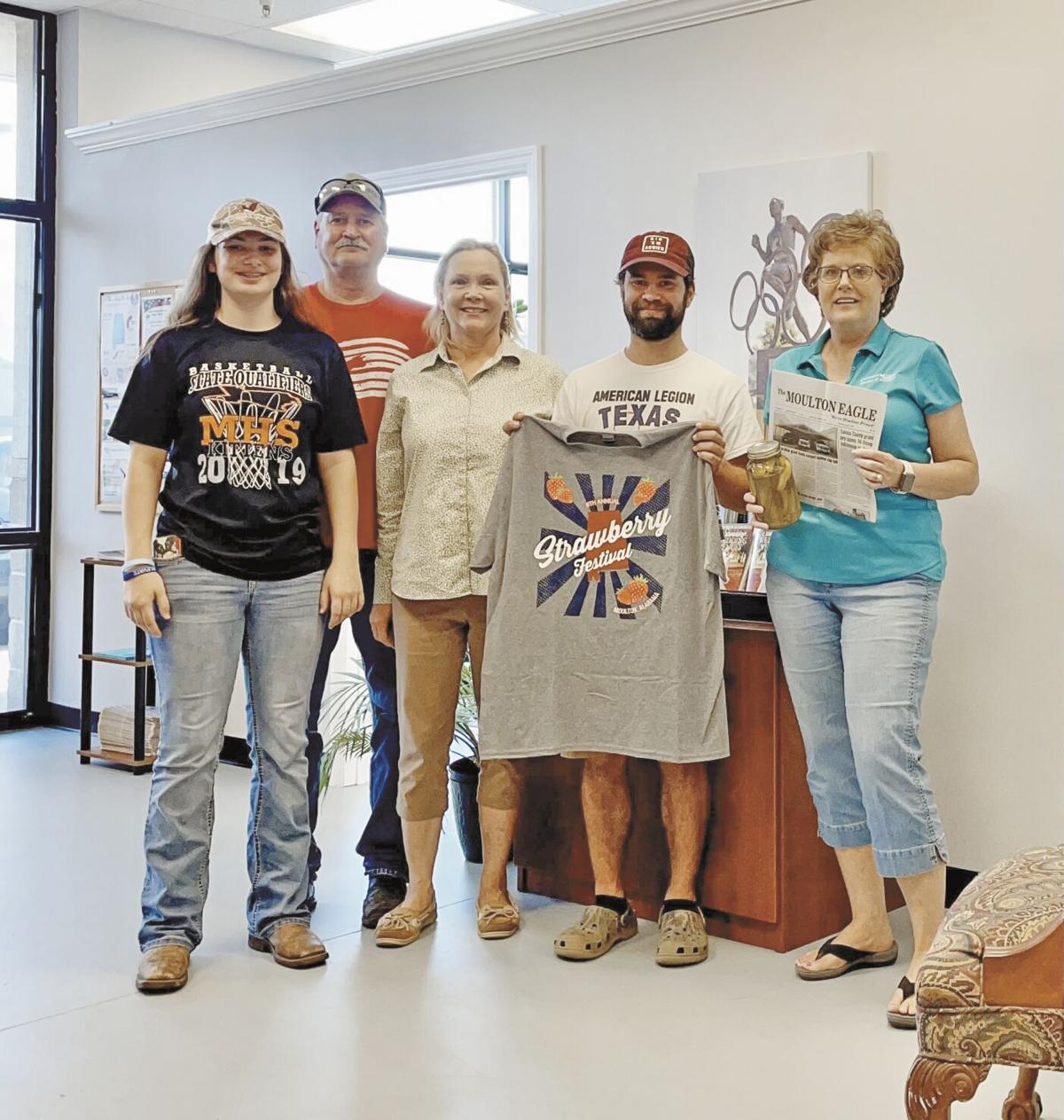 The Wenske family of Moulton, Texas, visited Moulton, Alabama, in July and met with Lawrence County Chamber of Commerce members for more information about the north Alabama city that shares a name with their hometown. Pictured from the left are Cathy, Patrick, Mary Ann and John Wenske, and Chamber Assistant Director Brenda Suski.

The Wenske family of Moulton, Texas, visited Moulton, Alabama, in July and met with Lawrence County Chamber of Commerce members for more information about the north Alabama city that shares a name with their hometown. Pictured from the left are Cathy, Patrick, Mary Ann and John Wenske, and Chamber Assistant Director Brenda Suski.

It’s not uncommon for towns, cities and counties across the U.S. to share a name with other American communities across the country—the community name “Springfield” occurs in at least 46 states in the U.S.—but less commonly do members of such small-town communities make a point to venture into other small towns of the same name.

Earlier this month, Moulton, Alabama, played host to one family passing through from their hometown of Moulton, Texas.

Patrick and Mary Ann Wenske, with their two children John and Cathy, make their way to Alabama at least once a year for a church retreat in Birmingham. This year, however, the family contacted the Lawrence County Chamber of Commerce after planning to stop to see the other Moulton, according to Chamber Assistant Director Brenda Suski.

“They called us at the office and asked to meet with us. We swapped newspapers and tee shirts,” Suski said. “It was a really neat experience.”

Located about 823 miles from Moulton, Alabama, the small town of the same name is situated in southeast Texas between Houston and San Antonio in Lavaca County.

Besides sharing the same name, Suski and Mary Ann Wenske couldn’t help but draw a few other parallels between the two cities.

The Moulton Eagle has reported and recorded history of the Texas town since it was first published in February of 1900 and has served as the town’s only newspaper, according to the City of Moulton (Texas) website. Here in Alabama, The Moulton Advertiser entered circulation in 1828 and has served as Lawrence County’s oldest newspaper—the oldest newspaper still publishing in Alabama.

When you enter Moulton, Alabama, travelers are greeted by a sign that claims Moulton is the friendliest spot in Alabama. As travelers enter the Moulton city limits in Texas, they might notice a sign that reads “Welcome to Moulton, the Friendly Little City with a heart as big as Texas.”

“On vacation, my family and I traveled to Moulton, Alabama,” Mary Ann Wenske posted to her social media after arriving back to their Moulton hometown. “Mrs. Brenda Suski was so friendly and knowledgeable. Amazingly, the Moulton, Alabama, motto is so similar to ours in Moulton, Texas: ‘Moulton, the friendliest little town in Alabama.’ …we thoroughly enjoyed our visit.”

According to the history page on The City of Moulton (Texas) website, there is some dispute about how the community got its name, but one argument suggests the city was named by a settler in the area who originally came from Moulton, Alabama.

“Lavaca County was officially organized in 1846…No one knows exactly how the (Moulton) settlement actually got its name,” the Texas site reads. “One theory suggests that the community received its name from a native of Moulton, Alabama, who named it after his hometown. Another suggests that the community was named after E. L. Moulton, a pioneer settler.  Yet another says the settlement was named after the small circular patches of oak trees called ‘motts’ that abound the region.”

Suski said the Wenske family stopped in Moulton on July 15. During their visit the family also visited Pond Spring, the historic home of General Joe Wheeler located in Courtland.