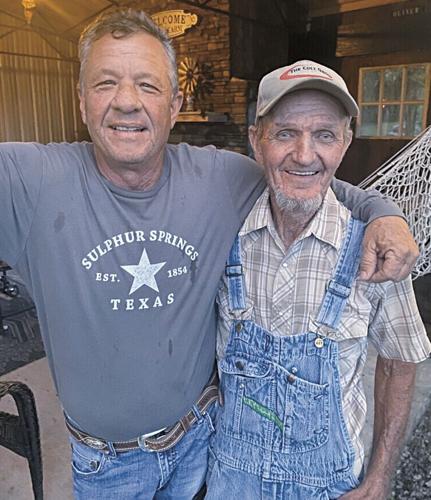 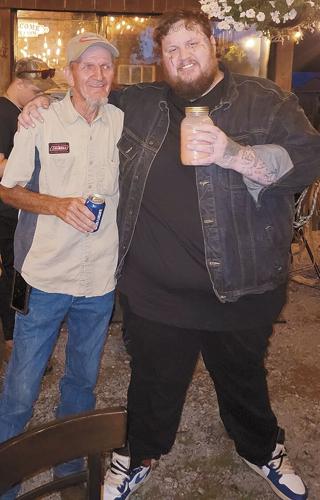 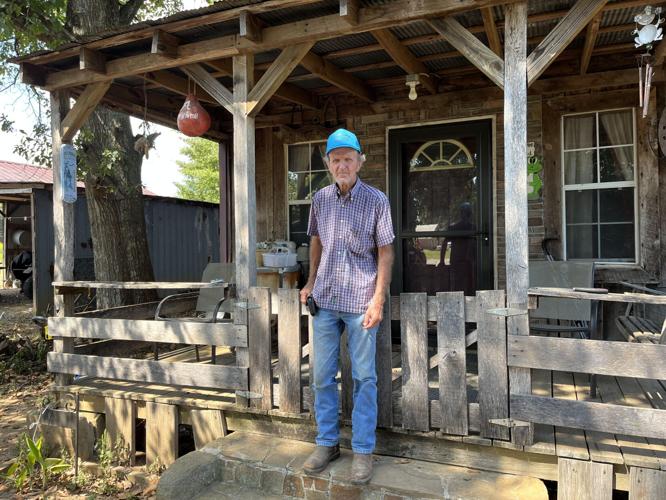 If you visit The Country Network’s (TCN) website, have access to the network’s app via the streaming service Roku, or watch full episodes on Youtube, it won’t take long before you recognize some familiar faces. Steve Oliver, a singer/songwriter, producer and narrator from Moulton, and Kenny “Frog” Johnson, a bricklayer and stone chimney builder for the better part of a half century, from the Speake area, are both front and center in the new series “Alabama Shine.” The show, which follows Jimbo Bray and Johnny Griffis, who placed first and second, respectively, in Discovery Channel’s “Moonshiners; Master Distiller” competition in 2019, is all about moonshine distillation and what makes the state’s spin on the alcoholic beverage so unique, and tasteful at that.

After years of writing and singing about moonshine in his music, Steve was introduced to Jimbo and Johnny, which is how he got the idea to create a show blending his music with the distilling expertise of the two master distillers. He said, “the idea was an organic one meant to showcase moonshine and music, an obvious pairing to salt of the earth folks like this team of outlaws”. Before being picked up by TCN, Steve filmed a pilot for the show using his own resources that included guest appearances from musicians like Jelly Roll and Nikki Nelson, whom he met in the industry. The pilot caught the attention of TCN’s CEO Tommy Snyder, who quickly struck up a deal for 10 additional episodes, “and so the fun began” said Steve.

The series relies on its authentic cast of characters for commentary and dialogue in order to keep the show entertaining, which is where Kenny “Frog” Johnson comes into play. In the first episode, currently available online, Frog serves as Jimbo Bray’s sidekick at his copper still in the backwoods as they discuss the process of distilling the liquor, the ingredients involved, and how Alabama’s climate and cold, natural creeks provide for a perfect recipe for the “shine”. What started out as a friendship between Frog and Steve’s father, Glen, has blossomed into a friendship that Frog and Steve both say is beyond special. “Frog was an obvious character to call for a supporting role. He has the look, he has the talk, and definitely the experience to add a necessary dimension to the show’s cast of characters, but no one expected Frog to run away with the show like he has,” Steve added.

So how does one become affectionately known as Frog by almost everyone he runs into? “I’ve had that nickname since I was just a little boy. I climbed in the bed of my dad’s truck and jumped on the back of one of our horses. My momma looked out the window and said ‘that boy don’t look no bigger than a frog ridin’ round out there,’ and I’ve had that name ever since,” Frog said with a mischievous grin on his face. “I have been laying brick for fifty years, so I know people all over the place for a 100 mile radius,” Frog said, while his daughter, Leanne Johnson, chimed in saying, “even before the show everybody everywhere knew who he was, so that has helped a lot with getting the word out about the show.”

Anybody who knows anything about moonshine has heard the name Popcorn Sutton, and it does not take long to realize the resemblance between Frog and Popcorn. His wit and authentic southern charm make Frog a perfect addition to the series and his one-liners scattered throughout the first episode keep the viewers on the edge of their seat. “He is truly one of a kind,” Steve said.

The first episode of Alabama Shine is the only one available so far, but the second will be accessible in a few weeks time, followed by eight more as the year goes on. Frog is looking forward to people seeing the different musical guests in future episodes and says viewers are in for a surprise. “They’re just nice people. Jelly Roll is, and Nikki Nelson is a sweetheart and she is a real star!”

Moonshine may not be for everybody, but Frog is quick to say that everybody will enjoy watching Alabama Shine. The show’s catchphrase sums it up when it says, “in the hills of sweet home Alabama, the cornfields grow and the moonshine flows.”