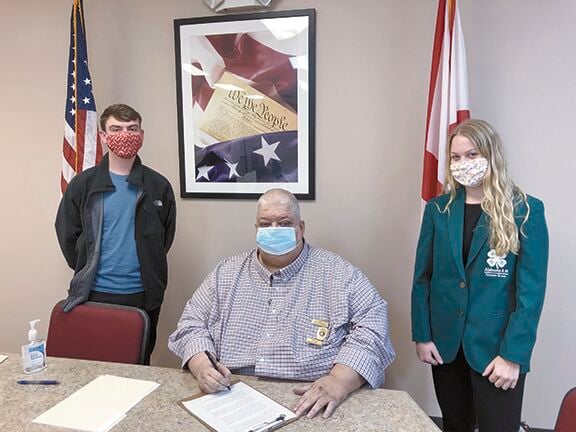 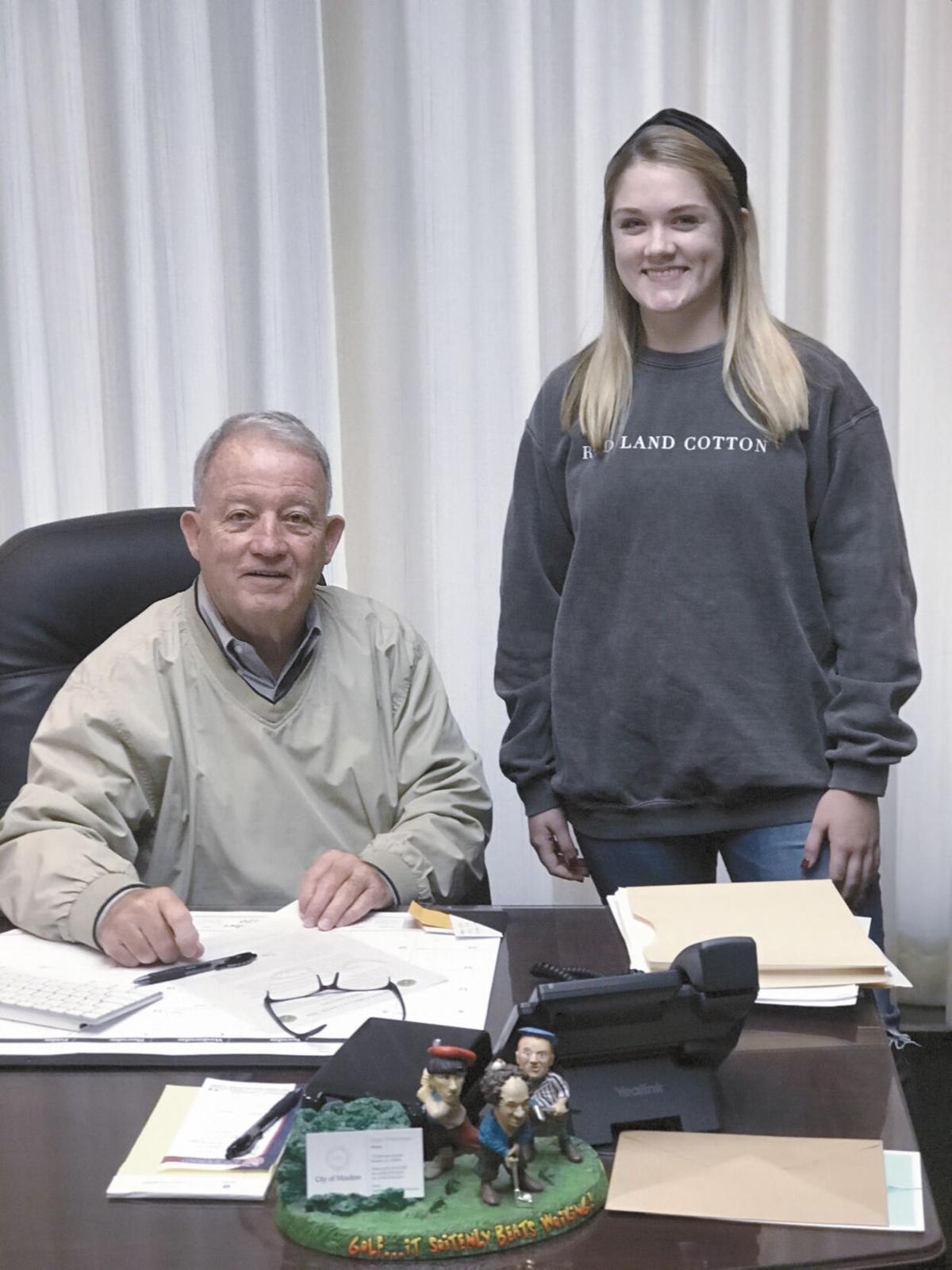 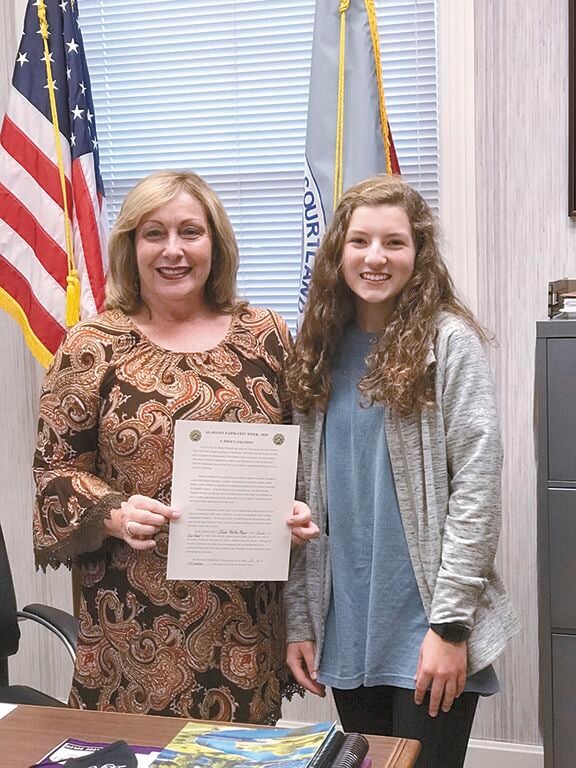 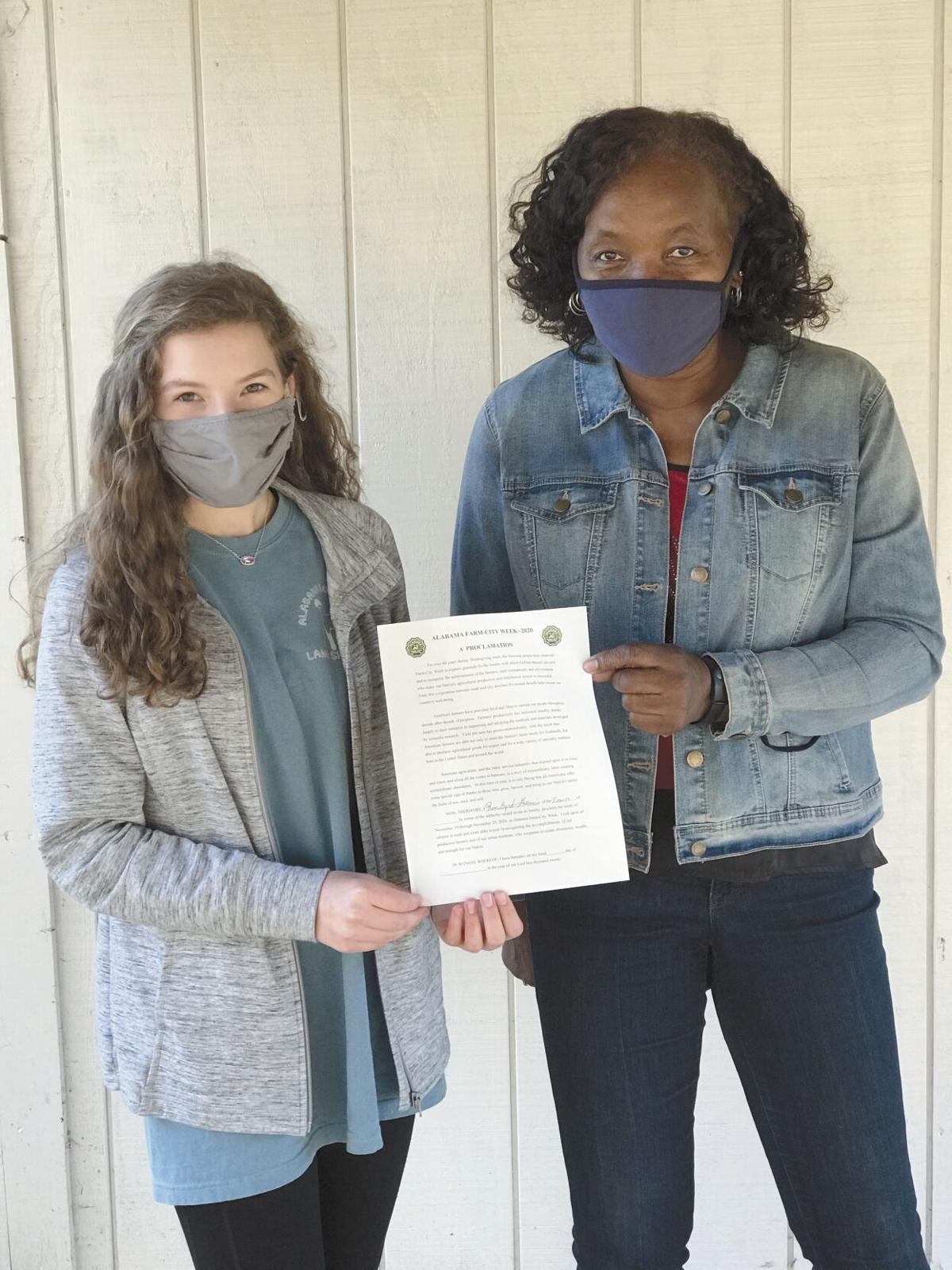 The third week in November is recognized as 2020 Farm-City Week in Lawrence County after local 4-H students met with municipal leaders this week authorizing the countywide celebration of farm industry.

“For over 60 years during Thanksgiving week, the American people have observed Farm-City Week to express gratitude for the bounty with which God has blessed our land and to recognize the achievements of the farmers, rural townspeople, and city residents who make our nation’s agricultural production and distribution system so successful,” proclamations signed by municipal leaders state.

Along with the nationwide Farm-City 2020 theme, “Sweet Grown Alabama,” Lawrence County also incorporated a 4-H essay contest with the theme “Peanuts: Feeding the World,” Shanklin said. Winners of each contest receive a monetary award, and students who are awarded in the Farm-City contest also receive a prize for their teachers to use in the classroom.

Homeschool student Stella McDonald won first place in the Peanut Essay contest for ages 12 and 13, and Jett and Naylor placed first and second in the category for 14 and 15-year-olds.

“School participation in the Farm-City program is critical for its' success,” Terry said. “We thank the teachers who encouraged youth in their programs to submit an entry.”