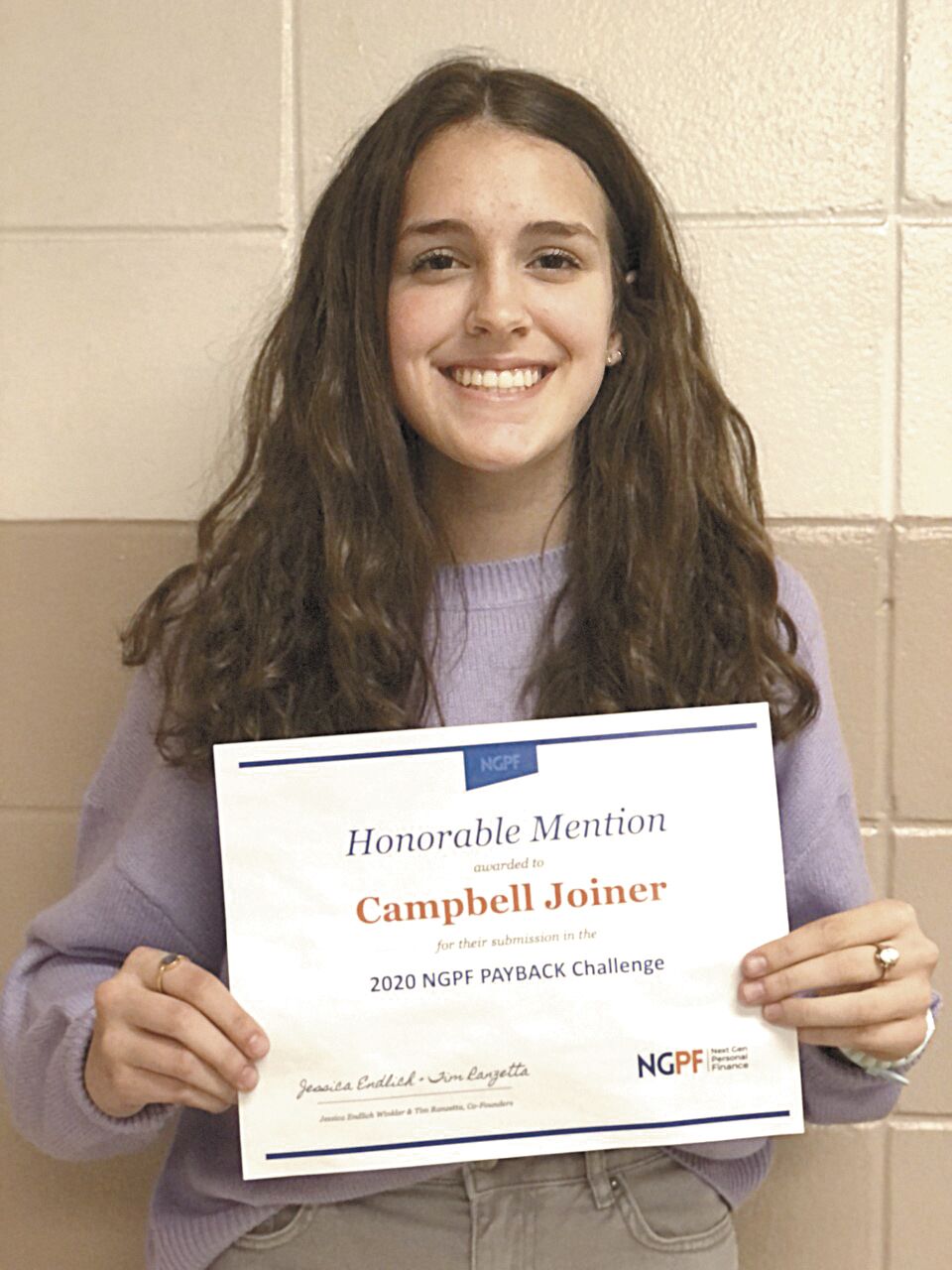 Lawrence County Career Technical Center recognized two students this week for their success in separate competitions. Campbell Joiner, pictured above, received a $1,000 scholarship for her success in the NextGen Personal Finance Payback Challenge. 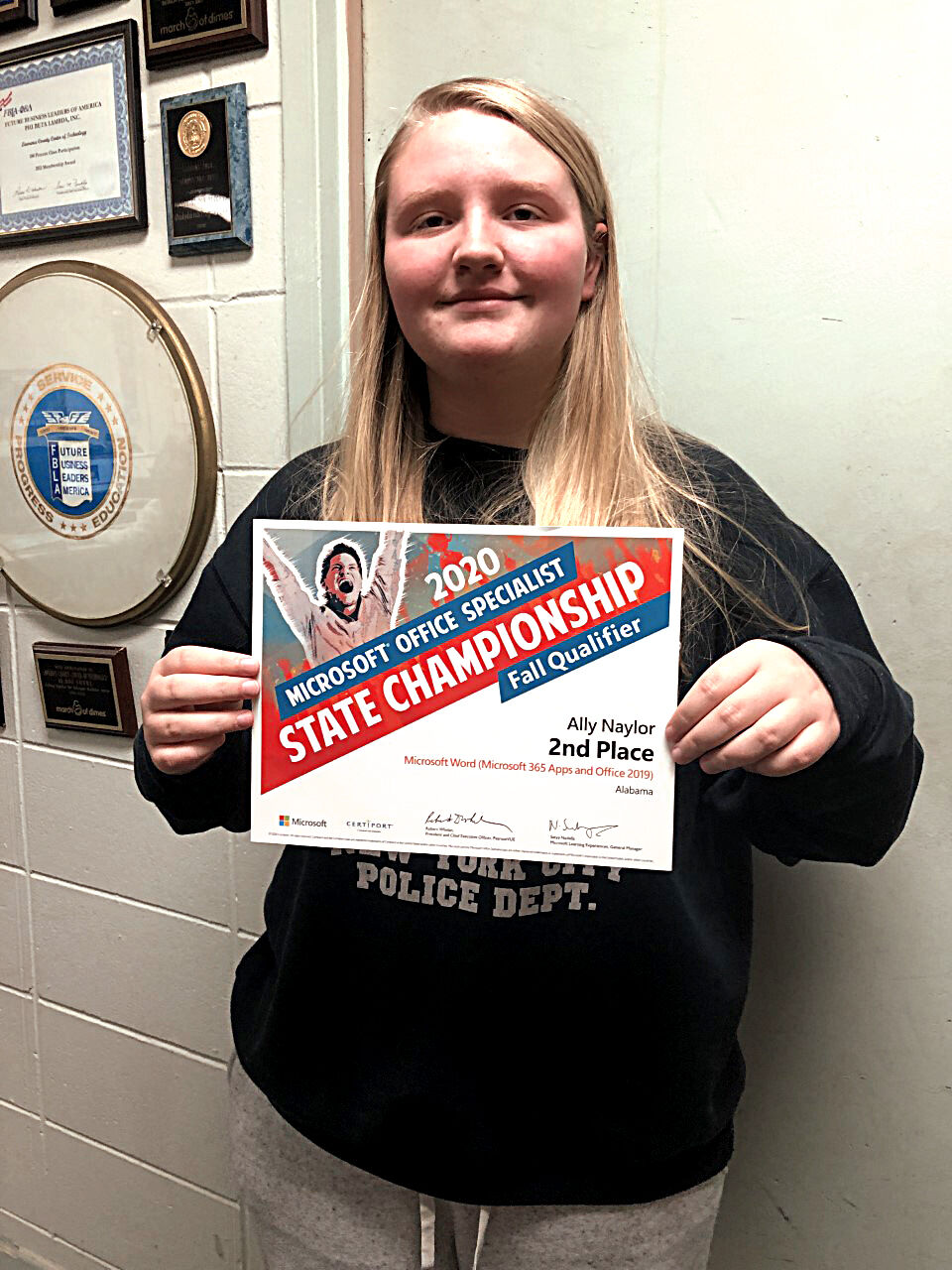 Lawrence County Career Technical Center recognized two students this week for their success in separate competitions. Campbell Joiner, pictured above, received a $1,000 scholarship for her success in the NextGen Personal Finance Payback Challenge.

Two Lawrence County Career Technical Center students were recognized and awarded this week for their success in separate competitive events.

Campbell was one of 44 other students recognized for the Honorable Mention Award scholarship in the national NextGen contest. Two students from New Jersey and Minnesota were named National Grand Prize winners, according to contest organizers.

More than 210,000 students in the United States attempted the Payback challenge, but only 1,000 nominations were accepted, according to the NGPF contest site. Each student nominated for the NGPF contest participated in the Payback college simulation game and had the option to submit an essay or video detailing how the COVID-19 pandemic affected the student’s decisions for college.

Campbell was the only participant in the state awarded in the contest.

Naylor, who placed second in the Microsoft championship qualifier, will now compete with five other students in Alabama to compete in the MOS National Championship.

Students who win at the MOS National will receive an all-expenses-paid trip to compete in the 2021 Microsoft Office Specialist World Championship, according to contest organizers.

The Certiport MOS U.S. Championship is a national competition that tests students’ skills on Microsoft Office applications. The students with the highest exam scores and lowest exam taking times will be invited to represent their state and compete at the National Championship, organizers said.

Students are provided opportunities to achieve Microsoft certifications through the business program at Lawrence County Career Technical Center, said Burden. She congratulates both students for their success in the competitions.