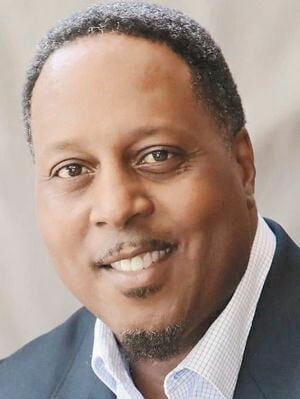 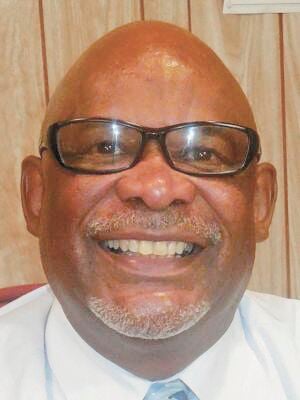 Hillsboro native Janetta Thompson is upset the Town Council did not fulfill the majority of the residents’ wishes when it appointed Charles Owens as mayor Monday night.

Owens, 66, and mayor since 2008, lost to challenger and former council member Scottie Bolden 122-99 in the Aug. 25 municipal election.

Three days later, Owens filed a complaint in Lawrence County Circuit Court claiming Bolden did not live in the town limits. After a mediation hearing two weeks ago, all three parties Bolden, Owens and the town — agreed the Town Council “should be encouraged” to “immediately annex Scott Bolden’s property in the city …. then vote to appoint the mayor of Hillsboro, Alabama, from any citizen over the age of 18, which resides in the city.”

“The Parties agree that they will work together and with any person appointed or elected, for the best interest of the citizens,” according to the agreement.

On Sept. 1, the Town Council canvassed the election results and determined Bolden had received a majority of the votes.

The council then issued a certificate of election declaring Bolden as the new mayor. Prior to the council issuing the certification of election, “Owens, as a citizen of the town, and not in his capacity as mayor or candidate challenged Bolden’s eligibility on the basis that he believes Bolden lives outside the city limits of Hillsboro,” according to the mediation agreement filed in court records.

Bolden, youth pastor at Wheeler Church in Lawrence County, served as a council member for two terms from 2008 to 2016, living at the same address he has now, he said.

“I can serve as a council member, but I can’t as mayor?” he said last week.

Monday night, the council voted to annex Bolden’s property into the town and then voted 3-2 to reinstall Owens for four more years.

“We wanted a change,” Thompson said. “There were a lot of broken promises with Mayor Owens. I don’t like what just went down.”

Fellow longtime resident Steve Simpson, who said he was born in Hillsboro 58 years ago, said the voters of the town were treated unfairly. “As a resident and voter of Hillsboro, I believe we were cheated. The council voted for themselves not for the majority of the people.”

Simpson said he voted for Bolden. “I have nothing against Mayor Owens, but mayor when your time is up, your time is up. Why would he want to be mayor again when he knows most of the people don’t want him to be mayor?”

Woods said after the council vote, he made a motion for the council to “reconsider the appointment” of Owens, but it failed to get a second.

Goins said she felt Bolden’s name should not have been placed on the ballot because he didn’t live in the town limits.

Bolden said there was a question about his house being across the street from the town limits in 2008 and said the council annexed it between 2008 and 2010. He said he has lived there since 2004.

“But now the town can’t provide evidence of that,” he said. “I guess it was never recorded. It should be in the council minutes, but the town can’t locate the minutes of the meetings back then. I was assuming I was in the town limits, and nobody from Town Hall ever told me I wasn’t.”

Owens, retired from International Paper in Courtland, was seeking his fourth consecutive term as mayor when he finished second to Bolden in August. He defeated incumbent Billy Ray Young in 2008 and ran unopposed in 2012 and 2016. He also served as a council member since 1986.

“My client is happy with the outcome of the mediation,” Owens’ attorney John Kimbrough of Moulton said.

“After inspecting the city maps, I realized Mr. Bolden did not reside within the city limits of Hillsboro,” her affidavit said. “I informed Mr. Bolden of this fact, however, and he said, ‘go ahead and put me in.’”

She said after the conversation she called the League of Municipalities and “they informed me I did not have the authority to keep Mr. Bolden off the ballot. Therefore, I did allow him to qualify. It is my understanding that Mr. Bolden knew at the time of his qualification that he was not a resident of the Town of Hillsboro.”

League attorney Rob Johnston said Tuesday that a court, not a town clerk, generally makes the ruling on a candidate’s eligibility.

Bolden said Moore’s sworn statements are not accurate and she is trying to protect herself from any claims of wrongdoing.

Tuesday morning, Bolden said he was “disappointed for the people of the town.”

“In the end, their votes didn’t count,” said Bolden, 58. “As a former council member, I know the council is supposed to represent the people. I hate the council didn’t consider the residents in this matter.”

Bolden, youth minister at Wheeler Chapel Church in Lawrence County, said he was confident the council members would cast their votes the way the people voted. “Yes, I was expecting to win,” he said.

He said he plans to focus on his family and church, where he has worked for 15 years.

“I have a vision to move the town forward,” he said. “I plan to run again in four years because that’s what the people here want.”

Owens did not return phone calls seeking a comment.