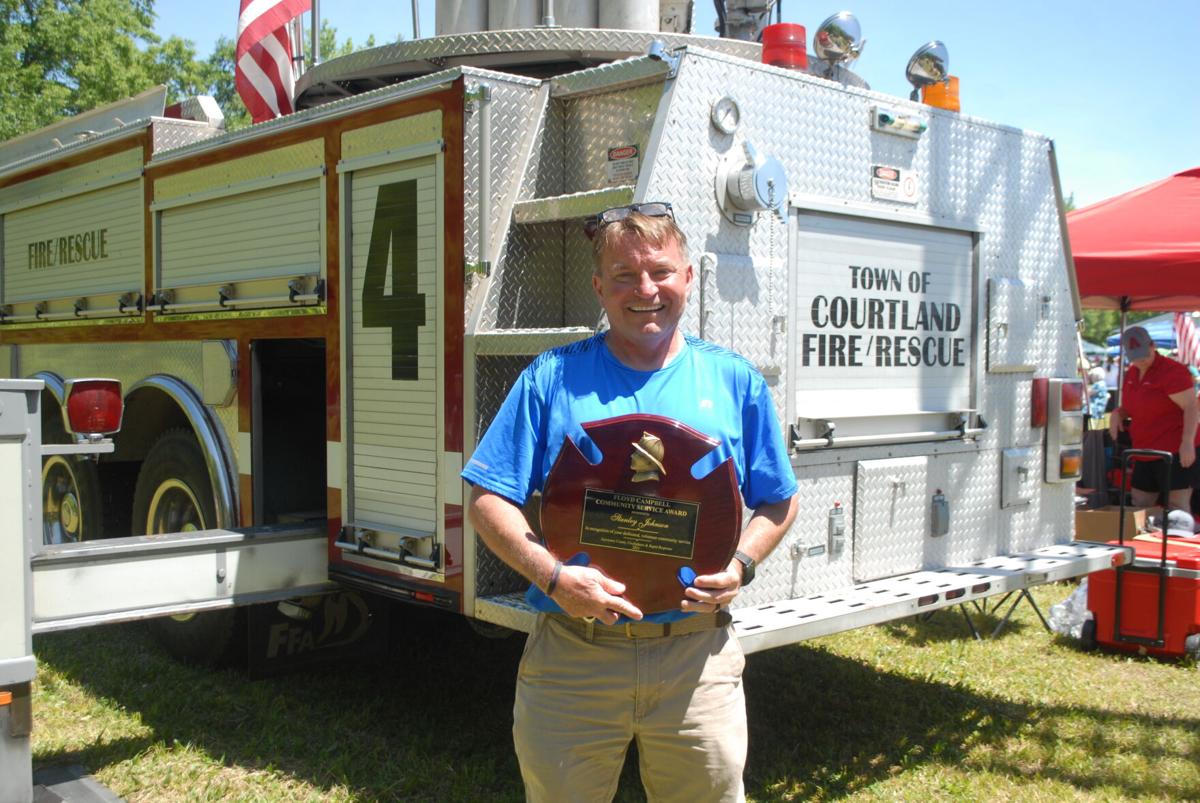 Strawberry Festival Director Stanley Johnson is the 2021 recipient of the Floyd Campbell Community Service Award, which is granted by the Lawrence County Firefighters Association annually. 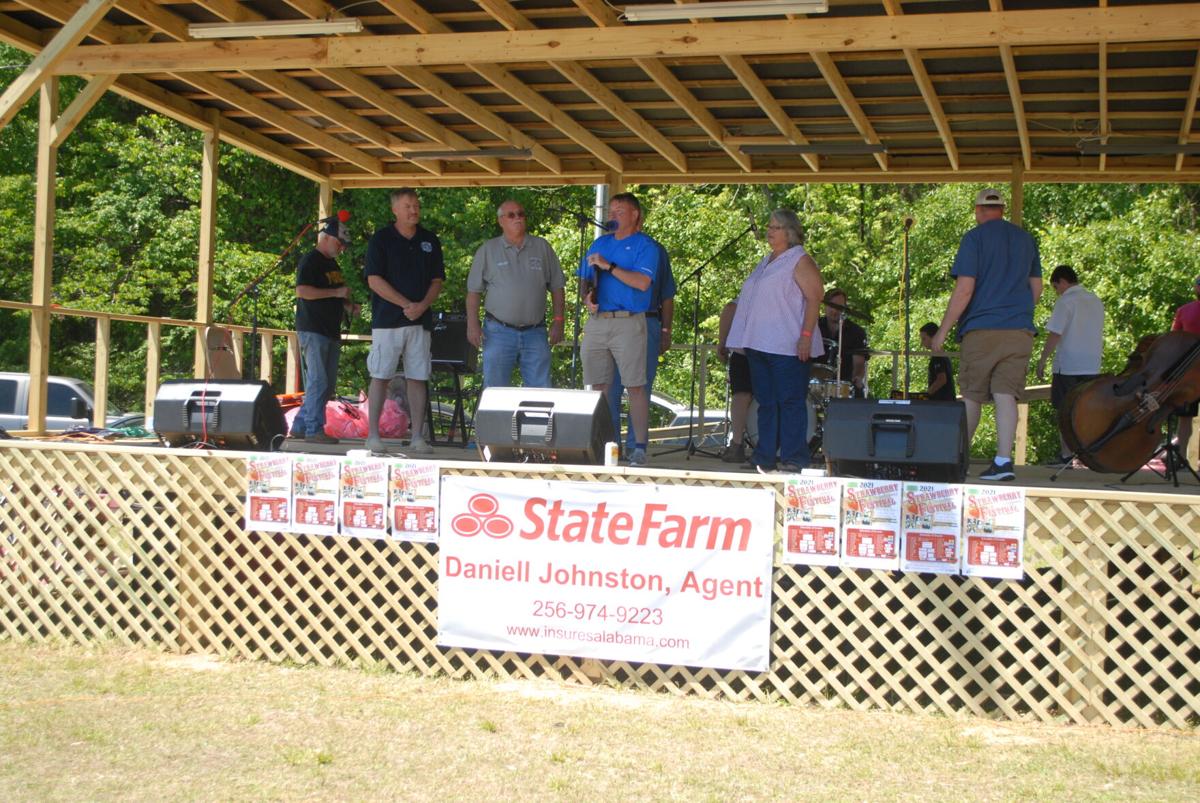 Strawberry Festival Director Stanley Johnson is the 2021 recipient of the Floyd Campbell Community Service Award, which is granted by the Lawrence County Firefighters Association annually.

The annual award, given by the Lawrence County Fire Fighters & Rapid Responders Association, recognizes a Lawrence County citizen who “reflects Mr. Floyd’s attributes,” according to the organization.

“This award is to honor, celebrate and remember Mr. Floyd Campbell’s life, but more importantly his work, his accomplishments, his optimism, and his compassion for his fellow man—attributes that can be shared by others,” guidelines for the recognition state. “Annually, the Lawrence County Fire Fighters and Rapid Responders select someone that places others’ needs above their own.”

Hatton Fire Chief Steve Coan, who also serves as the Fire Fighters Association president, awarded Johnson on the second day of the 6th Annual Strawberry Festival, which was held at the Moulton Lions Club fairgrounds this year.

“This person, very deserving of this award, was selected because of the huge impact he has on his community,” Coan said before revealing the 2021 recipient.

Johnson, who was visibly moved and shocked for being selected, called the surprise the “icing on the cake,” following a successful two-day festival.

“I was very humbled, and it is such an honor for this recognition to be given to me in [Floyd Campbell’s] name,” Johnson said. “In any success I’ve experienced, in the seeing the success of the festival, I’m reminded that it is all thanks to the village—the ones who support me and the ones who’ve surrounded me throughout my life.”

Floyd Campbell is remembered as a community oriented, forward-thinking, family man who cared deeply about his county and state, according to the Lawrence County Firefighters Association. Campbell was founding member of the Mt. Hope Fire Department and served as its first chief. He was also an integral member of the West Lawrence Water Cooperative who helped start the organization and served as its first manager.

The annual Floyd Campbell Community Service Award has been passed on annually for the past 34 years, with the exception of last year due to the COVID-19 pandemic. Some of the Floyd Campbell Award recipients include Hillard Frost, who served with the county's Rescue Squad and was the first recipient in 1988, Commissioner Kyle Pankey, who has also served as a Firefighters Association president and was awarded in 1994, the late Lloyd McCulloch and Dustin Jones, who were each Moulton firefighters honored in 2006, Letha Hardyman, who served as a member of the Lawrence County Rescue Squad and was awarded in 2015, and Mt. Hope Fire Chief Jack Spillers, who was awarded in 2019.