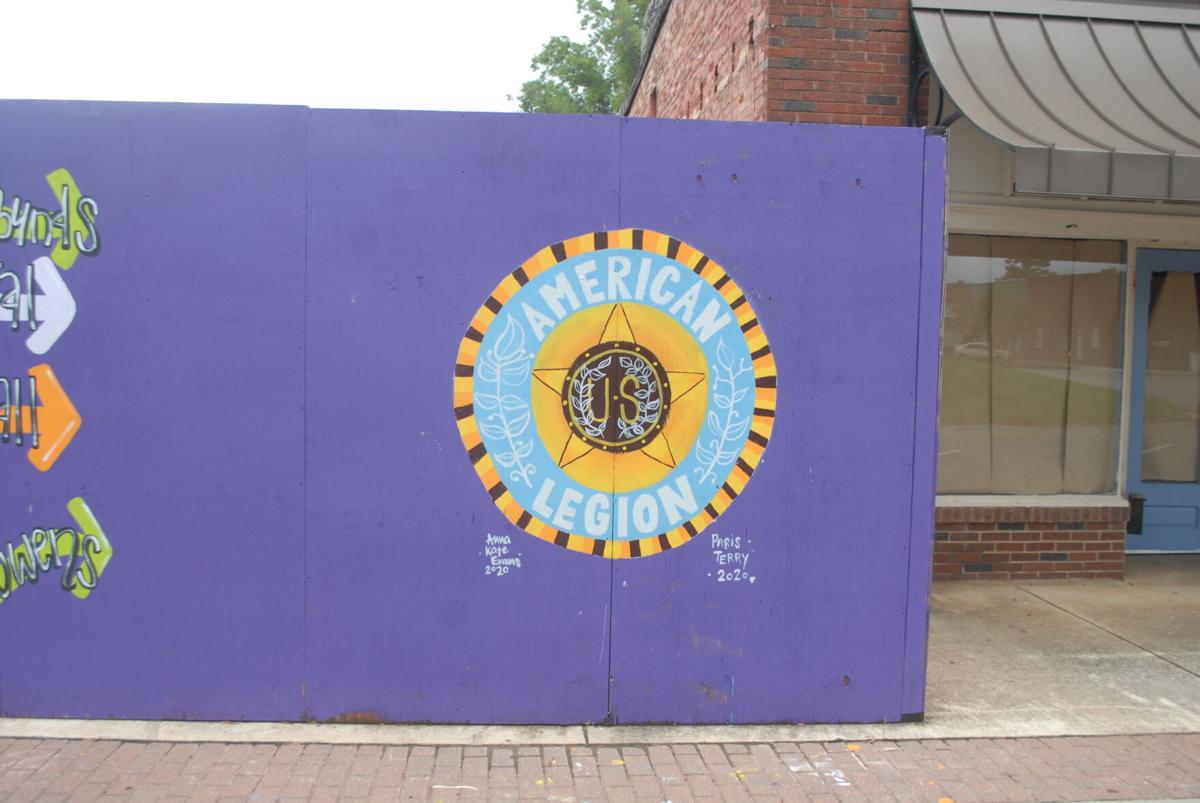 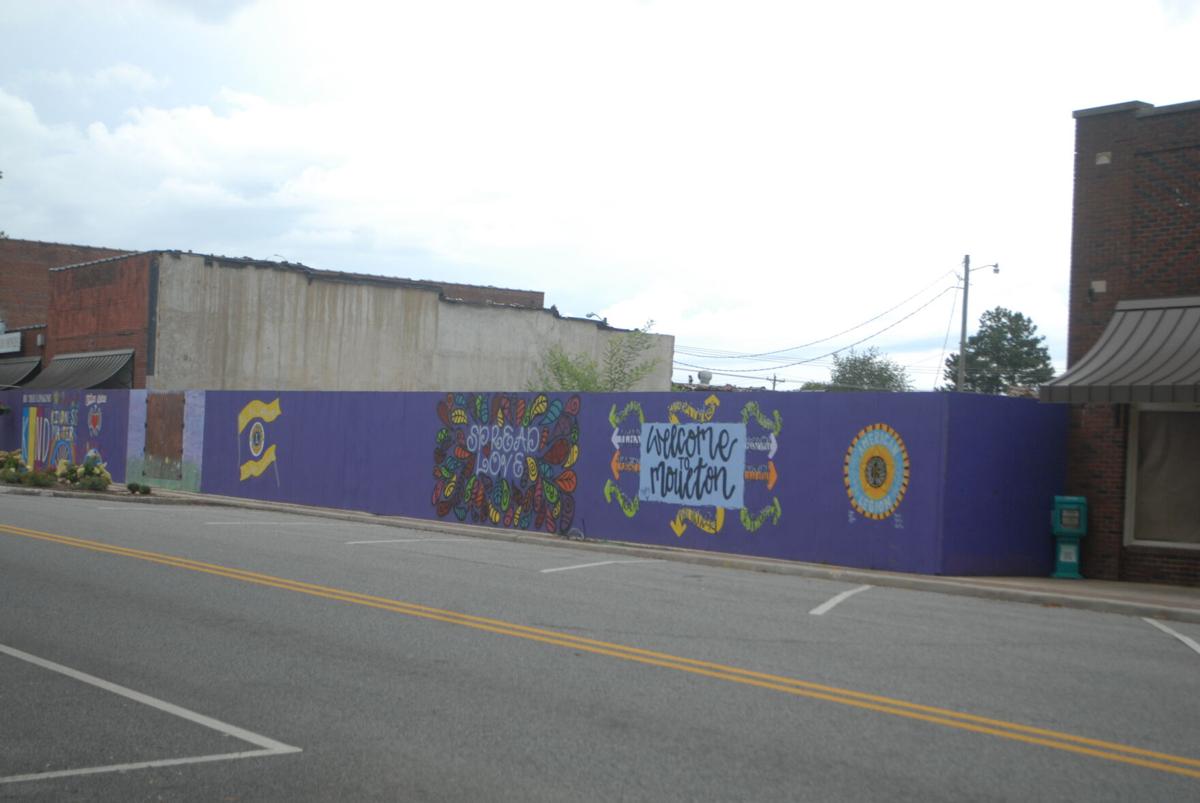 Those who delight in seeing new additions to the Moulton Lions Club Mural on Court Street were likely thrilled to see the community project’s latest addition last week.

Lawrence County High School art students Paris Terry and Anna Kate Evans paid tribute to veterans with their section of the mural, which the two completed last Tuesday. Their portion now depicts an American Legion emblem on the far western side of the temporary wall on the Moulton Square.

“I really appreciate (the Lions Club) for letting us contribute,” Terry said. “I thought it was a great idea. Me and Anna Kate are always talking about how to get our art out there or how to make a name for ourselves. We wanted to help make the mural look amazing.”

The project began in April when Moulton Lions met on the square to paint the base of the mural at the site of a fire that devastated Moulton on April 22 last year.

Moulton Lions Club member Coty Alred, who helped inspire the original idea for a mural at the site, has helped assign sections of the project to community volunteers who request to contribute.

Alred said the Lions Club provides paint to volunteer artists if they need it to complete their sections. As one section of the wall is finished and paint gets passed down to the next artist, Moulton residents pass by in likely anticipation for the next big change along the purple wall.

Terry, who is a junior at Lawrence County High School, said she contacted Alred about working on the mural after she saw attention drawn to the project on social media.

“I had seen several posts about the other paintings, and one of my close friends pushed me to contact him because I’m always painting. I wanted to put my art out there,” she said.

After getting approval and an assigned section to work with, Terry said she contacted a close friend and fellow art student to help, which is how 2020 LCHS graduate Anna Kate Evans got involved.

“I know she’s been painting for a while, and she’s very good at what she does,” Terry added. “She does tattoo sketches, which we both do, but I want to say she’s probably been drawing and painting more than four or five years. We’ve been friends ever since my ninth grade year.”

Evans said she’s been painting since she was a young girl and was thrilled to be asked to help with the community artwork, though it was her first time to do a large mural.

“I’m so thankful for getting this opportunity, not only to showcase my work but also to use it to give back in some way. It was a learning experience for both of us, something we’ll never forget,” said Evans.

Alred asked the two to dedicate their portion of the mural to honoring Lawrence County veterans and suggested they paint the badge symbolizing the American Legion.

Terry said she and Evans changed the colors of the badge for their mural to make it their own and to be sure that the artwork stood out against the dark purple wall.

“We were trying to use brighter colors to make it pop more, but we still wanted to represent the American Legion. We didn’t change much else. That was just our own little spin on it,” she said.

If space allows, Terry and Evans said they hope to add more artwork to their section or surrounding blank spaces along the wall as the mural is slowly completed.

Alred said one other muralist, Amanda Chabaud, will finish the last section of the mural soon.

"We know that this wall is only temporary, but I truly believe that this project has been a powerful positivity movement for everyone involved and for the residents who drive past every day," Alred said. "I hope this opens doors for all artists involved and encourages everyone in Moulton, and those just passing through our community, to be the difference!”