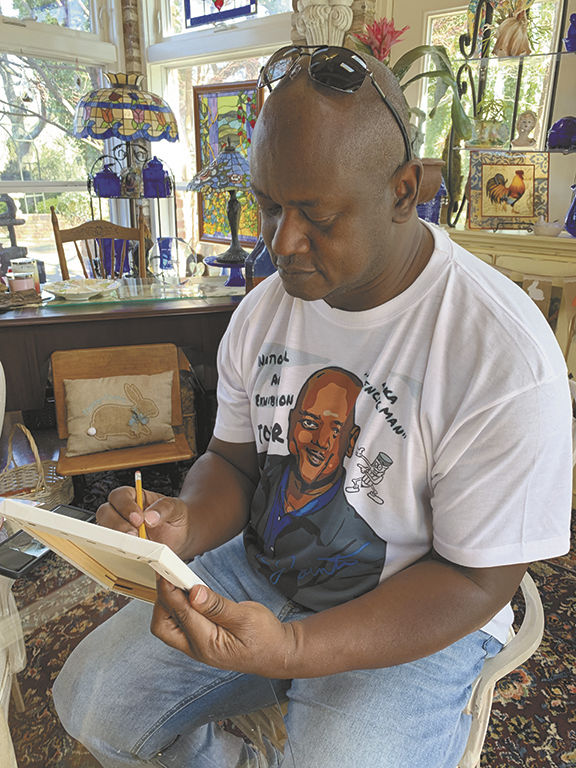 Clarence  “Pencilman” Pointer, a self-taught artist and EL graduate whose work is on display from California to Okinawa, and points in between. 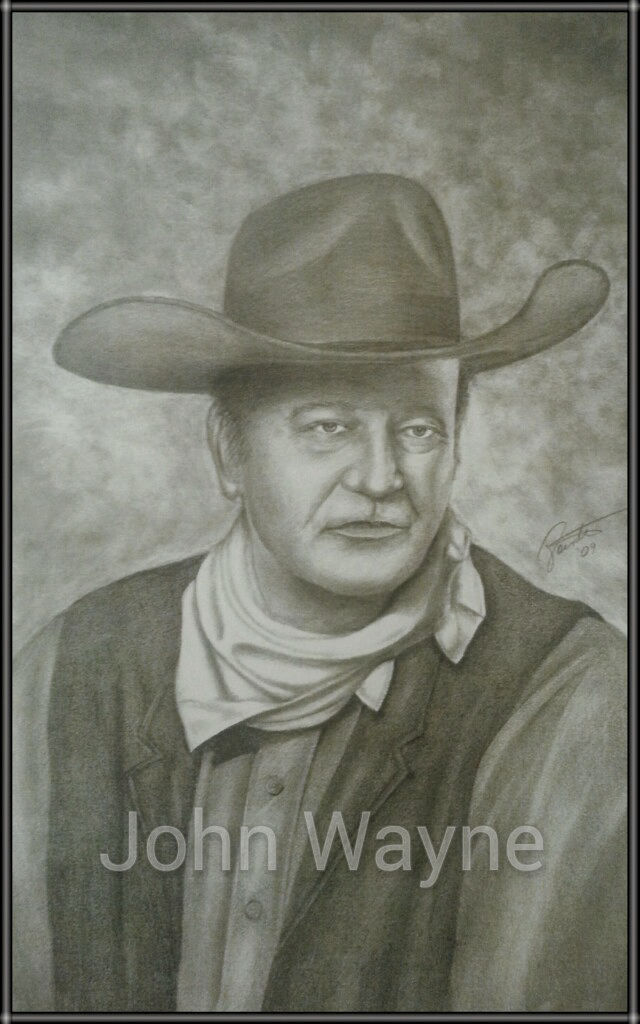 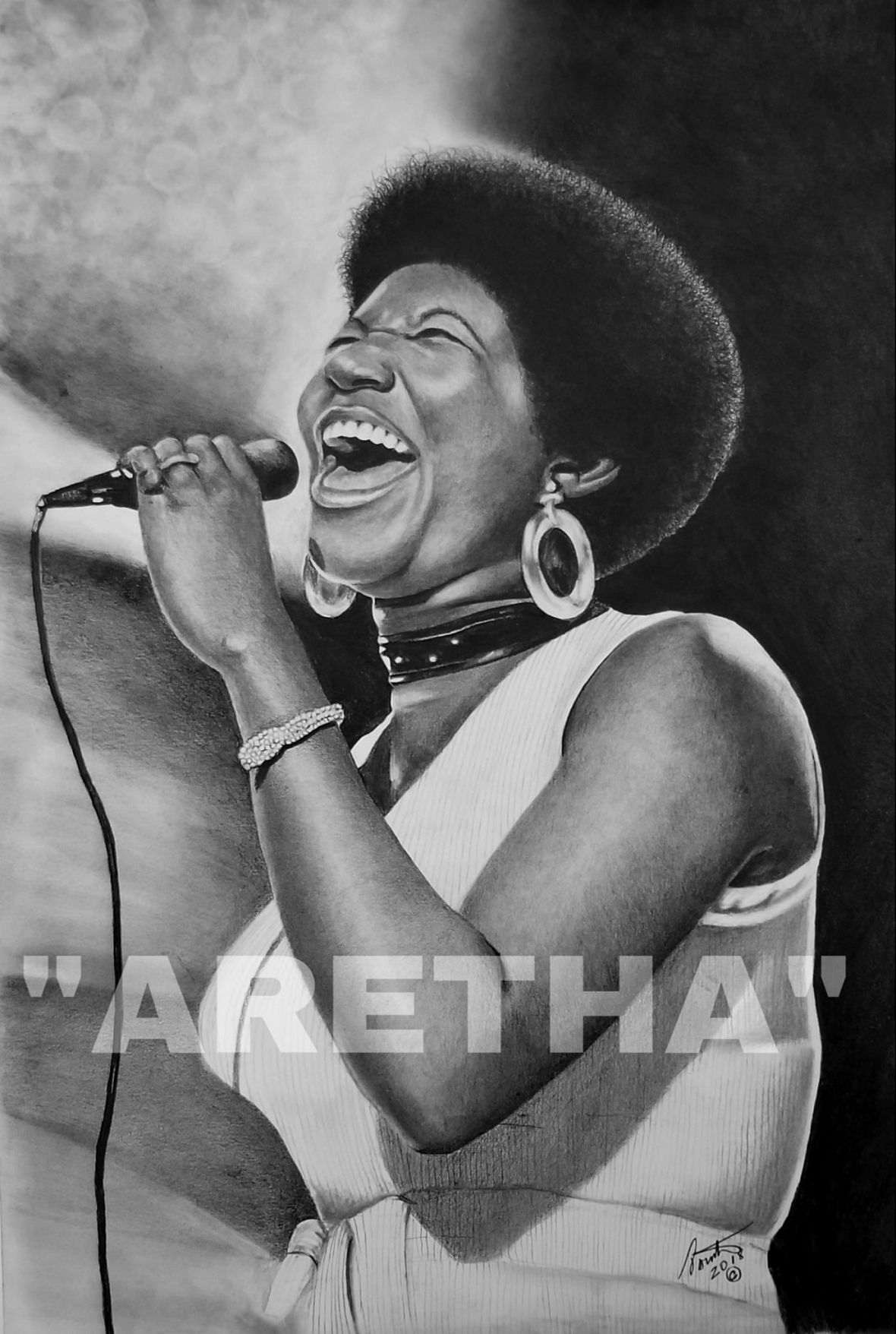 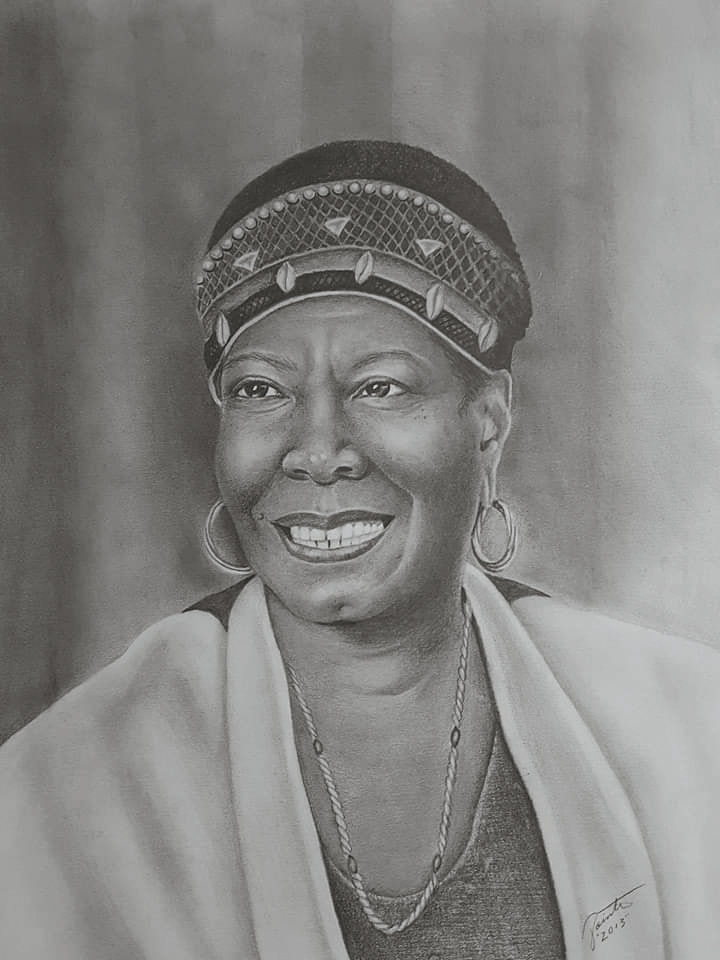 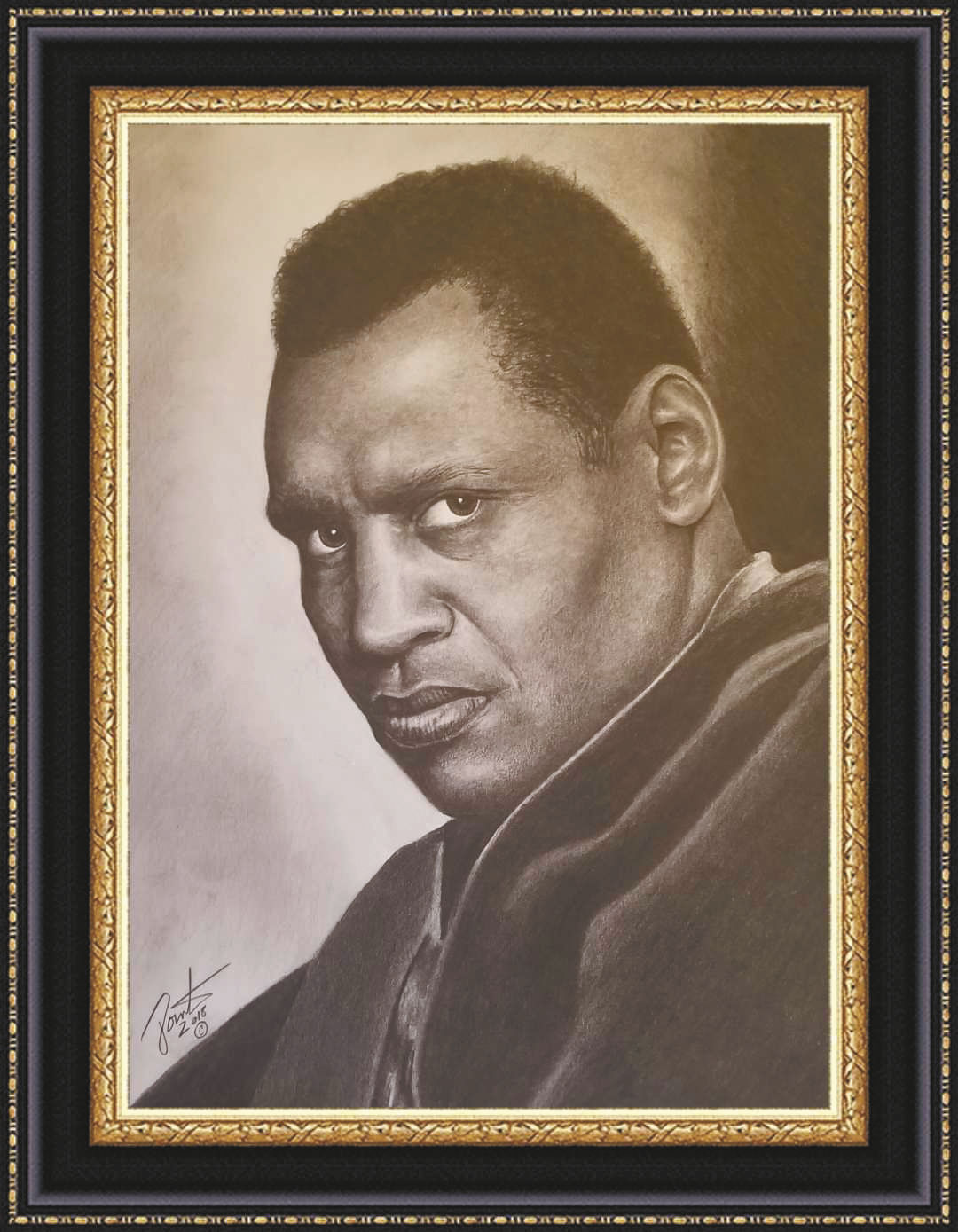 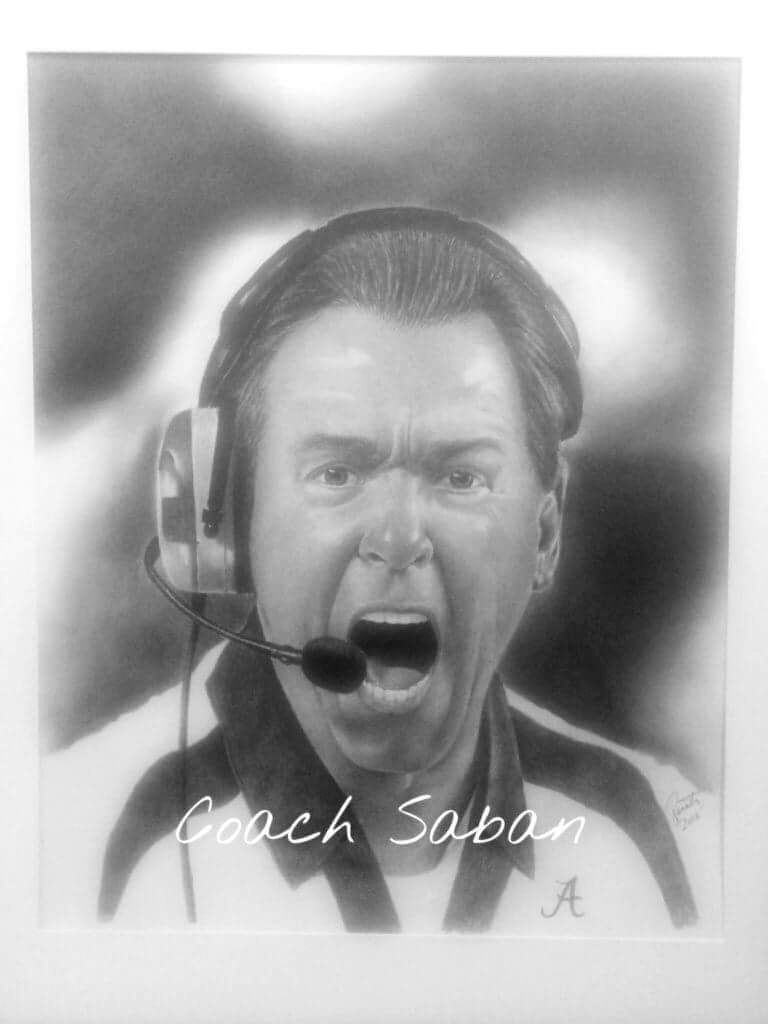 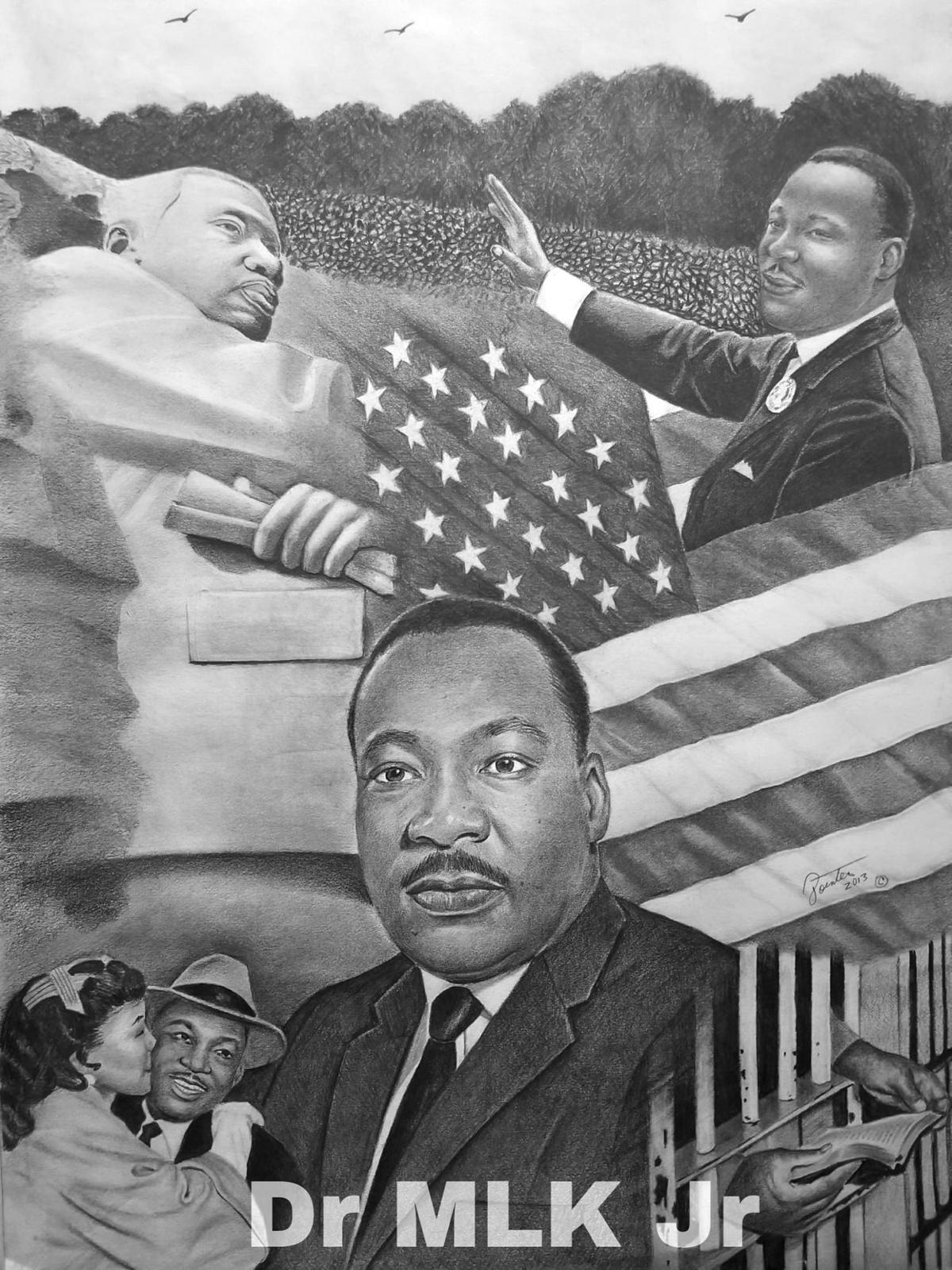 Clarence  “Pencilman” Pointer, a self-taught artist and EL graduate whose work is on display from California to Okinawa, and points in between.

Clarence Pointer was running around with a pencil, drawing anything that would sit still by the age of seven. At fourteen he was drawing the cartoon pirates in magazine contests, and winning! “I joke that I was born with a pencil in my hand,” he laughed.

The East Lawrence graduate of the class of 1981, now has a body of work that is on display from California, where he makes his home now, to Okinawa, Japan, where he helped another artist paint a mural on the wall of a building on an airforce base  there.

He got to Japan by way of the United States Air Force, and if it hadn’t been for a strict sergeant who saw him doodling one day and pushed the young Alabama fledgling artist to be his best self, he might never have drawn again. “I had told him that I wasn’t really interested in drawing for the public,” recalls Pointer. “But then he said he was going to knock on my door every day at 5:00 p.m. until I changed my mind.”

It took four days of relentless knocking before Pointer realized that the sergeant was serious about his resuming his artistry. “I do realize that this is a God-given talent,” said Pointer. “I try to always stay true to this gift and use it for good.”

It was the beginning of his becoming a paid artist. He supplemented his military income for the next four years by painting portraits for his shipmates to send home.

He settled in California’s Antelope Valley, about an hour and a half from Los Angeles, after his four years in the Air Force was up. He did a lot of promotional work for the Air Force, and some art shows and contests. In one he entered three pencil portraits and came away with first, second and third place awards.

In 2017, the City of Los Angeles hired him to do a portrait of Smokey Robinson’s wife, Claudette, for a ceremony they were giving her. His work, already well-known, skyrocketed after that. He received requests to do portraits of famous people like Paul Robeson. His 18x24 portrait of Robeson was commissioned for the 25th anniversary of a theatre owned by Danny Glover. It was there that he met Willard Pugh, the actor who portrayed the character of Harpo in the movie, “The Color Purple”. The actor asked if he could put one of Pointer’s drawings up on his facebook page…the rest is history. The facebook entry got 2,000 hits in 28 seconds.

Now, about 300 portraits later, he is home in Lawrence County visiting relatives and places like ELHS that were important to him in his youth.

He is still a country boy at heart, born in Hillsboro, Alabama. “I love the attention that my work brings, but I’m still rooted in Alabama,” he says. “I love being who I am, and love fulfilling the gift that God gave me.”

His goal is to inspire courage and power to kids who think they can’t do anything because they come from a rural area. “Art can be a career, it doesn’t have to be just a hobby,” he stressed. “It’s more than chasing a dream, it’s conquering that dream,” he said.

He participates in a lot of events, and has an exhibit of his work about twice a year in California. He uses museum quality paper and soft drawing pencils, often drawing in bed, pad pulled up to his knees, listening to soft jazz music and working his magic, bringing faces to life.

His favorite moment was meeting Rosa Parks, and gifting her with a portrait he’d done of her.

He is working on a book featuring his work and will soon have his work featured on a magazine cover, his third, for SportsLife Magazine. His first cover for the publication was of LaBron James, and his second was of Chase Elliott. The third will feature Snoop Dog.

He is visiting some art classes in the valley while he is here and hopes to reconnect with some of the teachers who influenced him and helped to guide him along his path, like Rosemary Lewey, who he credits with being instrumental in encouraging him to keep at it, and several others.

* He has had artwork on sitcoms, Hanging with Mr. Cooper & Sparks in the 90’s

* Dr. Frederick K. C. Price founder of Ever Increasing Faith Ministries; Crenshaw Christian Center one of the worlds largest churches has one of “Barack Obama” masterpieces showcased in his pastoral office

* Featured on the Local Edition in January 2009; a Time Warner Cable Company Television Program reaching all of Southern California

* Selected as Art Director and Illustrator for JMC Gospel Music Record Label in January 2009 by Founder and CEO Janice Marshall. He will be the sole artist to create and design every CD cover. He will be bringing true art back to form like back in the day

* Actor Sy Richardson, the multi-talented actor, who is famous for his character roles and one man shows

* Actress Troy Byer of Dynasty and The Five Heartbeats

* Recently was selected to create a drawing of Apollo Theater Percy Sutton and PR Specialist Terrie Williams for a Washingtion D.C. Awards event in which both received Legacy Awards in 2010

* Appeared on the inspirational Antidote TV show in Atlanta, GA

* Hand-selected to create an image of Ambassador Andrew Young for the It Takes a Village Foundation in Las Vegas.

* In 2013 appointed a premier artist for the Dallas Cowboys

* A member of TWICEDOT.COM online newspaper as the Art Director

* Art Exhibition at the Beverly Hills Country Club, where Malcolm-Jamaal Warner personally autographed his masterful drawing of him

* Will be donating an original drawing of Sojorner Truth to the museum in Sacramento, CA in her honor

* Selected to create an image of Bill Duke for an 2015 Black History event in Hollywood, CA

* Commissioned to creat a drawing of legendary activist and comedian Dick Gregory for the 2015 4th Annual Comedy Convention in Hollywood, CA

* Called upon to create an image for Yolonda YOYO Whitaker, for a Hollywood event celebrating her 25 years in the music industry in 2015

* The artist exclusively for Sports Life Magazine, gracing the cover and all the interior artwork indefinitely

* Was chosen to create a portrait for the legendary Mr. Hank Dixon, the last existing member of The Originals a Motown singing group.  Their hit record was “Baby I’m For Real”

*Was selected to create a portrait for the legendary Mr. Gene Chandler “The Duke of Earl” as he received his Entertainment Legacy Award

*Honored as Best Celebrity of the Year 2017 by www.citrilstarz.com

* Chosen as Man of the Year by www.neinformer.net magazine 2017

* He serves as a mentor to  many via social media as well, giving of himself and sharing what he knows through his journey

A portion of the proceeds are donated to needy charities around the world.

I have the pleasure of seeing his artistry all the time on Facebook. Sometimes when I'm having a bad day and I'm looking on my TL and out the blue, his art comes on my TL with such vibrancy and realism. Sometimes like the picture of the Dallas cowboys and other pictures he has on his Facebook page they make you feel part of that moment in time it takes you back to a beautiful memory. I love his work! When I ball to I fall I want one of his work on my wall.

Thanks for the kind words

Brilliant work! I see stumbled upon his work on Facebook. I saw his portrait of Paul Robeson and gasped in delight. I recently attended an exhibit in NYC on rhe artist Charles White. I feel that Clatence picked up where Charles White left off. God given talent that continues to be nurtured!

Thanks Jennifer, you are a mindreader. Yes Charles White was my initial inspiration