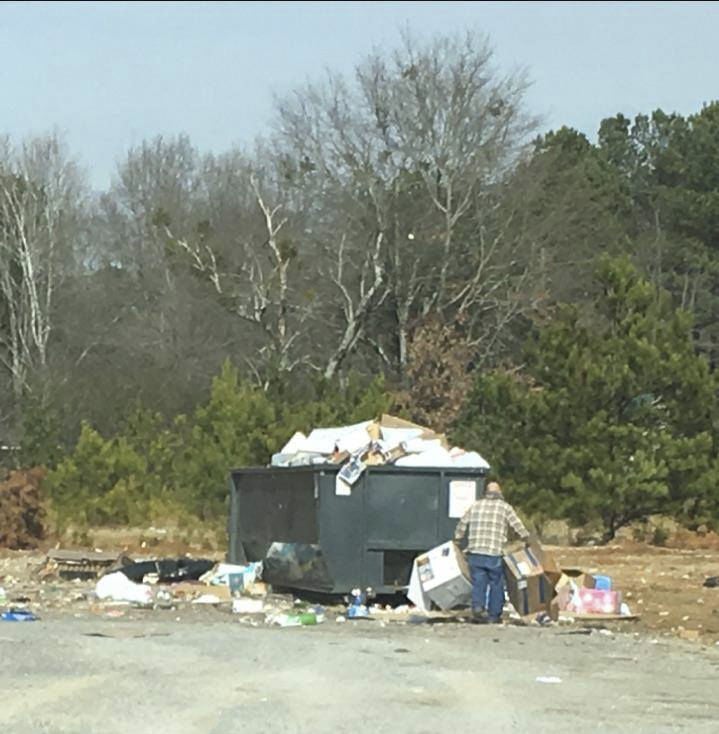 A man unloads boxes at an overfilled public dumpster in Lawrence County. Solid Waste asks for people to only dispose of trash in dumpsters that are not full. 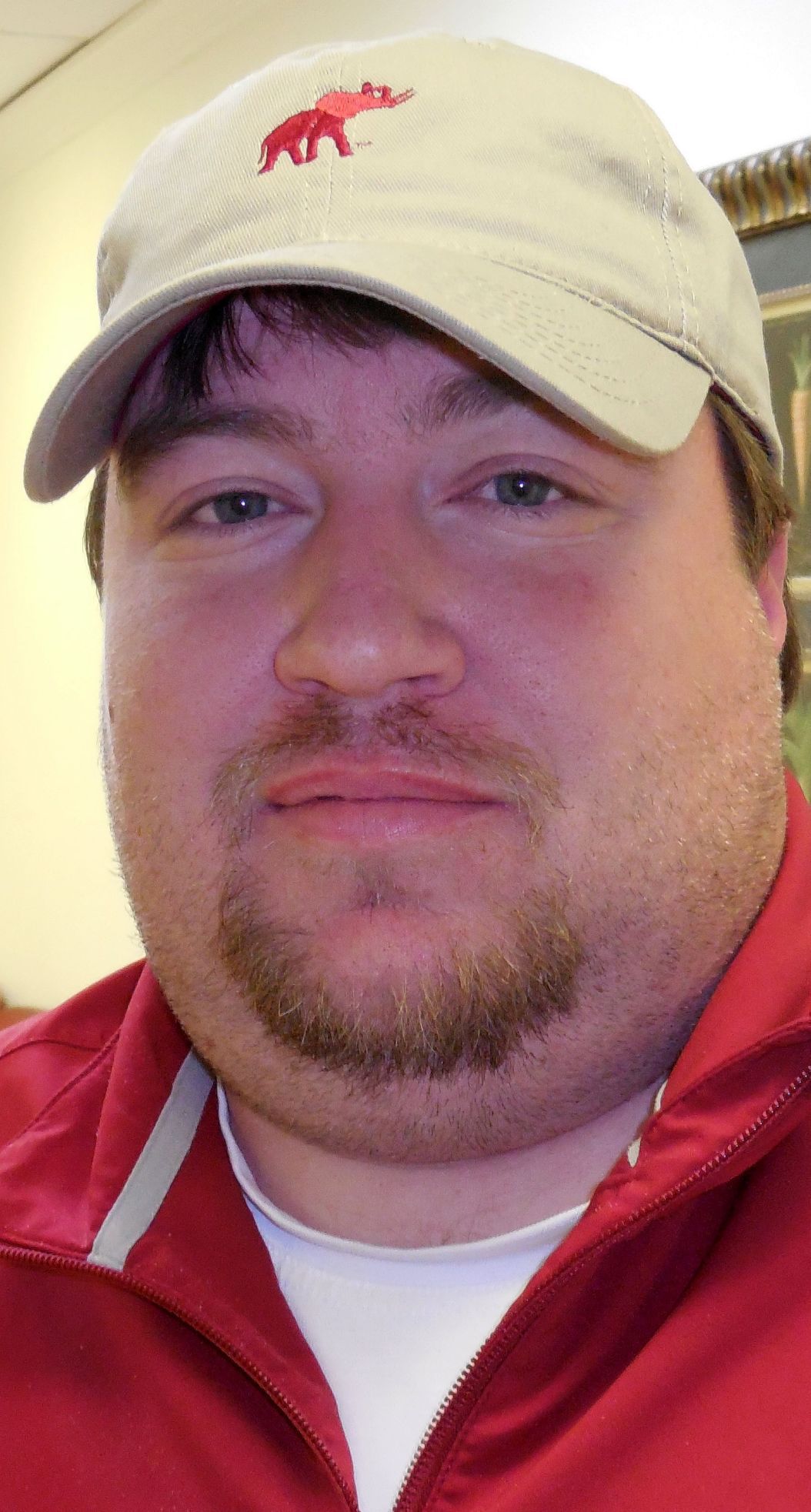 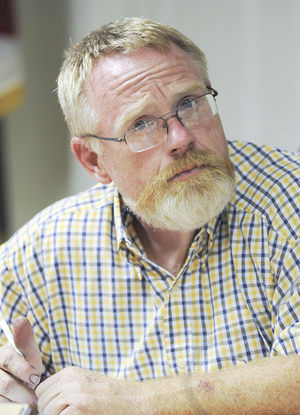 A man unloads boxes at an overfilled public dumpster in Lawrence County. Solid Waste asks for people to only dispose of trash in dumpsters that are not full.

Trash continues to pile up around Lawrence County and more and more people are speaking up about it, including public officials.

Willie Allen, director of Lawrence County Solid Waste, says one of the main problems he encounters is overfilled dumpsters.

“What people need to realize is that they’re over filling these dumpsters,” Allen said. “Here’s the thing, when that dumpster is full it’s going to be emptied and it will be back. And odds are, it will be back pretty quickly.”

Using an analogy, he said one should be able to lay a metal sheet across the dumpster and it lay flat, otherwise it causes transport issues and puts an unnecessary burden on the people who are responsible for maintaining the dumpsters.

“We picked up a thing at Veteran’s Park the other day and we filled the roll-off just with what’s on the ground,” he added.

District 5 Lawrence County Commissioner Joey Hargrove brought the issue of littering at Veteran’s Park, which is in his district, to the attention of his fellow commissioners at their meeting Friday morning. He said there have also been several incidents of vandalism since Christmas.

“It’s just one thing after another,” Hargrove said.

There was a dumpster in Veteran’s Park, but it was removed after people kept dumping their trash around it. Hargrove says they have decided to give it another chance and a dumpster will  again be placed at the park by some time next week.

“We just got to the point where we took them out,” Hargrove said. “We finally got it cleaned up, and thank goodness nobody’s dumped anything else.”

“To me, the mentality of people throwing it on the ground is asinine,” he added. “We’re not supposed to send out road detail to clean up, and we do.”

Some items he said have been found dumped at the park include: carpets, building material, tires, and even a washing machine. Meanwhile, he said vandals have “destroyed” both bathrooms, tore the pipes out, busted windows of the concession stand, and tore up the grass with all-terrain vehicles.

Allen says more money will not fix the ongoing problem, rather, it will take an attitude change on the part of citizens.

“In my opinion, we can’t throw money at a recurring problem,” he said. “We’ve picked up areas before, and we come back two days later and it needed to be picked up again. If we, Solid Waste, did not clean up around the dumpsters, it would look worse than a landfill.”

Allen says the Lawrence County Commission pays for dumpsters. He said it costs at least $100,000 each year for Solid Waste to maintain the dumpsters.

“I’ll be the first to tell you I was in favor of removing them,” he said. “If it continues the way it’s going, I’m going to be encouraging for that to go away.”

Hargrove and Allen are on the same page when it comes to the dumpster service.

“It can come to a complete stop, and we don’t want to have to do that, but it will if people keep taking it for granted,” Hargrove said. “We’ve got a few bad apples that ruin it for all of us.”

Littering on the side of the road is another issue that plagues the county. Allen says the litter is not only bad around the highways, but around the entire county, including parts of the Bankhead National Forest.

“Our main thing is we have to get people to take pride in our county,” Allen said.

If you see someone dumping or littering, Allen says to try and get a picture of them in action, as well as their tag number, if possible, then contact either the Sheriff’s Office or Solid Waste.

“We want people to be willing to go to court with us,” he said.

If a dumpster is filled, notify Solid Waste by calling them or sending them an email.

Some have suggested bringing back the Adopt a Mile program as a partial solution, or encouraging churches and civic organizations to volunteer to clean-up.

If you or your church, schools, neighborhood, or any other agencies are planning on participating this year, Solid Waste and the county commission office will have the following materials and supplies available to pick up at their offices, according to a Facebook post from Solid Waste, beginning March 19th: large trash bags, ad slicks for promotion, window decals, reporting forms, safety tip sheets, AL PALS program brochures.

Allen said a list of public dumpster locations will soon be posted to the Lawrence County Solid Waste’s Facebook page.

It's real simple, start charging or taxing...in other words, add onto car tags, a tax or onto driver license, a tax, for more garbage service. There is no reason why EVEYONE can not pay a small amount of tax...for more garbages. If there were more dumpsters, there would be less litter on the roads and around dumpsters. ALSO, charge a fine for littering!... Most all states do! Once a few have been fined, word will get out and it will stop or at least will slow way down...Of example, WA state charge between $500 to $1000 of caught throwing garbage out the window or throwing anywhere..