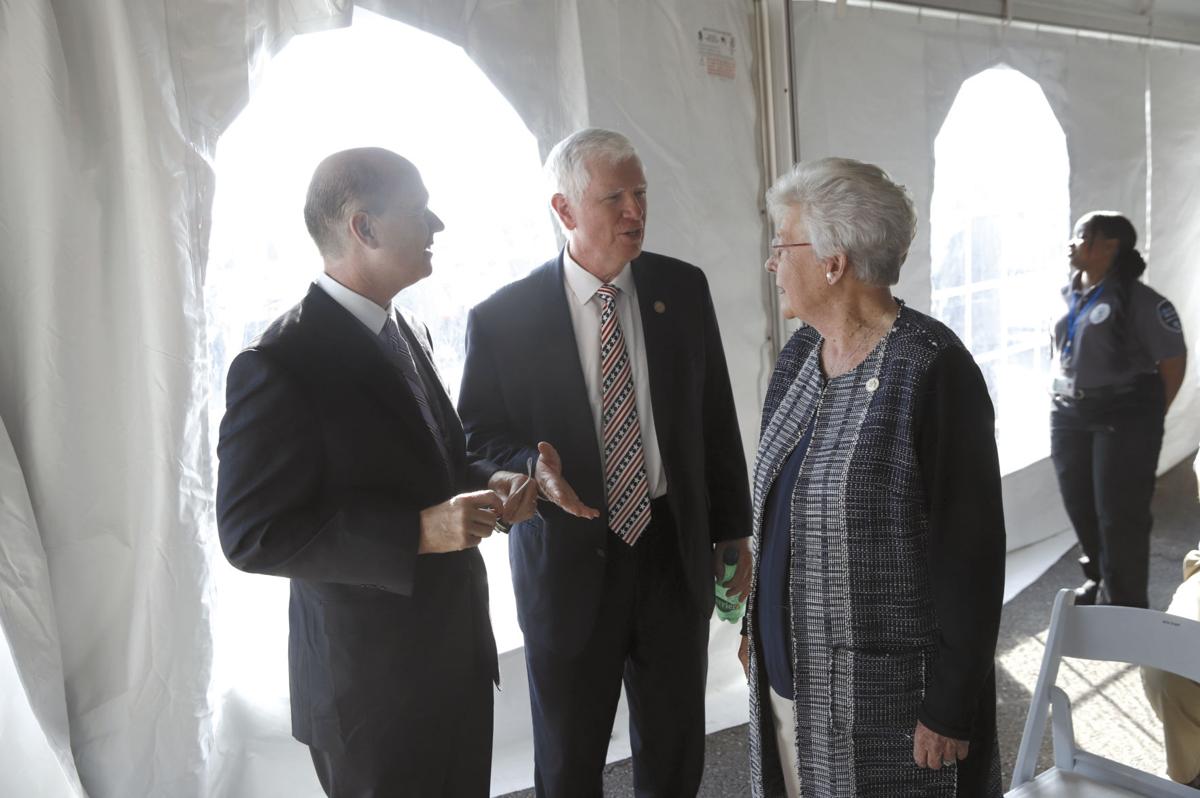 Pictured from the left, Congressmen Robert Aderholt and Mo Brooks talk with Gov. Kay Ivey at the Lockheed Martin construction site in Courtland on Monday. Lockheed Martin announced it would begin production on hypersonic missiles at its Courtland facility. Deangelo McDaniel / Special to The Advertiser 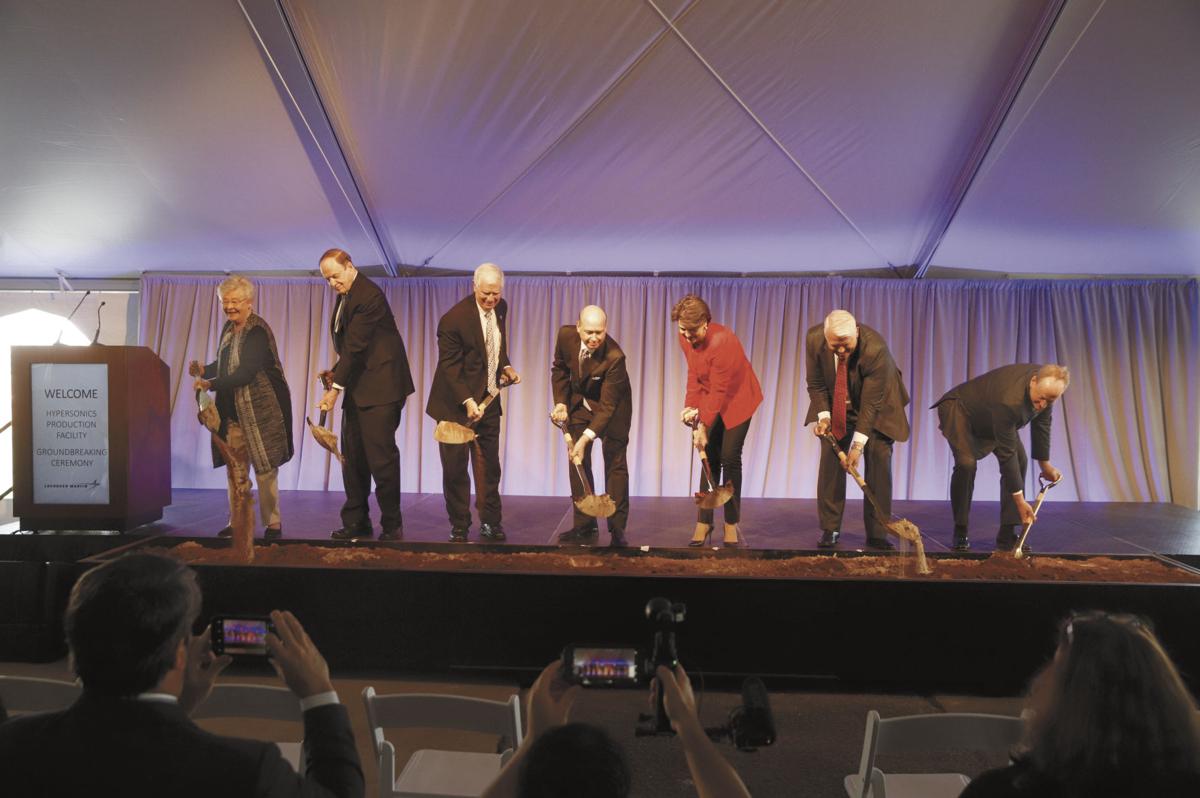 Pictured from the left, Congressmen Robert Aderholt and Mo Brooks talk with Gov. Kay Ivey at the Lockheed Martin construction site in Courtland on Monday. Lockheed Martin announced it would begin production on hypersonic missiles at its Courtland facility. Deangelo McDaniel / Special to The Advertiser

Lockheed Martin President and CEO Marillyn Hewson said the decision will bring 72 new jobs to Courtland over the next three years and expects continued job growth.

“Our company’s roots go back 25 years in Alabama,” Hewson said. “This hypersonics program will forever change the way the United States and its allies deter our enemies and, if necessary, respond.”

Hypersonic missiles are long-range weapons that can travel at speeds five times faster than the speed of sound (Mach 5 and faster), Vice Admiral Johnny Wolf of the U.S. Navy explained.

He said the missiles that will be developed in Courtland use a rocket to project the weapon into space where it rides through the atmosphere beyond the range of missile defense systems until it is ready to strike.

Lt. General Neil Thurgood, director of hypersonics for the U.S. Army, said other countries and some of America’s adversaries are working on the same technology.

He said the military has successfully tested the hypersonic missiles, and development for weapons that can reach Alabama from California in less than an hour could be ready for deployment by 2023.

“On behalf of Lockheed Martin, we are honored to expand our presence in Northern Alabama and watch as the next cohort of innovators take advanced defense technology to levels we once thought were impossible,” said Scott Keller, vice president and general manager for Strategic and Missile Defense for Lockheed Martin.

“Here on the local level, you’re looking at 75 or so good-paying jobs for Lawrence County and the Tennessee Valley. These jobs—somewhere in the neighborhood of $70,000 plus excellent benefits—that helps strengthen our community,” he said. “At the national level, perhaps more importantly, this is a win for the United States of America, because here in the Tennessee Valley, we’re going to be building a weapon system that is unmatched in human history.”

The vice president of hypersonic strike work at Lockheed Martin, Eric Scherff, said the new jobs will be “technical and very hands-on,” and offer competitive wages.

He said jobs are open to workers with a two-year technical degree, but “do not exclude high school students with an affinity for technology or an affinity to work with their hands.”

He briefly described an upcoming Advanced Manufacturing Technician Apprenticeship Program for such students, which allow them to earn wages as they learn the skills they need in a five-week program.

AMTAP is a certification program designed to help students build skills necessary to construct electronics hardware and develop a career in space operations.

“Lockheed has really been working on their workforce development, and they want to be hands-on in the school system,” Tabitha Pace, the president and CEO of the Lawrence County Industrial Development Board, said Monday. “This is just the beginning. I’m excited about today, but also for the possibility of what’s coming for Courtland.”

Lockheed will also bring another 200 jobs to Huntsville, where it is locating its management and engineering workforce for its program, according to Gov. Ivey.

“Lockheed Martin has a longstanding relationship with the state of Alabama, and I am proud to see that strengthen even more as they make our state the flagship location for their hypersonic programs,” said Ivey. “Both Courtland and Huntsville will gain new jobs, which is always welcome news. I am proud and confident that Alabamians will help advance Lockheed Martin’s goals as we begin working towards the advancements of the future.”