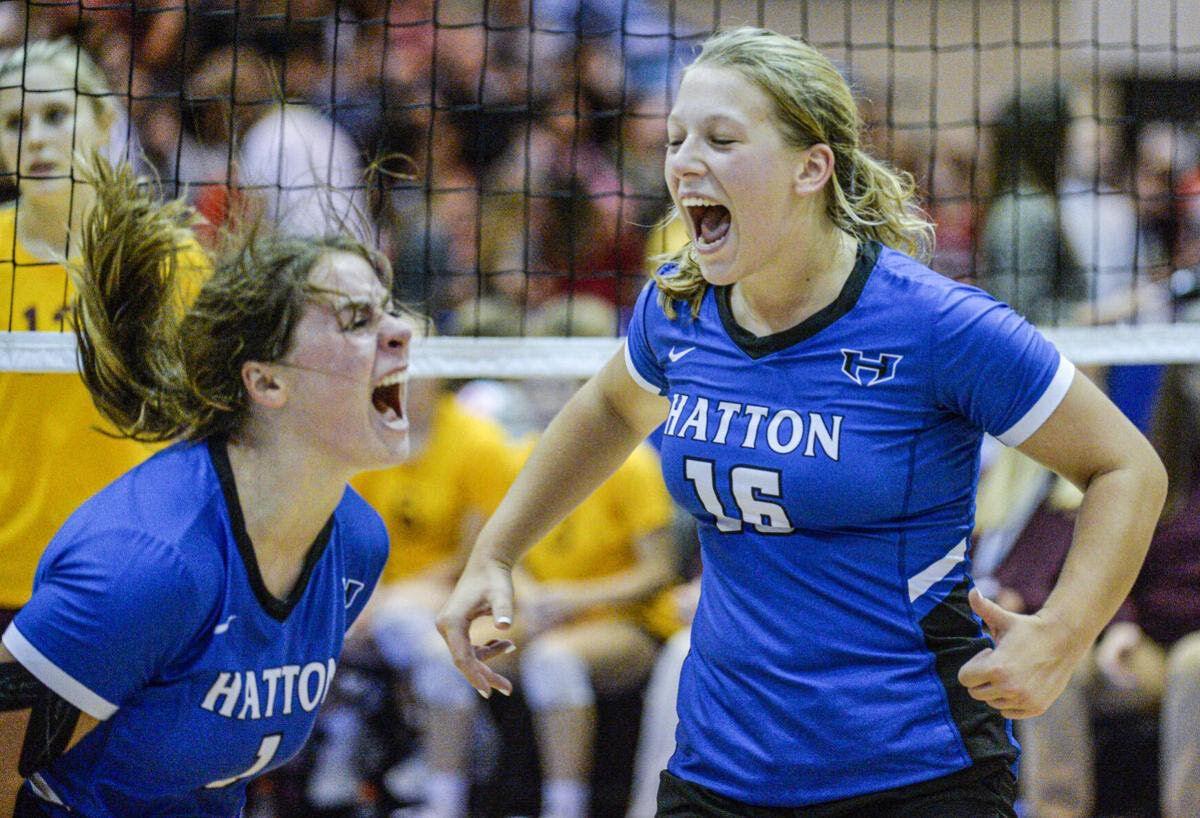 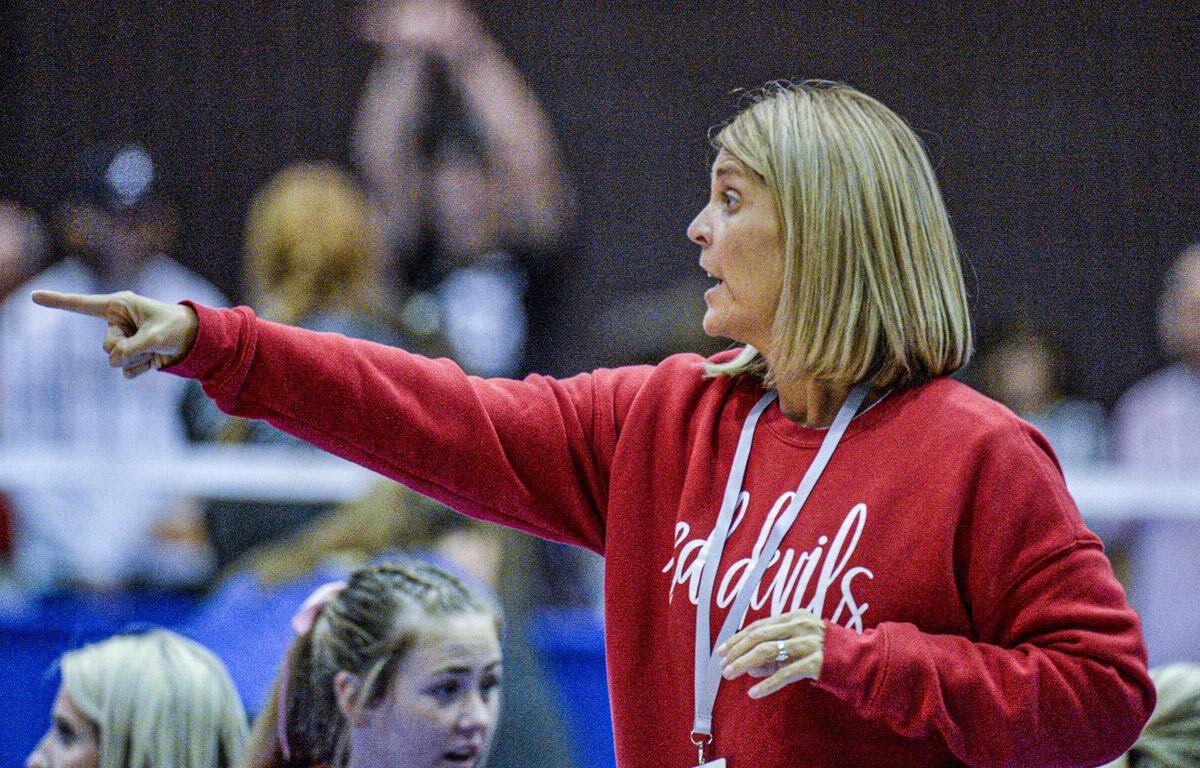 HUNTSVILLE – For the Hatton Hornets, it wasn’t their night. At least not yet.

The Hornets fell to Addison Thursday night in the finals of the 2A regional volleyball tournament 3-1.

The No. 2 ranked, and defending state champ, Bulldogs have shared an area with Hatton all year. Addison has bested the Hornets in their four meetings this year, but the Hornets are pleased with the progress they’ve made.

“They’re a great team and we learn so much every time we play them,” said Hatton head coach Amy Speegle. “we’re still getting better by playing them, even though we’re not coming out on top.  Earlier in the season we couldn’t get a set on them and the last few times we played really good early on. I think endurance is a thing we still need to work on, finding a way to push out to win.”

Hatton defeated No. 4 Spring Garden 3-1 to set up the finals rematch with Addison. The Hornets had an amazing set, beating the Bulldogs 25-19, before losing the next three. Addison got the upper hand by neutralizing Hatton’s star outside hitters Kailyn Quails and Bradyn Mitchell.

“They started tipping and rolling the ball right over the block and we couldn’t adjust. Then we started having some serve receive errors that put us in a hole,” Speegle said. “They also did a good job of keeping us on defense. We had to scrap for balls and couldn’t set up that perfect pass to get the hits we wanted.”

Despite the loss, the Hornets were pleased with earning the second seed in the 2A state tournament.

“We would’ve liked to come out with the win, but earning the two seed puts us in better shape than Hatton has been in a long time,” Speegle said. “Last year we had to play G.W. Long, the defending champs, and even though we pushed them to five sets it was a tough draw. We really feel like we’re set up well to make a run.”

Hatton will play Ariton in the first round of the 2A state tournament on Tuesday. The winner will play the winner of Orange Beach and Spring Garden. The Hornets will avoid No. 1 G.W. Long, No. 2 Addison and No. 3 Sand Rock en route to the finals.

With the Red Devils win over Ramsay, they not only earned the third seed in the 5A state tournament, but Hutto picked up her 1,000 career win.

“Earlier this season we didn’t know if we’d get there, then last night Anna Clare (Hutto) asked me how close I was. I calculated it and showed it to her and it said 999,” Robyn Hutto said. “It doesn’t seem like it’s been that long but it’s a great achievement and it’s even sweeter that it came in Anna Clare’s senior year.”

Lawrence County suffered a demoralizing loss earlier in the day. After dropping the first set, the Red Devils came back to take a 2-1 lead on Brewer and led 19-11 in the fourth set. However, the Patriots made a comeback of their own, winning the fourth and fifth sets to take the match.

The Red Devils then were put in a match with Ramsay to decide the third seed. They trailed 2-1, but came back to win 3-2,.

“The first game was tough mentally,” Hutto said. “We got down against Ramsay, but that comeback was huge. I was tag teaming coaches telling them ‘okay it’s your turn to tell them something.”

It was a huge win, not just to secure Hutto’s 1,000 win, but to also keep them away from Bayside Academy, winners of 18 straight state championships.

“I’m going to be honest, my goal today was just to stay away from Bayside,” Hutto said. “I think the bracket sets up good for us, and if we see Bayside in the finals, we’ll just let the chips fall where they may.”

Lawrence County will face Providence Christian on Tuesday in the first round of the state tournament. The winner will play the winner of East Limestone and Sylacauga.