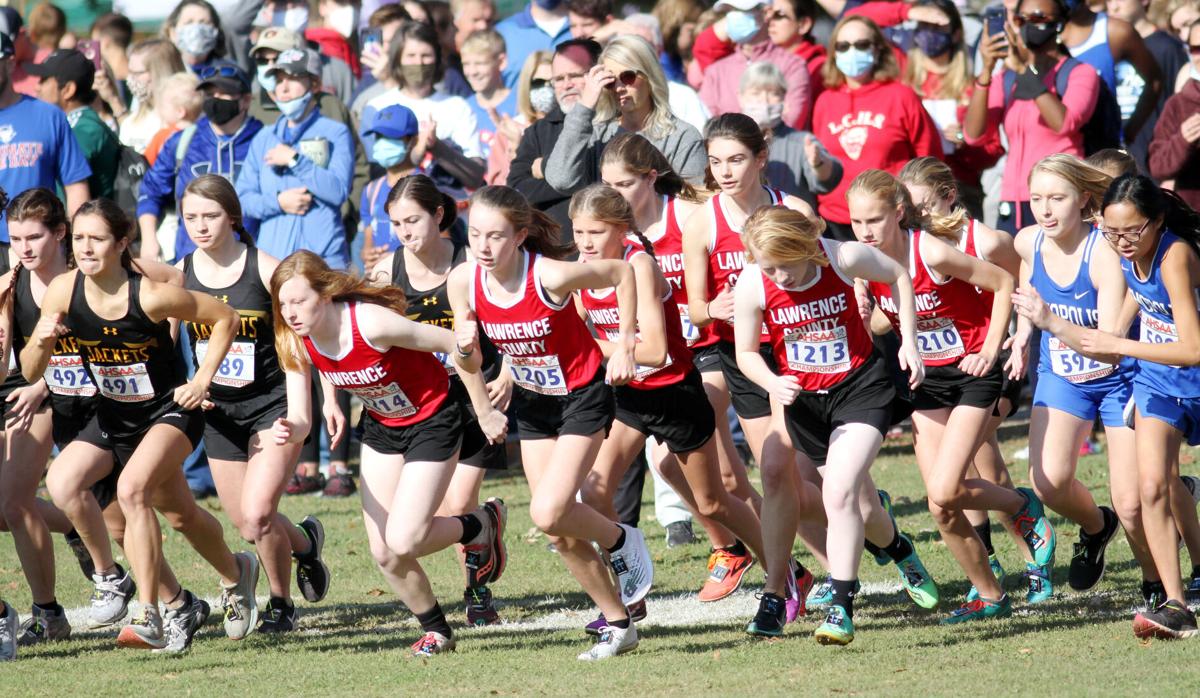 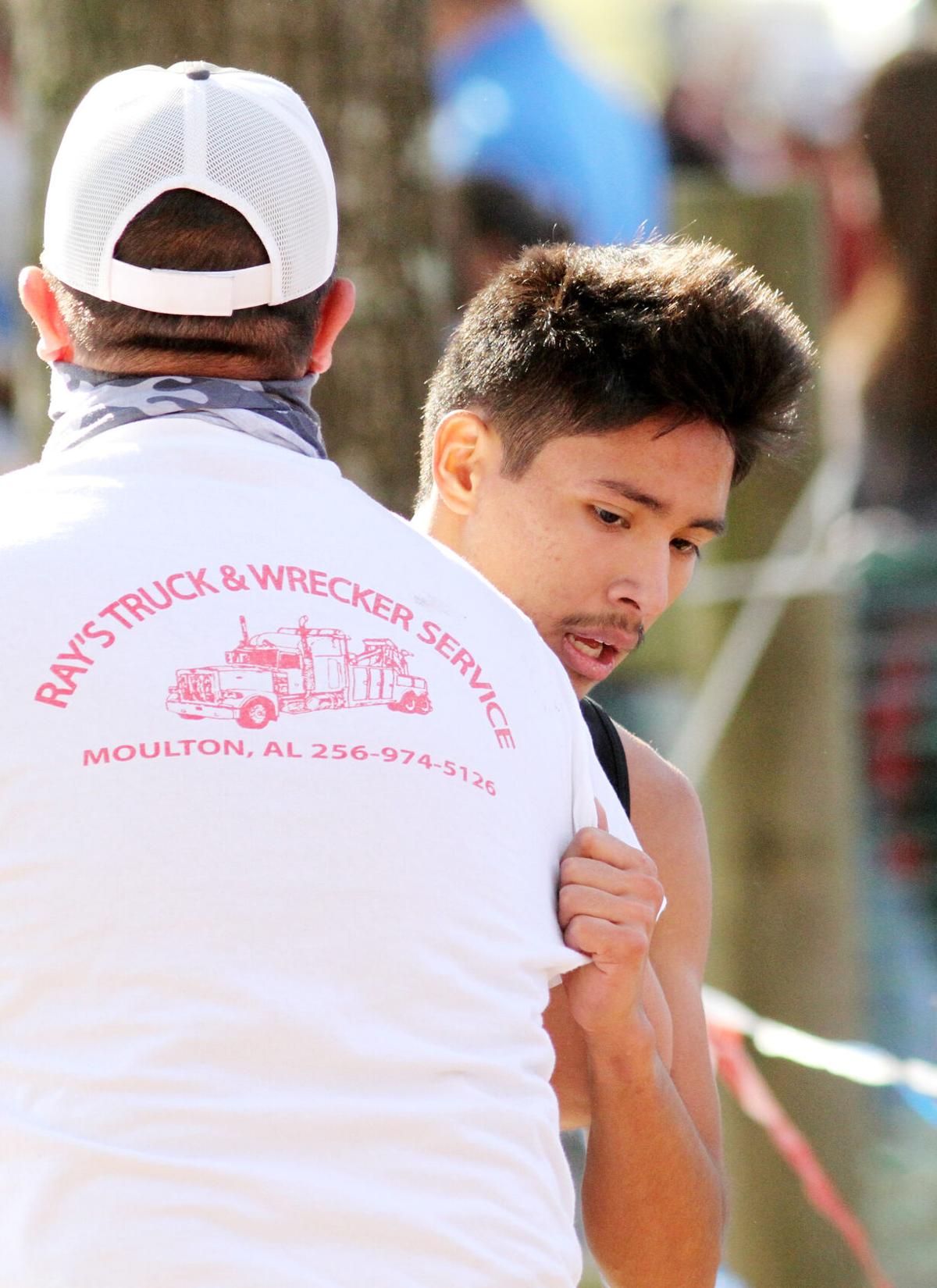 Jairo Lopez, who was Hatton's first finisher in the 1A-2A state championship race, is aided by a finish-line worker.[Photo by Deangelo McDaniel] 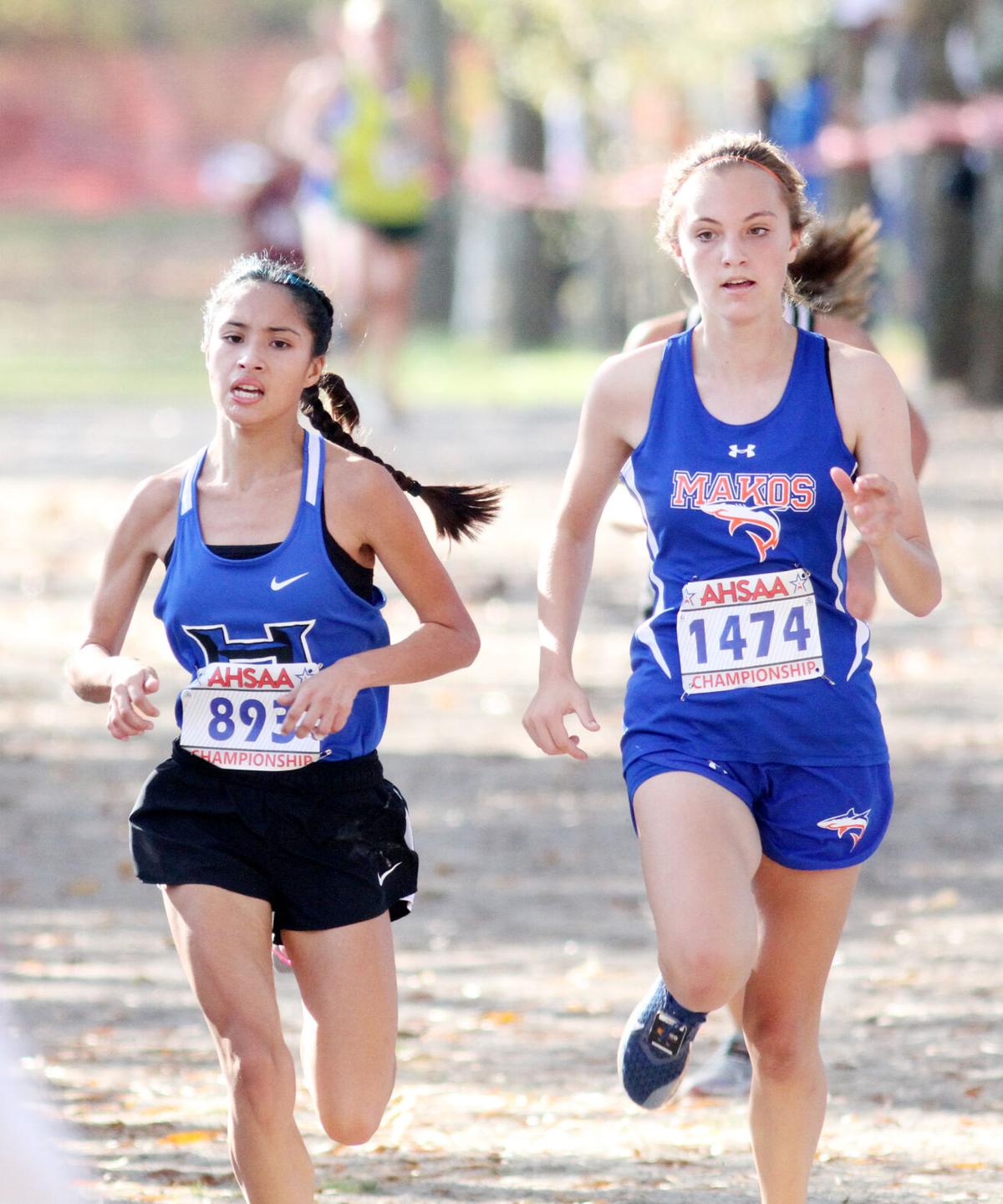 Jairo Lopez, who was Hatton's first finisher in the 1A-2A state championship race, is aided by a finish-line worker.[Photo by Deangelo McDaniel]

It was championship Saturday for two cross country teams from Lawrence County.

The Lawrence County girls won the Class 5A championship at the state meet at Oakville.

Seventh-grader Katie Mae Coan set the pace for Lawrence County with her second-place time of 19:28.27. She was followed by five teammates with top-20 finishes.

“This was a good running day. This is my first state championship, and it feels good,” Coan said.

It was Lawrence County’s first state championship since 2015.

The Hatton boys were led by senior Jairo Lopez, who was fifth overall at 17:55.01. Neidyn Lopez led the Hatton girls with a seventh-place finish at 21:42.65.

To win a cross country team championship it takes several runners having great days and Lawrence County had that with eight finishing in the top 23. Sophomore Taylor Williams was right behind Coan in third place with a time of 19:43.99. Her sister Savannah Williams was seventh at 20:17.75.

Hatton had finishes from Carson Graves at No. 16, Carson Masterson at 18th, Dakota Kidd at 20th and Isaiah Crosslin at 25th.