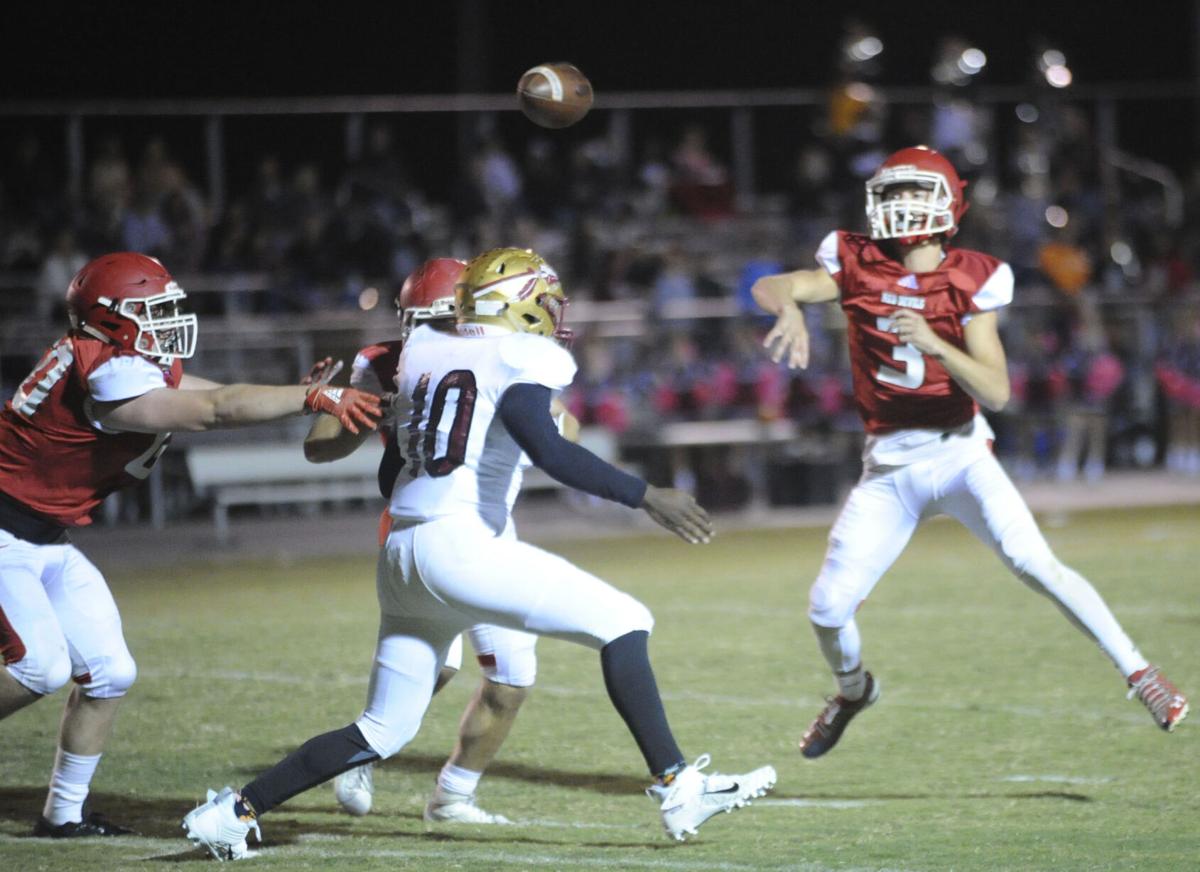 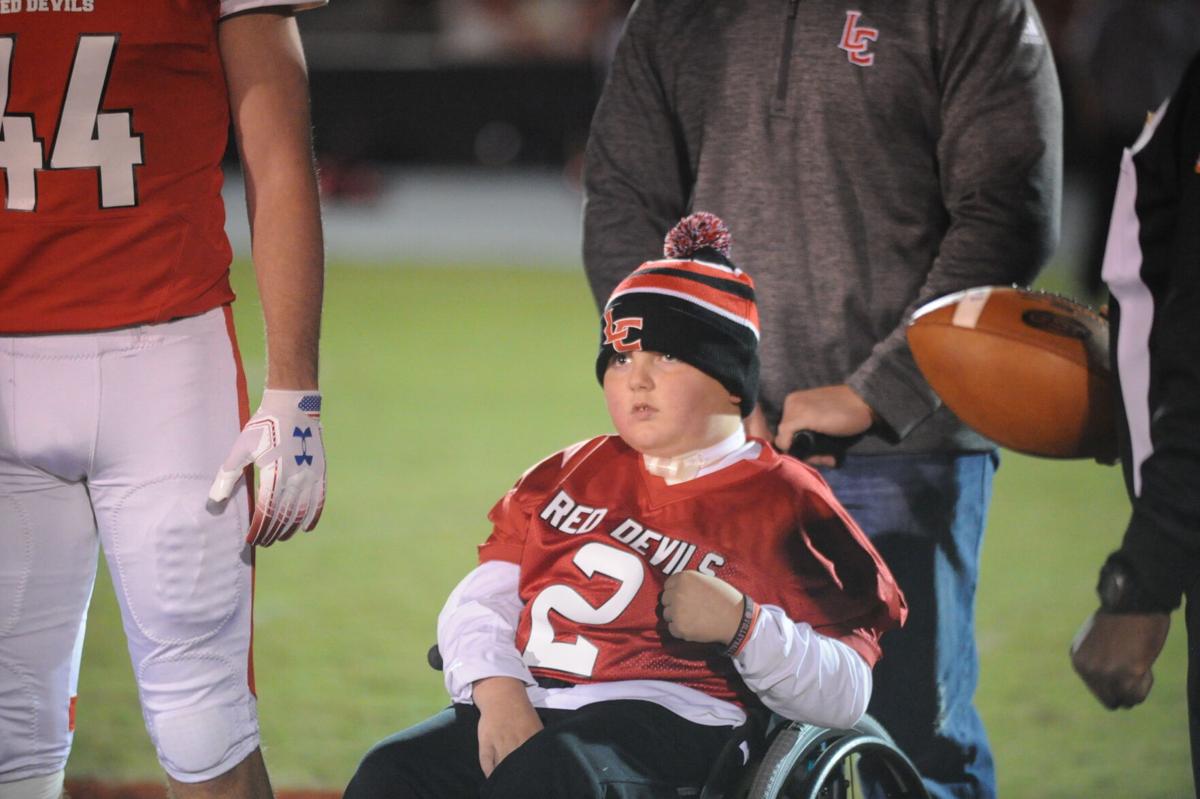 Landen Godsey was an honorary captain Lawrence County Friday night. In December Godsey was the victim of a tornado that sent him to Children's Hospital and also claimed the lives of both his parents.

Landen Godsey was an honorary captain Lawrence County Friday night. In December Godsey was the victim of a tornado that sent him to Children's Hospital and also claimed the lives of both his parents.

The emotions of what had just transpired couldn't help but spill out on the field.

As the final play ended, East Limestone players rushed the field, while Lawrence County's doubled over in heartbreak.

For 48 minutes the two squads went to war and on this night, it was the Indians that came out on top.

East Limestone defeated Lawrence County 20-13 Friday night, and it was largely thanks to an outstanding defensive effort.

The Red Devils kept the pressure on the entire second half, but the Indians made just enough plays to come out with the win.

"Coach (Bobby Earl) Greene did a fantastic job, because they have a talented offense," said East Limestone head coach Jeff Pugh. "They've been putting points on everybody, so we had a tough task ahead of us. I was worried that they would score four or five touchdowns on us and they only scored one."

The Red Devils' talented offense did do a great job of moving the ball, but it was punching it into the endzone that was their ultimate downfall.

In the second half they had two redzone trips end in turnover on downs and another end in an interception.

"It's tough anytime you're in the redzone, but especially when you're taking on the caliber of team like East Limestone," said Lawrence County head coach Rich Dutton. "Credit to them, their defense definitely has a lot to do with that tonight."

East Limestone came out of the gate on fire. Jordan Gardner took a jet sweep 50 yards on the first play of the game to set up a two-yard touchdown run from Kollin Swart. It would be the first of two scores for Swart, who added a 10-yard score in the second half.

The Indians made it 14-0 on their next drive when Jedidiah Sutherland scored on a reverse.

Meanwhile, for the third week in a row, Lawrence County struggled to find their footing. Something coach Dutton says has to change.

"The last couple weeks we're waiting to feel the game out. It's taking us to halftime to understand where we fit so we have to work on that."

The Red Devils did find momentum on the last play of the first half when Allen Johnson picked off a pass at the goaline and returned it 100 yards for a touchdown. They used that momentum for a third quarter score when Lawrence County QB Brody Sparks connected on a 33 yard touchdown to Garrett Lee.

The heart and fight are there for the Red Devils, who are still well in play for a playoff spot, but Dutton says they now have to turn it into wins.

"I think it's been evident since week 1 just how hard this team fights. Now we have to find a way to turn that into wins," he said. "We're still in line for a good playoff spot, but right now we have to overcome our biggest opponent, which is ourselves."

As for East Limestone, who secured their fourth straight win, Coach Pugh says we haven't even seen the Indian's best yet.

"We still haven't played with a full football team. We had four quarantine today," he said. "We had guys tonight starting for the first time. But that's the thing about this group, they take whatever is dished out to them and they overcome it."