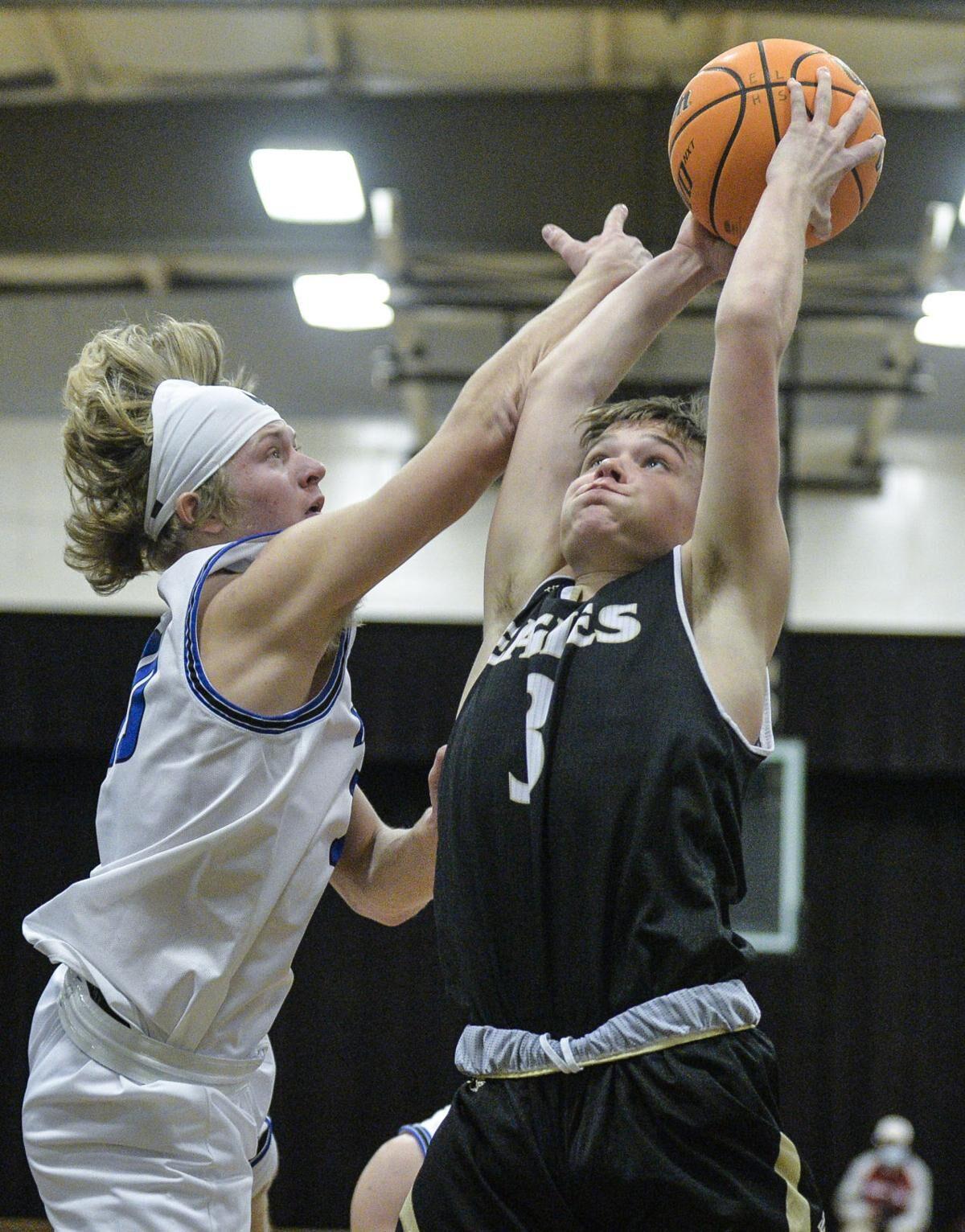 East Lawrence's Payton Davenport goes up for a shot 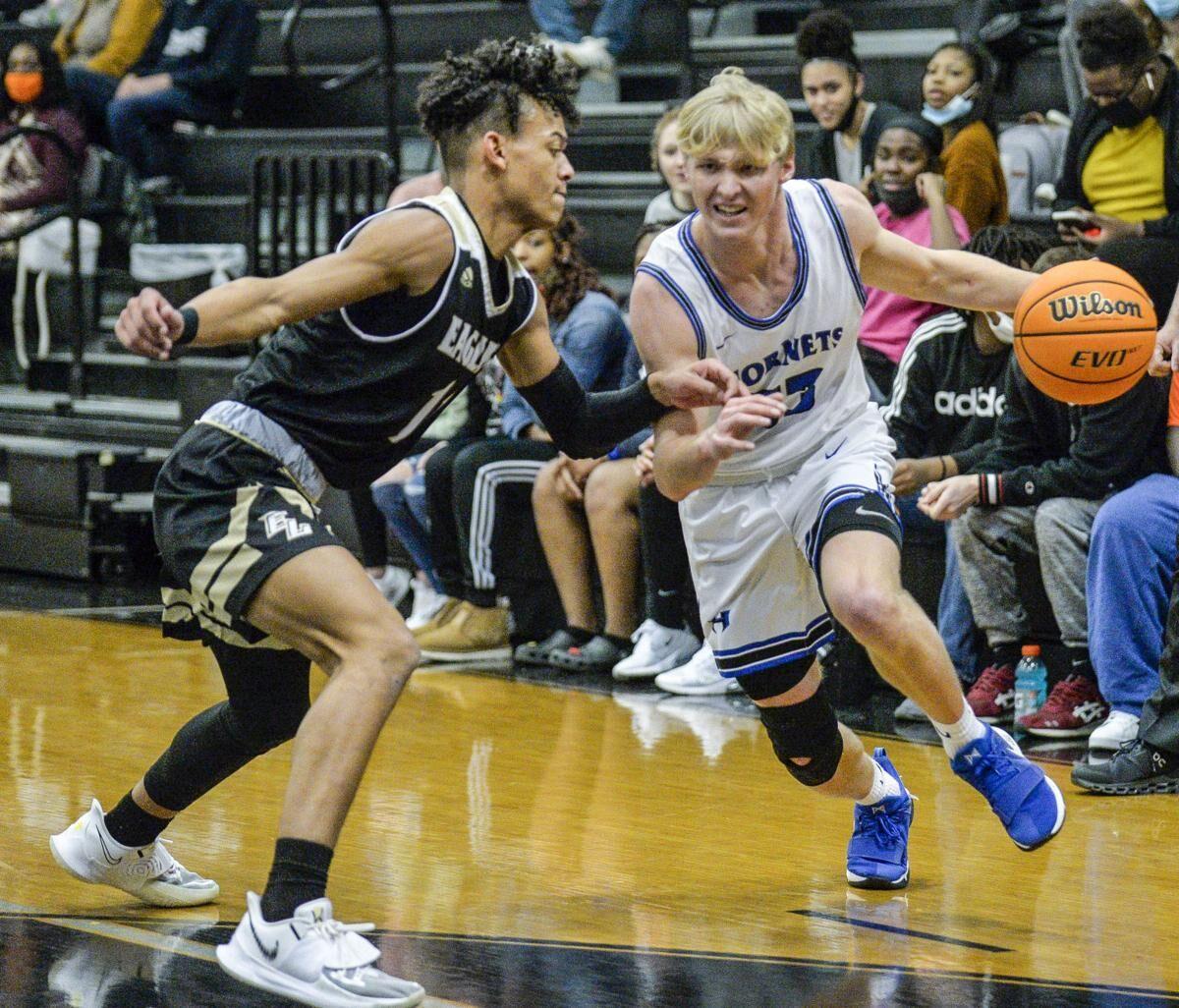 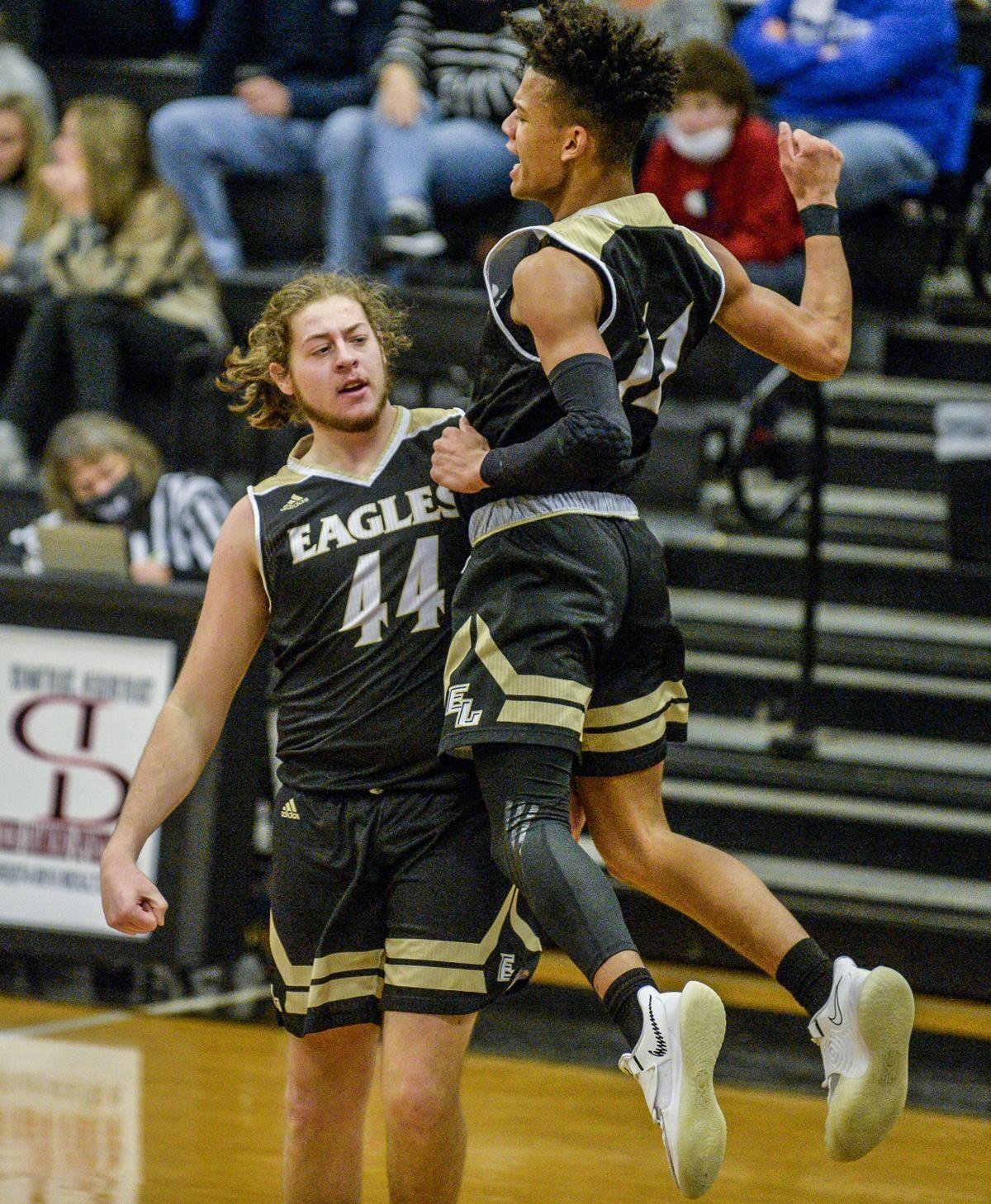 East Lawrence's Payton Davenport goes up for a shot

Payton Davenport has always been a team player, but Thursday night it was his turn to shine.

The senior stepped up when his team needed him the most and he delivered, leading the Eagles to their biggest win in four years.

“We came into this game knowing we had to win,” Davenport said. “When I woke up this morning I knew we had to win. I wasn’t going to let my team down.”

East Lawrence stunned the Class 2A No. 8 Hatton Hornets 72-70 (OT) Thursday in the semi-finals of the Lawrence County tournament.

The Hornets came in riding high on a six-game winning streak, looking to win their first county title since 1977. Meanwhile East Lawrence, coached by Baine Garner who returned this year after coaching the Eagles in the early 2000s, was just a season removed from winning one game.

None of that mattered on this night though. East Lawrence jumped out to a 31-14 first half lead and led 42-22 in the third quarter.

The secret to success? Forcing someone besides Hatton star Ridge Harrison to beat them.

That plan worked for much of the game, but eventually Hatton found life, going on a 21-3 run late in the game where eventually they would take the lead.

But when the game was in jeopardy, Payton Davenport was there to save the day.

With two starters fouled out and several more in trouble, Davenport delivered a clutch fourth quarter  and overtime performance, finishing the game with 22 points. That included a tying buzzer beating shot to send the game to overtime.

“It felt so good (hitting the shot),” Davenport said. “Better than anything I’ve ever experienced.”

Once in overtime, the Eagles grabbed the lead and never gave it back, going on to punch their ticket to the county finals for the first time since 2017.

“We’ve come back all year. We haven’t quite a game all year,” Garner said. “I told them at halftime they (Hatton) we’re going to make a run. They did, but we responded and PD (Payton Davenport) made a play at the end.”

For Hatton, there’s lots of lessons to be learned.

“We didn’t show up ready to play and that’s what it boils down to. We had beaten them twice already, but give them credit, they played their butts off,” said Hatton head coach Justin Henley. “Hopefully we’ll learn from this because we’ll very likely see a similar situation in the area tournament.”

The win was a big deal for Eagles’ players who will be playing in their first ever county finals.

“It’s really special for us,” said Zack Terry who led East Lawrence with 23 points. “I think a lot of people looked at us as a football school this year, not basketball. So, we had to show them what we were about.”

It may be the player's first finals appearance, but it will be Garner’s fifth. He is undefeated in county final games.

“I told them to enjoy tonight but tomorrow we have to get ready for who we play next,” said Garner. “We can’t be satisfied with just making the finals. These guys have done everything I’ve asked, they’ve worked hard, they deserve this opportunity.”