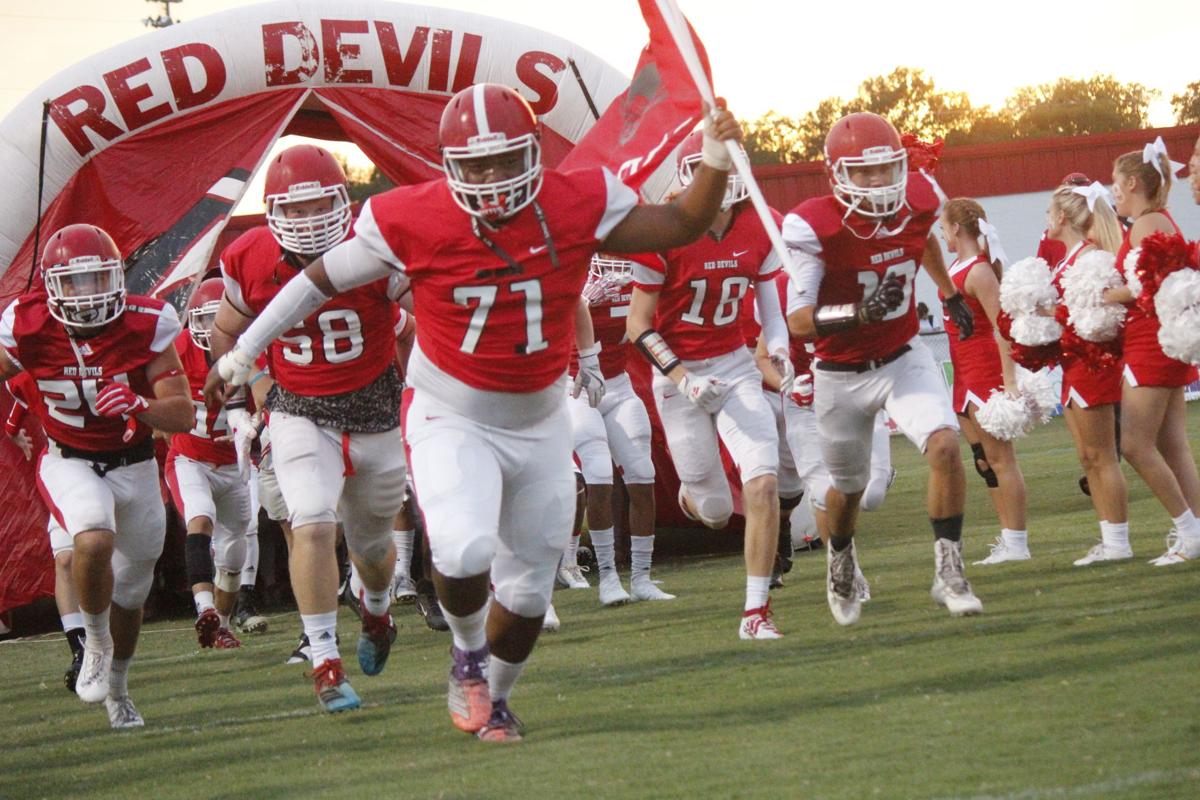 The Red Devils run on the field prior to the game 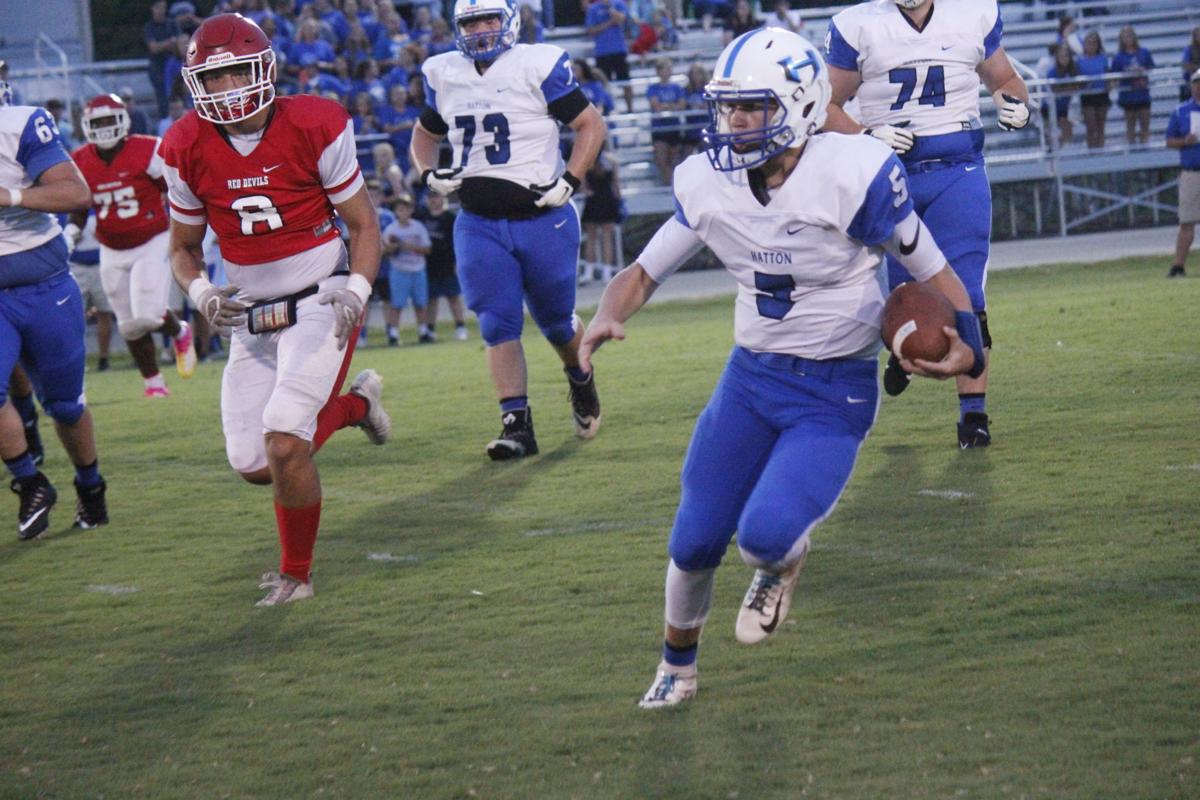 The Red Devils run on the field prior to the game

The Red Devils posted four touchdowns in the varsity portion to win 28-0 and scored another three in the JV to win 18-0.

The score matters none in the end, but the execution was something coaches were glad to see.

"You're pleased anytime kids perform like that," said Lawrence County head coach Rich Dutton. "You never know what kind of a team you're going to have until you play an opponent. I always know that coach (Denton) Bowling is going to have disciplined defense, and playing them really lets us know if we're on the right track."

Fans have wondered what the spread offense would look like under new quarterback Ty Hutto, and it didn't disappoint.

Hutto connected with Tayi Strickland for two big passes and a score on the first drive. Garrett Lee took a pop pass 47 yards for a score also.

Tayi's brother Malik returned a pick to the house and backup QB Brody Sparks hit Houston Mitchell for the other two scores.

All in all, the Devils scored on every drive but one, which ended in a turn over on downs in the redzone.

"I'm glad that the quarterback was able to take all the complex things we've put in and make it simple," Dutton said. "The thing I liked the most was when the freshman quarterback was in, he was right there pushing him along. Ty has some really good leadership qualities that I enjoy seeing."

"The question about them was how that offense was going to perform and hats off to them," he said. "I knew Hutto and the RPO would be strong and it was. They're going to be very effective."

Even though the score didn't refelect it, the Hornets made some big plays to get scoring opportunities, but just couldn't punch it in. Running back/receivers Jaxon Mitchell and Carter Reed were among those that made the biggest plays.

"It's good to see athletes be athletes. Jaxon and carter have done great jobs ever since they came into this program," said Bowling. "We failed to made some adjustments and failed to execute at times, but we haven't worked on them and they have n't worked on us. The biggest thing is we came out of this healthy for the most part, and now we have to work on finding our identity on offense and defense."