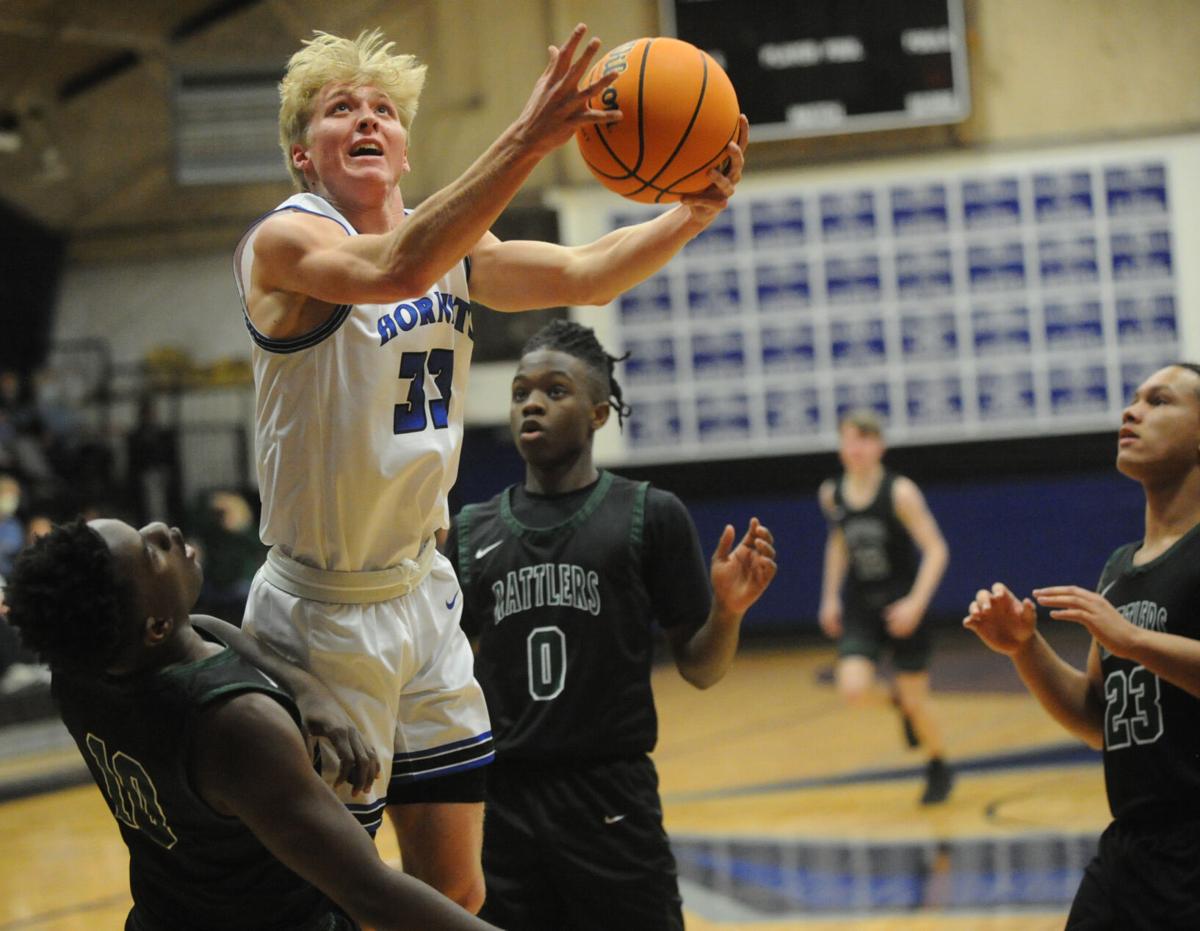 Hatton's Ridge Harrison goes up against a Tanner defender for a basket during the Hornet's 67-31 win over the Rattlers. 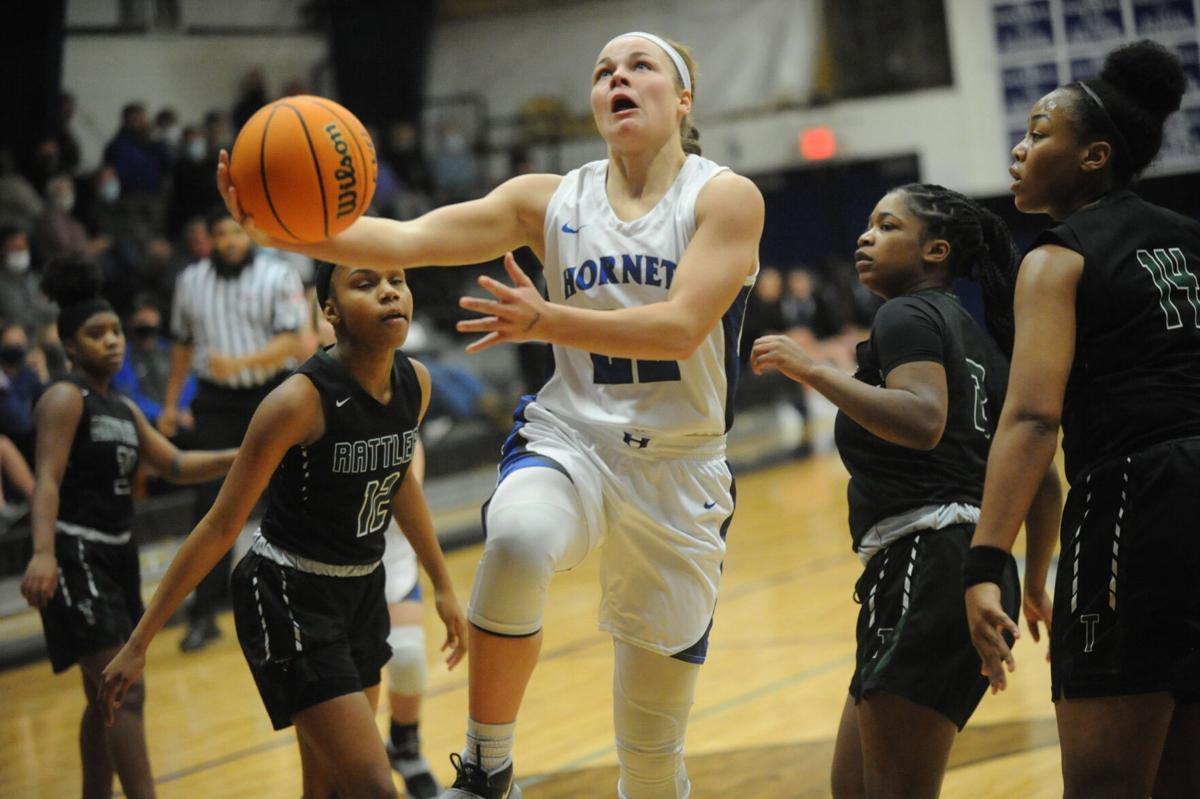 Hatton's Josie Harville drives inside for a basket. Harville was the game's leading scorer with 13 points.

Hatton's Ridge Harrison goes up against a Tanner defender for a basket during the Hornet's 67-31 win over the Rattlers.

Hatton's Josie Harville drives inside for a basket. Harville was the game's leading scorer with 13 points.

TOWN CREEK – For years the Tanner Rattlers have stood in the way of Hatton basketball’s return to success. However, Tuesday’s performance represented a changing of the guard.

Hatton, who had already defeated Tanner 75-67 earlier in the year, delivered one of their best performances of the season, as they took down the Rattlers 67-31.

“Tanner’s a young team and their youth shows at times. I think our experience was definitely a factor in this game,” said Hatton head coach Justin Henley. “But this was a big win and I’m really proud of the way we played. We’ve played a lot better the last few games and this was one of our best yet.”

Hatton led 18-8 after the first quarter and 37-18 at halftime, the third quarter was the biggest separator of the game as the Hornets outscored Tanner 24-9.

After just four points in the first half, star Ridge Harrison led the way with 12 third quarter points to finish with a game high 16. Briley Kerby had 10 for the Hornets, while Braden Jaxson Mitchell both finished with eight. Skylar Townsend led the Rattlers with 11

The win gives Hatton their fifth in a row to move to 9-4. The Hornets seem to be hitting their stride late in the season under their first-year head coach.

“We’ve played better and we’re definitely shooting a lot better than we were at the beginning of the season,” Henley said. “Obviously as a coach you still want to get better in all aspects, but I feel better at where we’re at. We’re getting up and down in transition really well, sometimes it’s a little fast for my liking, but it’s when we’re at our best.”

The win keeps Hatton undefeated in area play and sets up a two-game showdown with Whitesburg Christian, who is also undefeated, to decide who will host the area.

Before the season, Henley, who is a former Hatton star, said getting the Hornet’s first area championship in 16 years would be a top priority. Securing home court advantage would go a long way in helping that.

“These next two area games are very big,” Henley said. “Winning these games to host the tournament would go a long way in helping us win it. We’re a long way from that, but hopefully our guys realize we can make this happen.”

Josie Harville poured in a game high 13 points Tuesday to lead the Lady Hornets to an area win over Tanner.