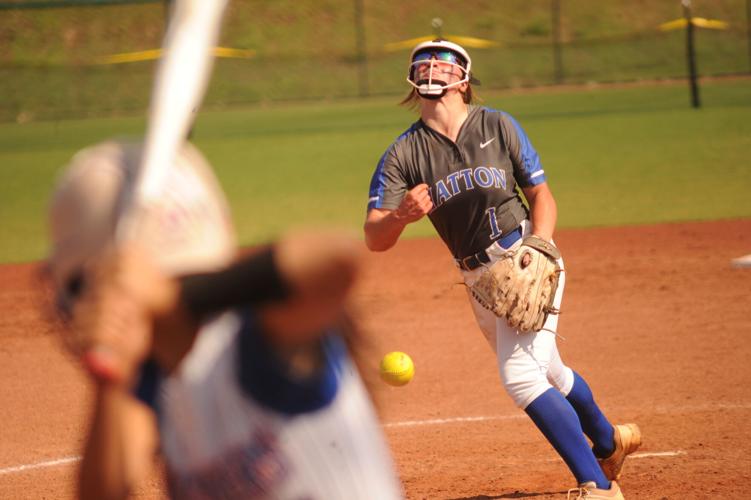 Hatton's Bradyn Mitchell pitches for the Hornets Friday during a game vs. Mars Hill. Mitchell pitched nine scoreless innings against the Class 2A No. 4 ranked Panthers 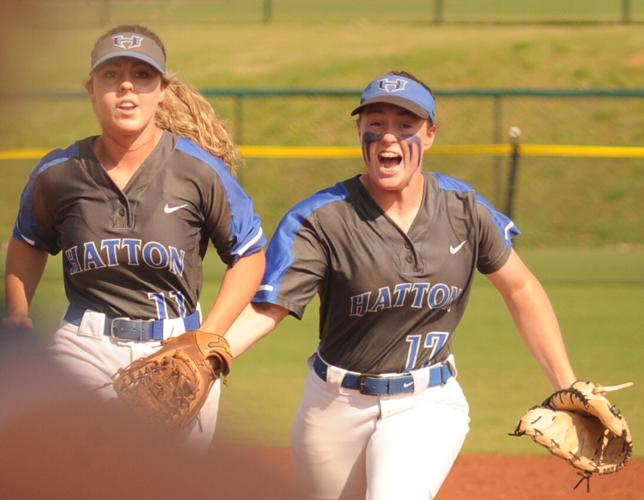 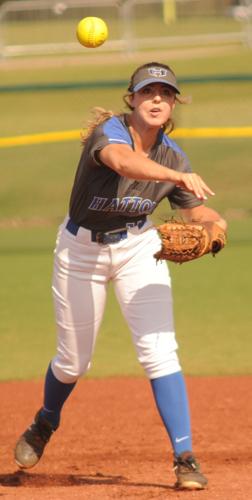 Hatton shortstop Dagen Brown throws a ball to first base.

Hatton's Bradyn Mitchell pitches for the Hornets Friday during a game vs. Mars Hill. Mitchell pitched nine scoreless innings against the Class 2A No. 4 ranked Panthers

Hatton shortstop Dagen Brown throws a ball to first base.

FLORENCE – Standing on second base, Chloe Gargis didn’t know if her hit had gone over the fence or not.

Hatton defeated Mars Hill 1-0 Friday morning in the 2A North Regional tournament. The two teams went scoreless for eight and a half innings until Gargis sent one off the left field fence, scoring Kailyn Quails and sealing the win.

“I was not expecting that at all,” said Gargis. “It feels great. Man it just feels awesome.”

The win is a big deal as it sends Hatton to the 2A state tournament, which will take place next week in Oxford at Choccolocco park.

Friday’s contest quickly became a game of attrition; neither team was willing to give an inch.

Each team managed multiple scoring opportunities, only to be thwarted by outstanding defensive plays.

It became a game of whoever scores first will win, which ultimately proved to be Hatton.

“I think this game speaks to the tenacity of this team,” said Hatton head coach Denton Bowling. “We didn’t play flawlessly on defense, but they never let the little things get to them. They always found a way to the next play.”

“All I tasked them with today was to respond.,” Bowling added.” Like a boxer, take their best shot and respond. They did.``

Of course, it’s no surprise the game came down to the wire like it did. Both teams are ranked in the top five in 2A, and are also both led by elite pitchers, Hatton’s Bradyn Mitchell and Mars Hill’s Riley Vaughn, who have combined to pitch on varsity for 11 seasons.

“Bradyn pitched an absolute gem of a game,” Bowling said, “We’ve seen Vaughn for six years now and it’s always been back and forth. Those are two of the best pitchers you'll see.”

With each scoreless inning, the pressure mounted, but Mitchell, who’s been a varsity pitcher for five years remained unfazed. The junior allowed her defense to work behind her, which resulted in double plays, thwarted stolen bases and multiple runners thrown out by catcher Katie Dawson.

“When you play a good hitting team I know I just have to remain calm and trust my defense,” Mitchell said. “They really had my back today.”

After the previous two seasons ending prematurely for a variety of reasons, Hatton came into this year’s regional with a chip on their shoulder. Bowling said that played a part in Friday's big win.

“I think today’s game meant everything to them, because they feel like they really had something to prove,” Bowling said. “This was this team’s opportunity to make a statement for themselves, because most of these kids haven't experienced a state tournament due to different reasons. Now they’re here.”

Hatton will be the top seed from the North in next week’s 2A state tournament. 2A play will begin on Friday and finish on Saturday.