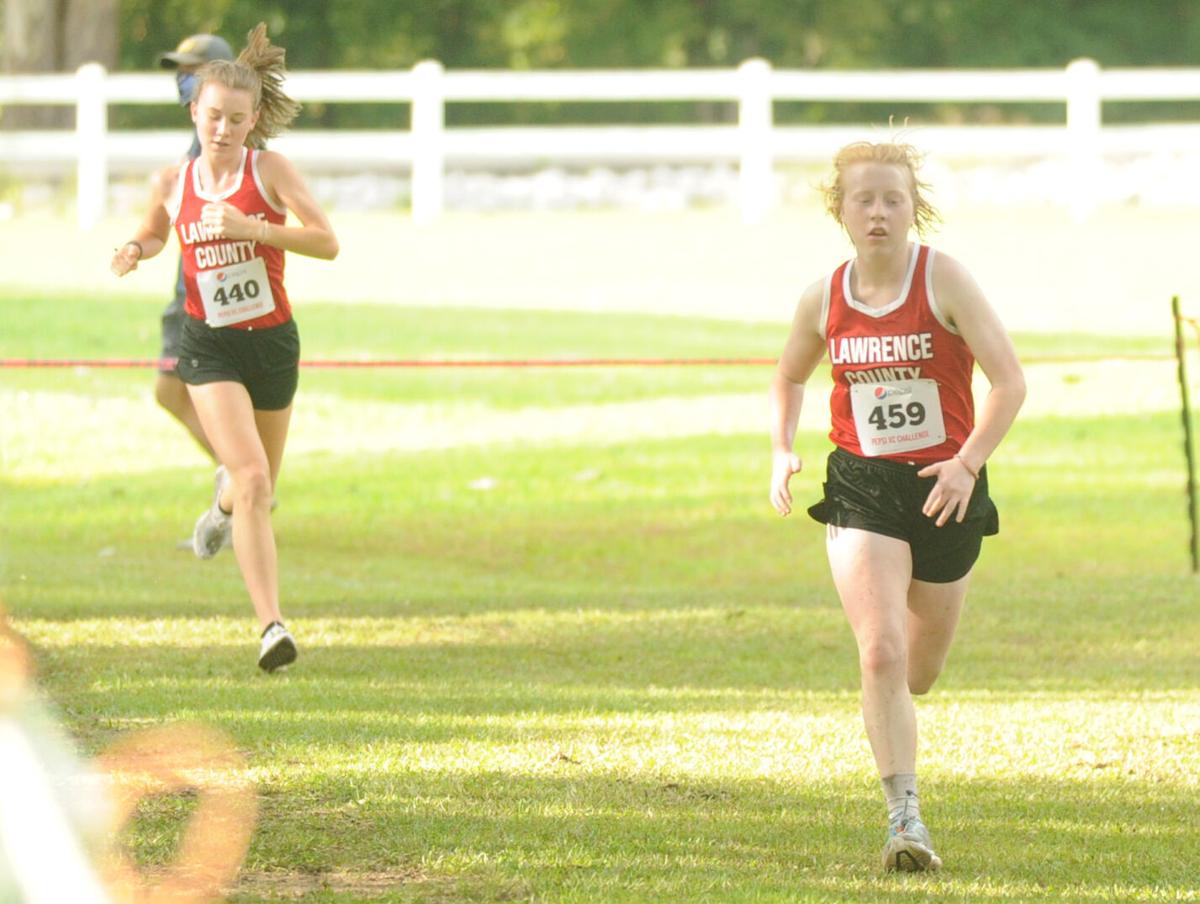 Lawrence County’s Savannah Williams heads for the finish line with teammate Katie Mae Coan behind her. Williams and Coan finished 1st and 2nd in the Pepsi Challenge with Katie Dumas in 3rd. 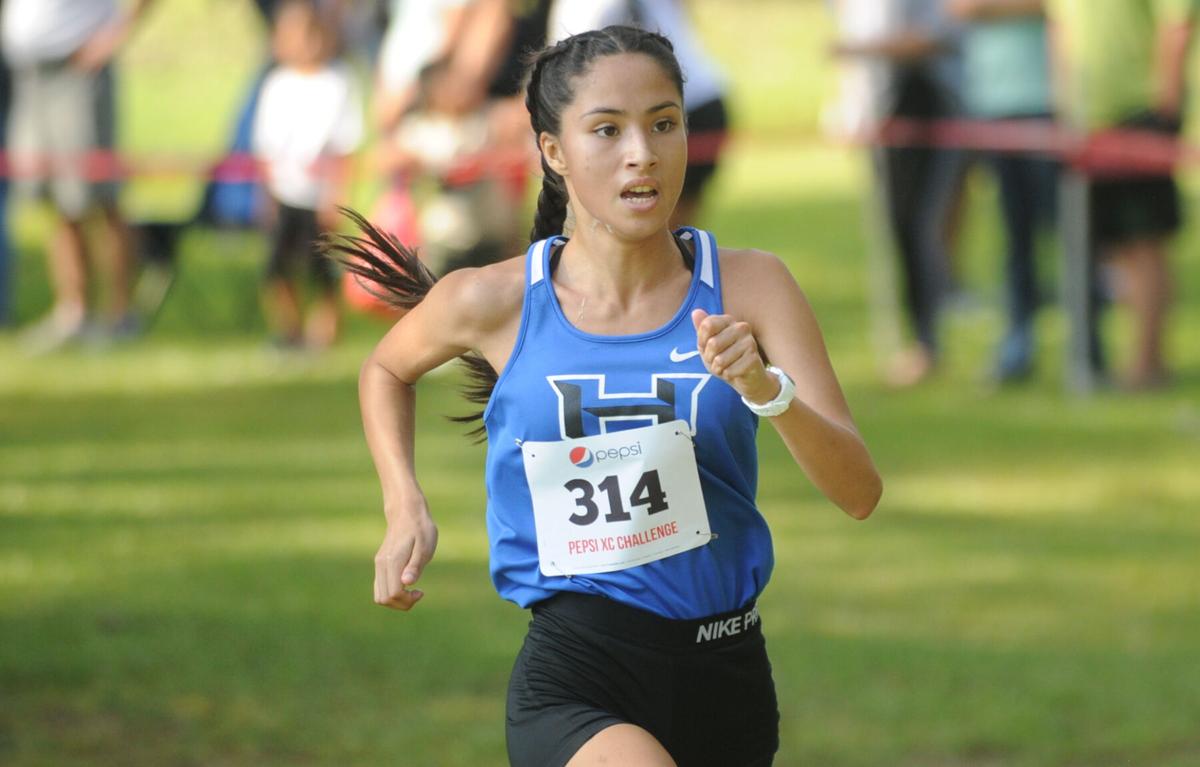 Hatton's Neidyn Lopez finished in fourth place of her race

Lawrence County’s Savannah Williams heads for the finish line with teammate Katie Mae Coan behind her. Williams and Coan finished 1st and 2nd in the Pepsi Challenge with Katie Dumas in 3rd.

Hatton's Neidyn Lopez finished in fourth place of her race

MOULTON – The Lawrence County Red Devils are on a roll to start the season.

The defending 5A state champion girls team came into Saturday’s race having already won their first two races of the season in Tuscaloosa and Brooks. They finished the day with another win, this time at the Pepsi Challenge in Moulton.

“We’ve talked about the pressure of being the defending champs, but it just doesn’t bother them,” said Lawrence County head coach Stanley Johnson. “They’re just an even kill team, they don’t get too high or too low.”

The Red Devils had the top three runners in the large school girls race, finishing with 37 points to edge out James Clemens, who had 40. Savannah Williams finished first with a time of 19:46.70. Katie Mae Coan placed second and Katie Dumas finished third.

They were without Taylor Williams, last year’s co-runner of the year, who was out with an injury.

“I wasn’t surprised that we won , but James Clemens was supposed to beat us. We just had a good race,” Johnson said. “I was very impressed with how we performed, especially missing Taylor.”

In the boy’s large school race, Lawrence County’s Steele Joiner placed second overall with a time of 16:32.16. The Red Devils placed fourth overall as a team.

“Steele had a great race as usual. As a team, though, I thought this was our best race, so far, this season,” said Johnson.

In the girls small school race Hatton’s Neidyn Lopez finished in fourth place, while Sabrina Calhoun came in sixth. The Hornets finished second in the race as a team with 66 points.

Priceville placed sixth in the race, with Elizabeth Cain being their top runner in ninth place.

Hatton finished second in the race with 93 points, just behind Cold Spring with 80.