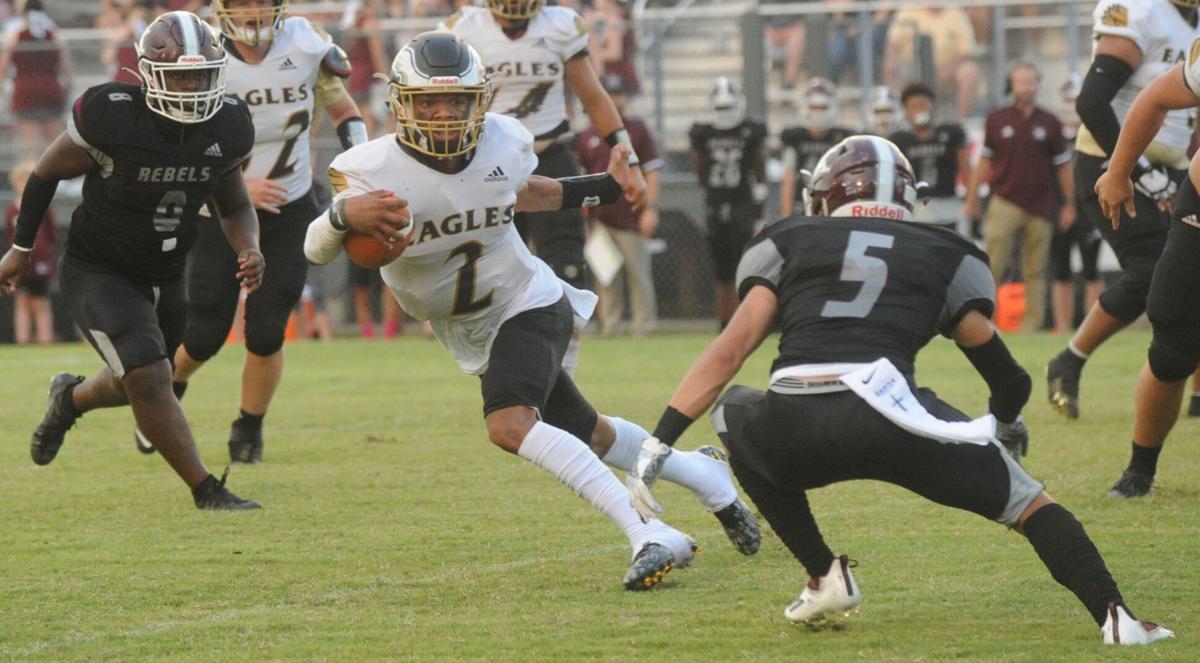 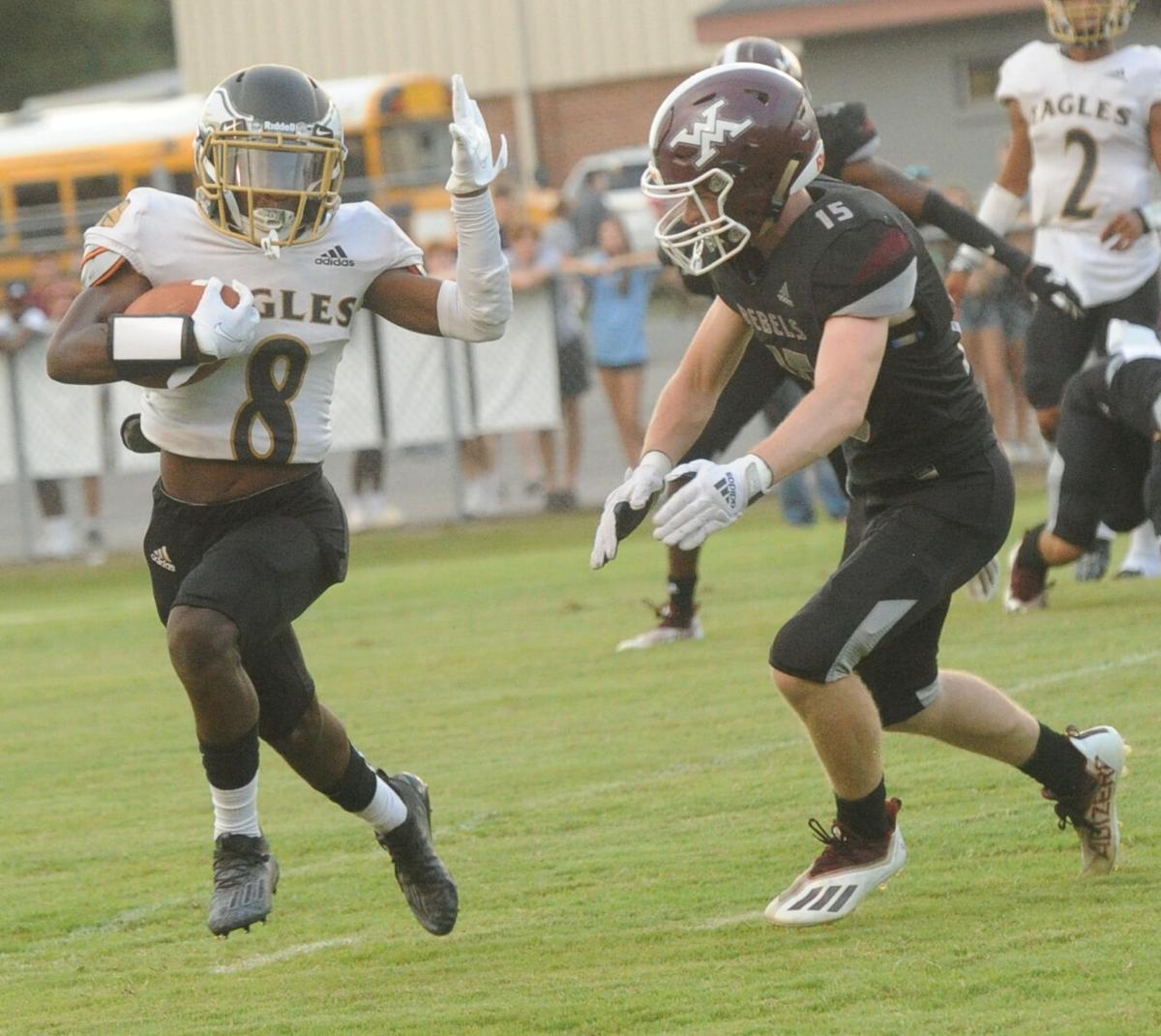 TRINITY – For the second week in a row, the West Morgan Rebels found a way to win in the fourth quarter.

After leading 41-20, the Rebels saw their lead dwindle to just seven points. But just as they did in their win over Good Hope, they made the plays when it counted. This time it was a fumble recovery and a late touchdown that sealed a 48-34 win over East Lawrence.

Last year, the Eagles escaped with a narrow win thanks to a late scoop and score. That game was on the minds of several West Morgan players, including Jalen Fletcher, who finished the night with three touchdown runs of 21, 36 and 52 yards.

“Last year we came up short and that never left our minds,” Fletcher said. “It feels great to get that revenge win.”

For a while the game looked like it might be headed for a blowout. The Rebels put six touchdowns on the board in the first three quarters. Cameron Schreiber and Connor Dillard both scored from four yards out. Kaden Cook hauled in two touchdown passes, including a tough catch against press coverage that gave the Rebels a 27-13 lead with five seconds left in the first half.

“When I saw that ball in the air I knew it was mine. It gave us some huge momentum going into the half,” said Cook.

But try as they might, they couldn’t put the Eagles away.

Trailing 41-20 midway through the third, quarterback Isaih Hubbard led his team on two touchdown drives to cut the lead to 41-34. Hubbard finished with five total touchdowns, one rushing and four passing, on the night. Senior Bralyn Robinson caught all four touchdown passes (11, 21, 40 and 55 yards) and finished with 127 yards receiving.

The Eagles had a chance to tie the game, getting the ball back down seven with three minutes to go. However, a fumble would end their hopes for a comeback.

“It was one of those games where the bounces just didn’t go our way,” said East Lawrence head coach Sean Holt. “But I couldn’t be more pleased with the way my guys played. I challenged them at halftime to show toughness, not just physical but mental, and they answered the call.”

A week after dropping a mistake-filled 28-7 loss to Sulligent, Holt was encouraged by the improvement his team made.

“The team I saw tonight is not the one I saw last week,” Holt said. “Everything is in front of us. If we can continue to improve like we did this week compared to last week, then all the goals we have of winning the region, making the playoffs are very much in reach.”

The Eagles will travel to Lauderdale County next week for their first region game. West Morgan, who moved to 2-0 with the win, will travel to Priceville.