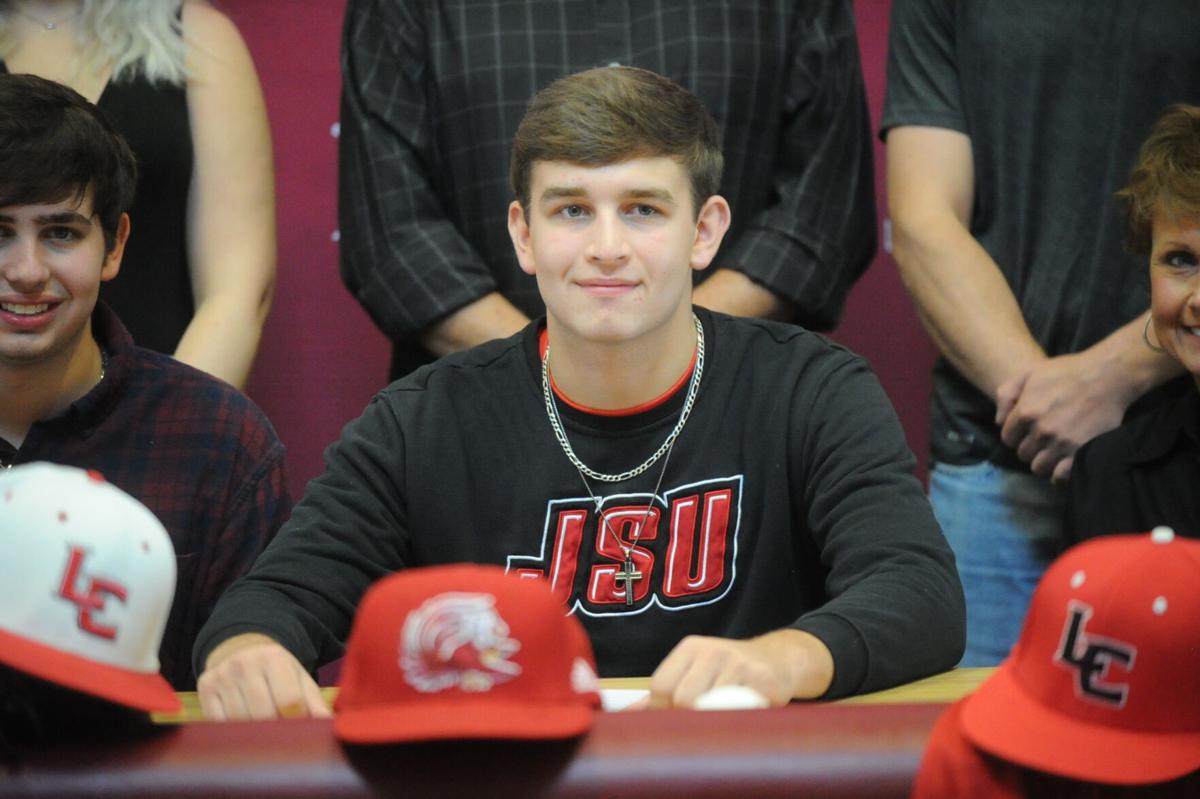 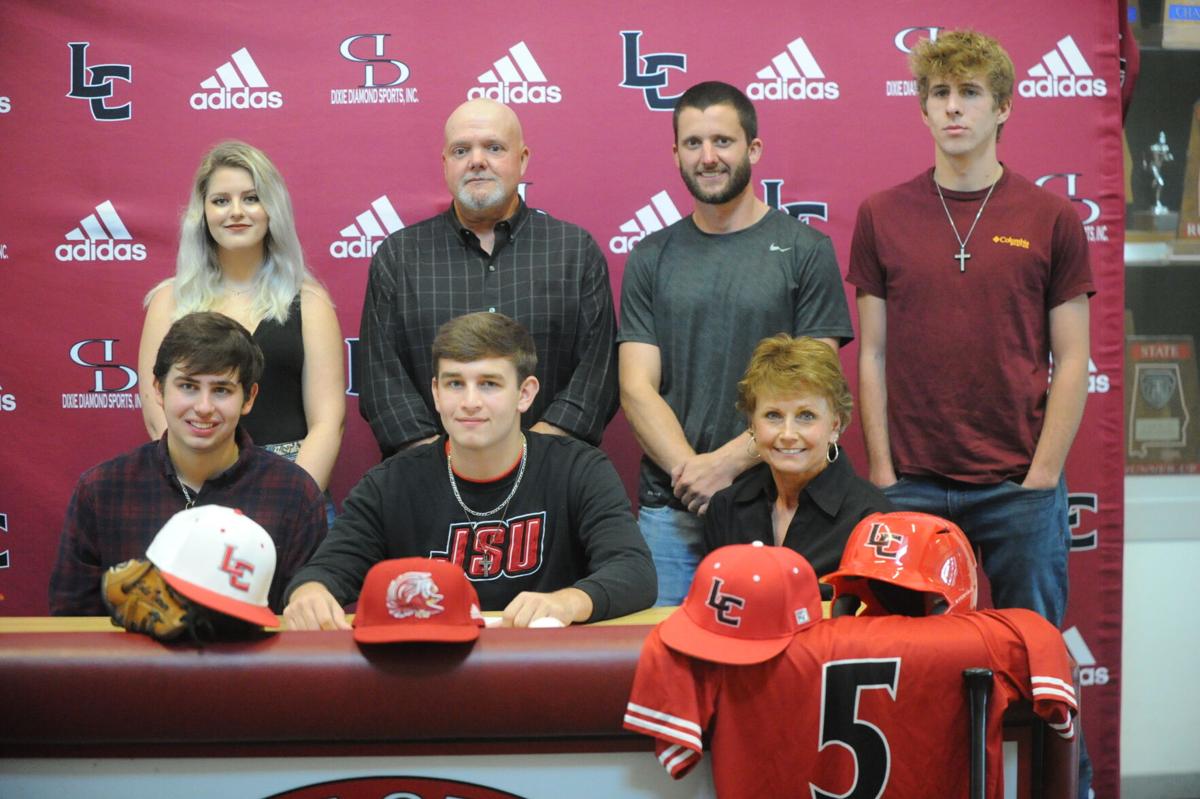 Cole Turner, who has been a dominating pitcher for the Red Devils the past three seasons inked his national letter of intent to play baseball for Jacksonville State University.

For Turner, it was a a dream come true.

“It’s something I’ve dreamed about since I was a kid, “ Turner said. “This is something I’ve looked forward to for a long time and now all the hard work has paid off. This is definitely a special moment.”

Turner has been with Lawrence County head coach Ryan Bowerman longer than anyone, and he’s someone that Bowerman knew would have a bright future from the moment he saw him.

“His freshman season was my first here at Lawrence County and when I got here you could tell he was special,” Bowerman said. “There’s a ball on his signing table from a game his freshman year against James Clemens. He went up against a very good 7A team, struck out seven and got us the win. That’s how we knew we had someone special on our hands.”

Bowerman says that the Gamecocks will be getting a talented pitcher with God given ability that works just as hard and likes to be pushed.

But he also said what they will getting out of Turner goes just beyond baseball.

“It’s always good to be a good athlete, but he’s just as good a kid as he is an athlete,” said Bowerman. “That’s what makes him even more special.”