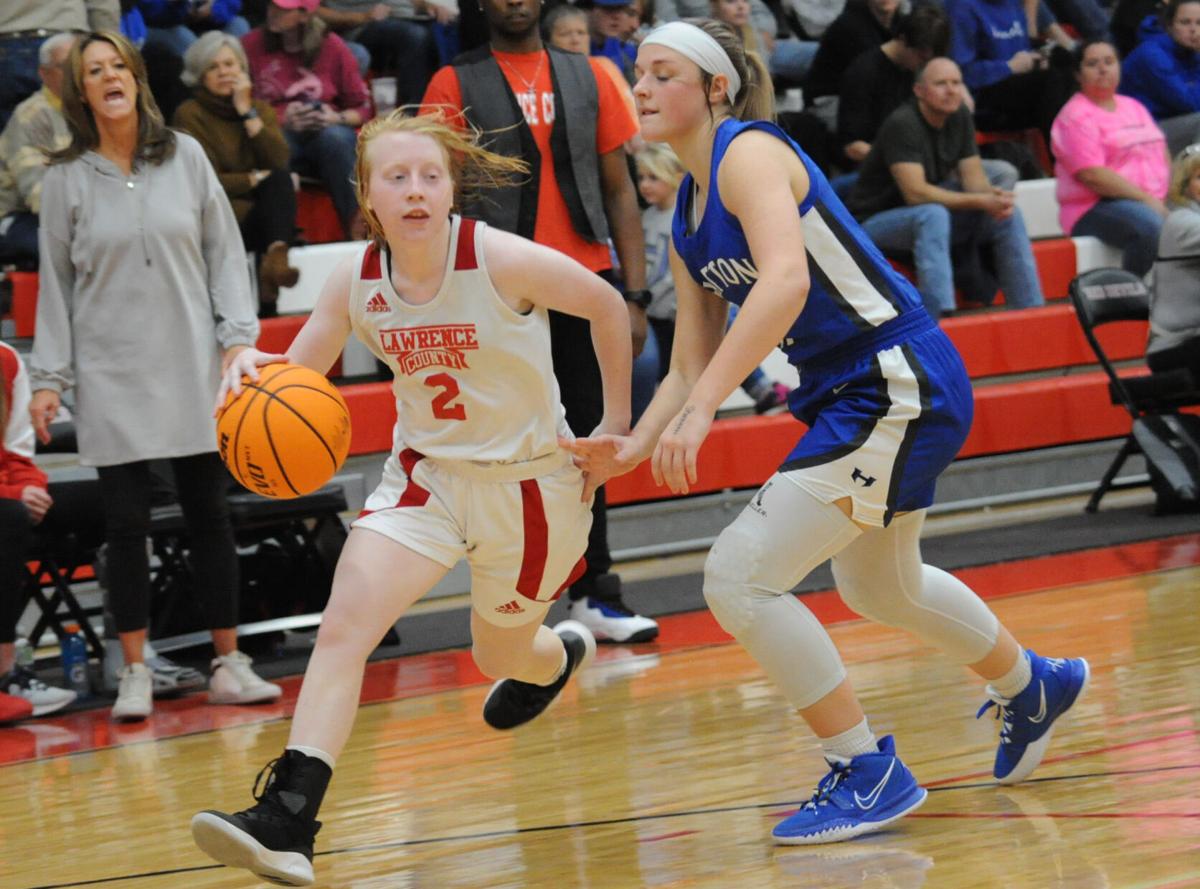 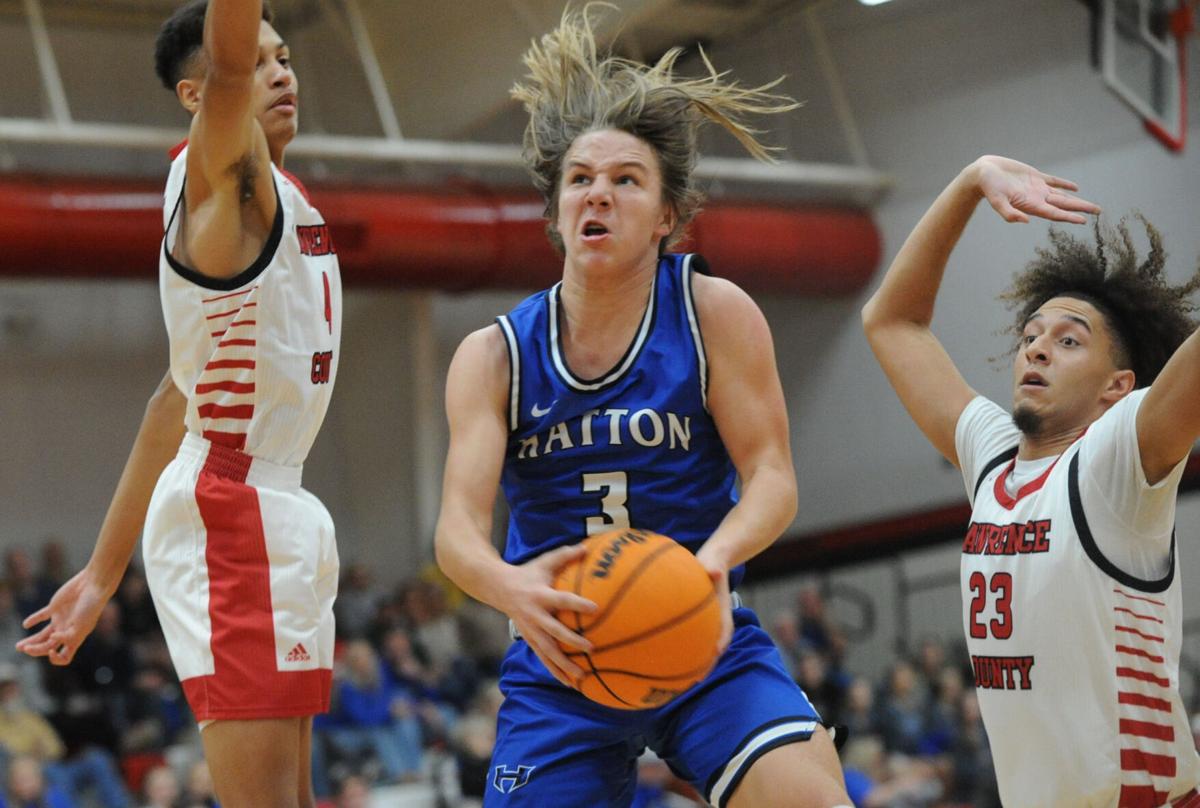 Hatton's Kahne Little goes up for a basket against Lawrence County. Little had a game high 19 points.

Hatton's Kahne Little goes up for a basket against Lawrence County. Little had a game high 19 points.

MOULTON – The date may have read November 20, but it felt like a game usually played in January.

The Lawrence County girls hosted Hatton Saturday in a cross county rivalry. In a game reminiscent of what you would find in the county’s annual tournament each January, the Red Devils came from behind to knock off Hatton 43-40

“Man that was intense wasn’t it?” said Lawrence County head coach K.C. Orr. “It definitely felt like it was the county tournament.”

Of course it comes as no surprise that the game was intense as it was. After all, the two teams have met in the county finals three of the last four years.

“That’s just what you get when Lawrence County and Hatton meet up,” Orr said.

The beginning of the game wasn’t as good as the end for Lawrence County. The Red Devils were slow coming out, trailing 12-7 after the first quarter and 26-18 at halftime.

“I didn’t like the way we came out. I thought we were flat and against Hatton you can’t be flat,” Orr said.

It didn’t take long for them to turn it around, however. After falling behind 34-23 in the third quarter, the Red Devils closed on a 20-6 run.

Savannah Williams led the team with 24 points, while Anna Clare Hutto and Taylor Williams each had six.

Orr said the win answered two important questions for Lawrence County, how they would respond to adversity and who would step up in the absence of former stars Sadie Thompson and Jayden Orr.

“In our huddle we never thought we were going to lose. It was just a matter of fighting back,”  said Orr. “This was the first test we had that forced our new players to step up, because in the past we relied on a big basket from Sadie or a big rebound from Jayden. Our girls stepped up to the challenge.”

Hatton controlled the game for most of the first three quarters, but ran out of gas late. Head coach Chasta Chamness credited that to fatigue from lack of depth. The Hornets are replacing four starters from last year’s state runner-up team, and lost one starter (Anna Kate Potter) to an injury in game one of this season.

“We ran out of steam a little bit. Lawrence County is faster than us. They will push and we tried to get in a game of running,” Chamness said. “That’s just not us. We forced a lot, took some bad shots, I think we were like 3/24 from under the basket. We have to finish around the basket better than that.”

After starting out 0-7 vs. Hatton as head coach, Orr has now defeated the Hornets three games in a row.

“After that first win I really felt like it was a singer out of my side,” Orr said. “Hopefully we can keep it going.”

In a game that was much closer than anticipated, Lawrence County pulled away late to get the win over Hatton.

The Red Devils overcame a 17-14 deficit after the first quarter, outscoring the Hornets 12-2 in the second quarter en route to the 13 point win.

“Give credit to Hatton.  Coach (Justin) Henley, had them prepared and they have a good team,” said Lawrence County head coach Darius Steger. “At the end of the day we just have to execute and we did a great job of that starting with the second quarter into the second half. “