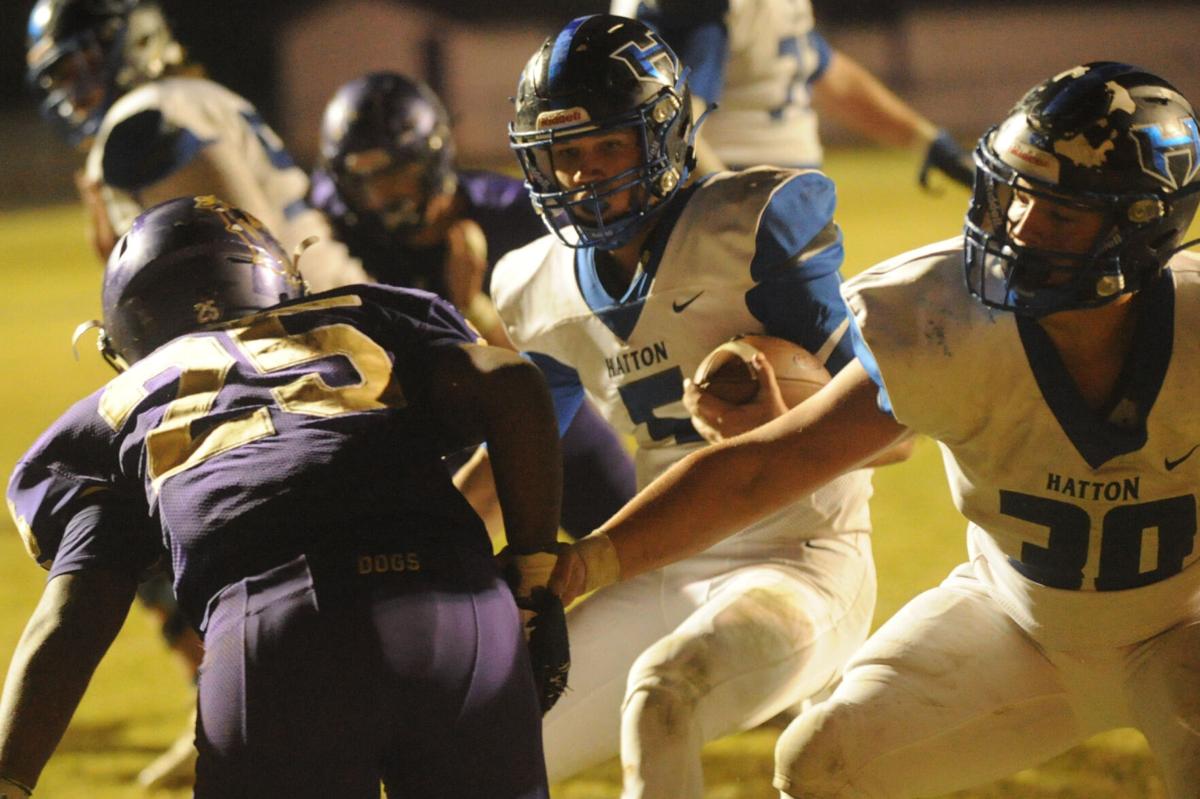 Hatton quarterback Briley Kerby runs into the endzone for a touchdown during the Hornets' win over Sheffield Friday night. 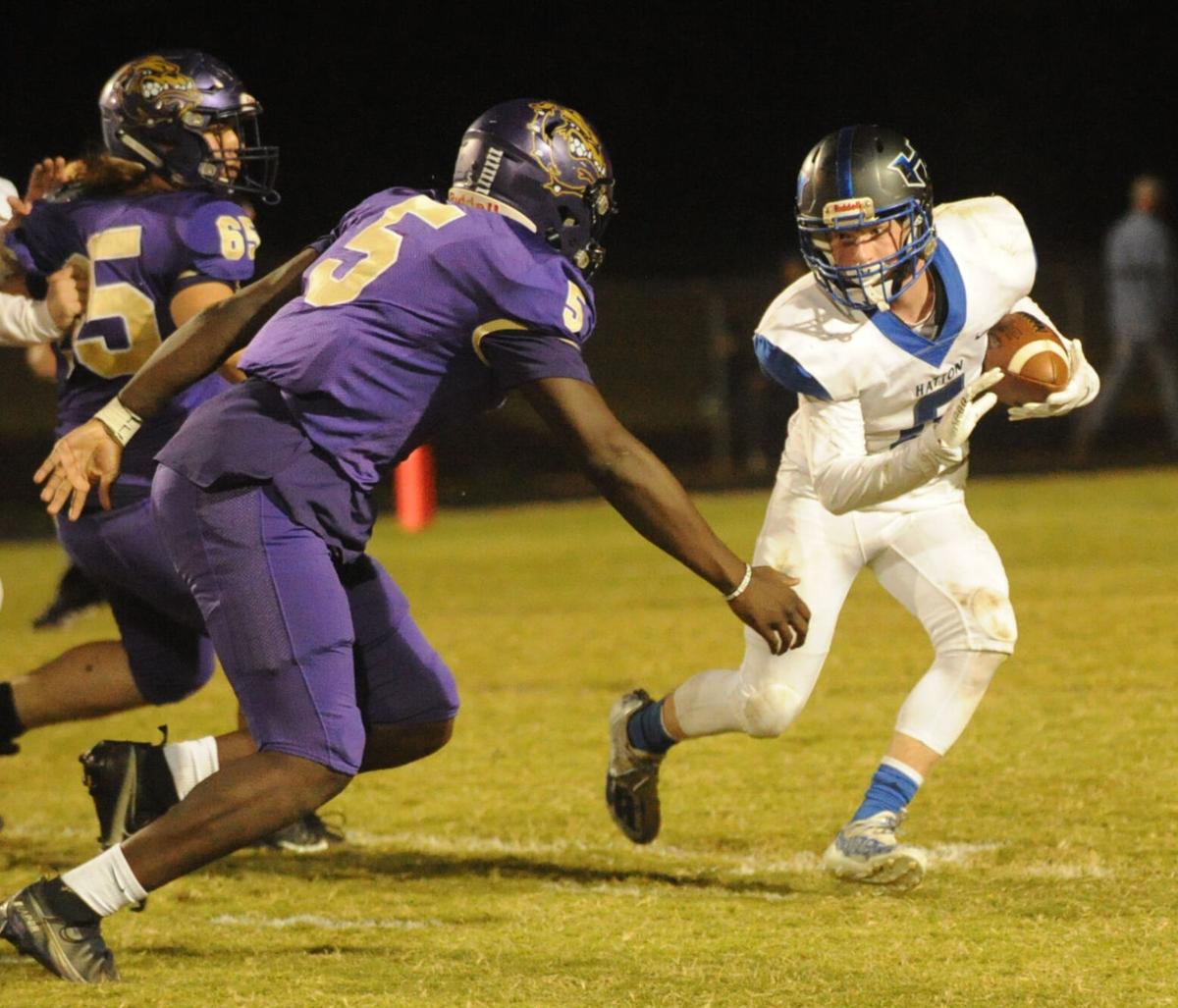 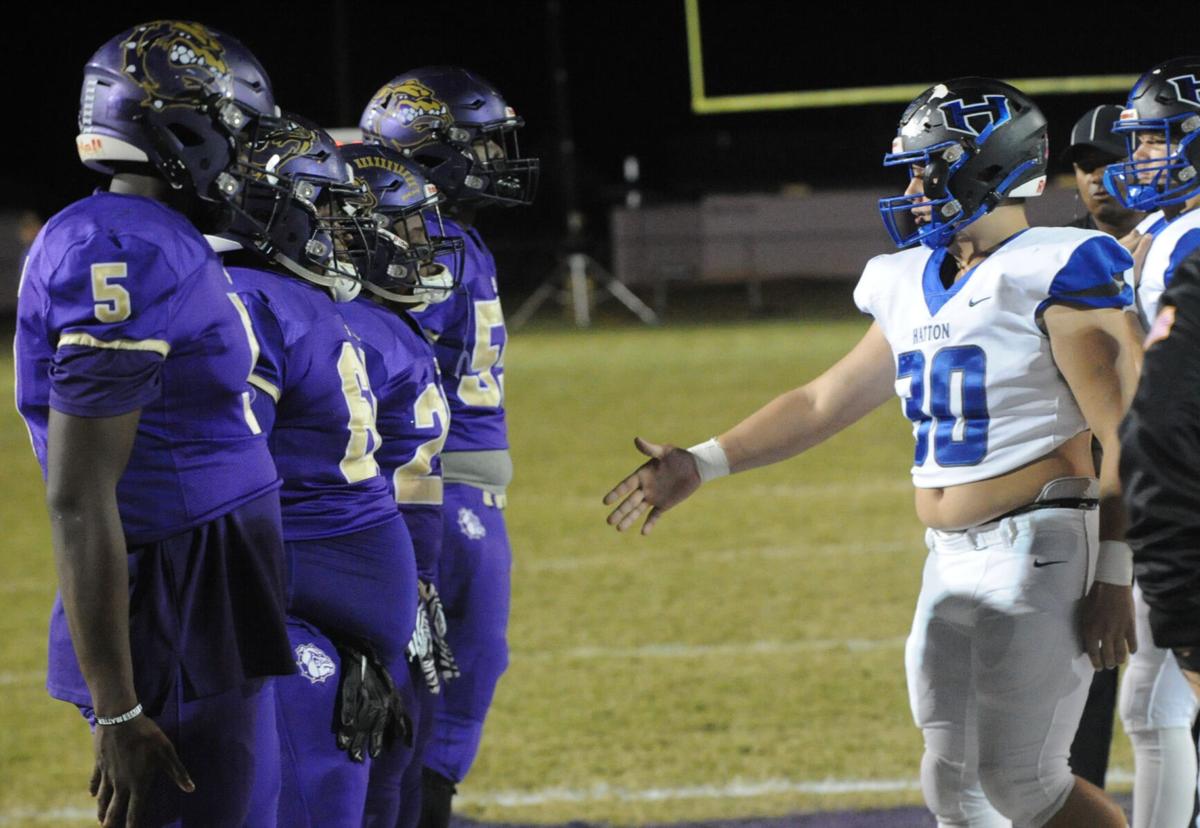 Hatton quarterback Briley Kerby runs into the endzone for a touchdown during the Hornets' win over Sheffield Friday night.

Hatton went on the road Friday night and knocked off the Bulldogs 38-24. With the win the Hornets punched their ticket to the AHSAA’S annual November dance for the second straight year.

“Hats off to those kids,” said Hatton head coach Denton Bowling. “They battled all year, through the ups and the downs, the trials and the tribulations. They’re a resilient group.”

Hatton opened the scoring with a one yard Carsen Reed touchdown run. The score was the first of three touchdown runs for the Junior running back. Quarterback Briley Kerby scored the Hornets’ other two touchdowns, both of which also came on the ground.

The win was extra special for Hatton because no one saw it coming. The Hornets lost 10 seniors off last year’s squad and returned just two seniors on this year’s team. Couple that with a stacked region schedule and the odds were stacked well against them.

“You always want to say you believe in your kids, but the truth is with how young we were and the schedule we faced, I didn’t know if we could get it done,” Bowling said. “What that group of kids and coaches accomplished, it has me almost speechless.”

One player that did believe Hatton had what it took was senior offensive lineman Aiden Smith. One of the lone two seniors, his faith helped lead the team to the outcome on Friday.

“Having two seniors is rough, so I felt it was important for the younger guys to see me believe,” Smith said. “Nobody gave us a chance this year but we proved them all wrong.”

On the flip side, Sheffield missed out on the playoffs for the second year in a row. First year head coach Harold Wisdom was disappointed in the outcome, but proud of the standard his seniors set for the future.

“I’m not much into moral victories. We had an objective and we didn’t get it done,” Wisdom said. “I’m most disappointed for the seniors because we’ll get a chance to compete for the playoffs next year. They were a great group to coach though and I think they set us up for great success in the future.”

The win moves Hatton to 5-4, while dropping Sheffield 2-7.

Hatton will host Clements next Thursday for a chance to finish 6-4. It would be just the sixth winning season for the Hornets in the last 20 years.