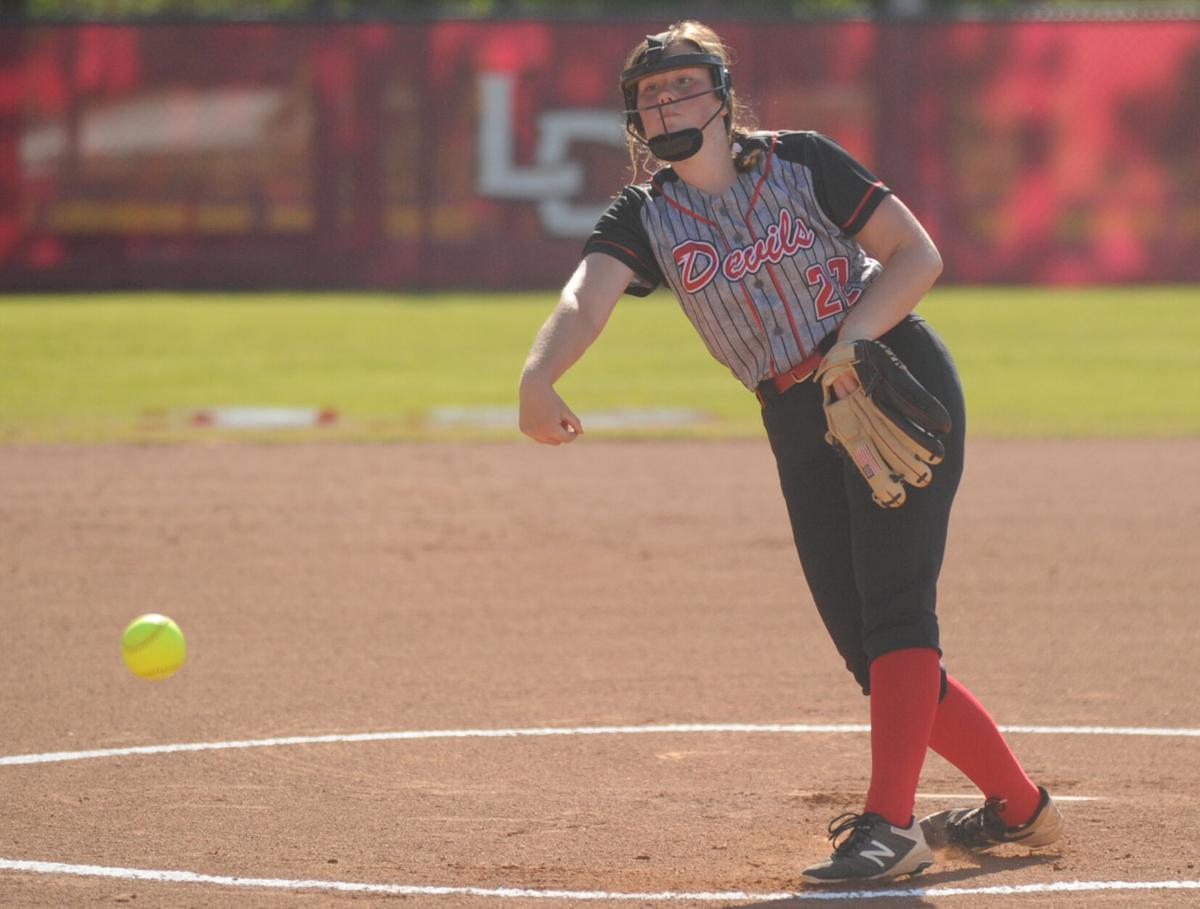 Patti-Anne Smith pitches for the Lawrence County Red Devils during their 6-4 win over Class 4A No. 2 Curry Monday night 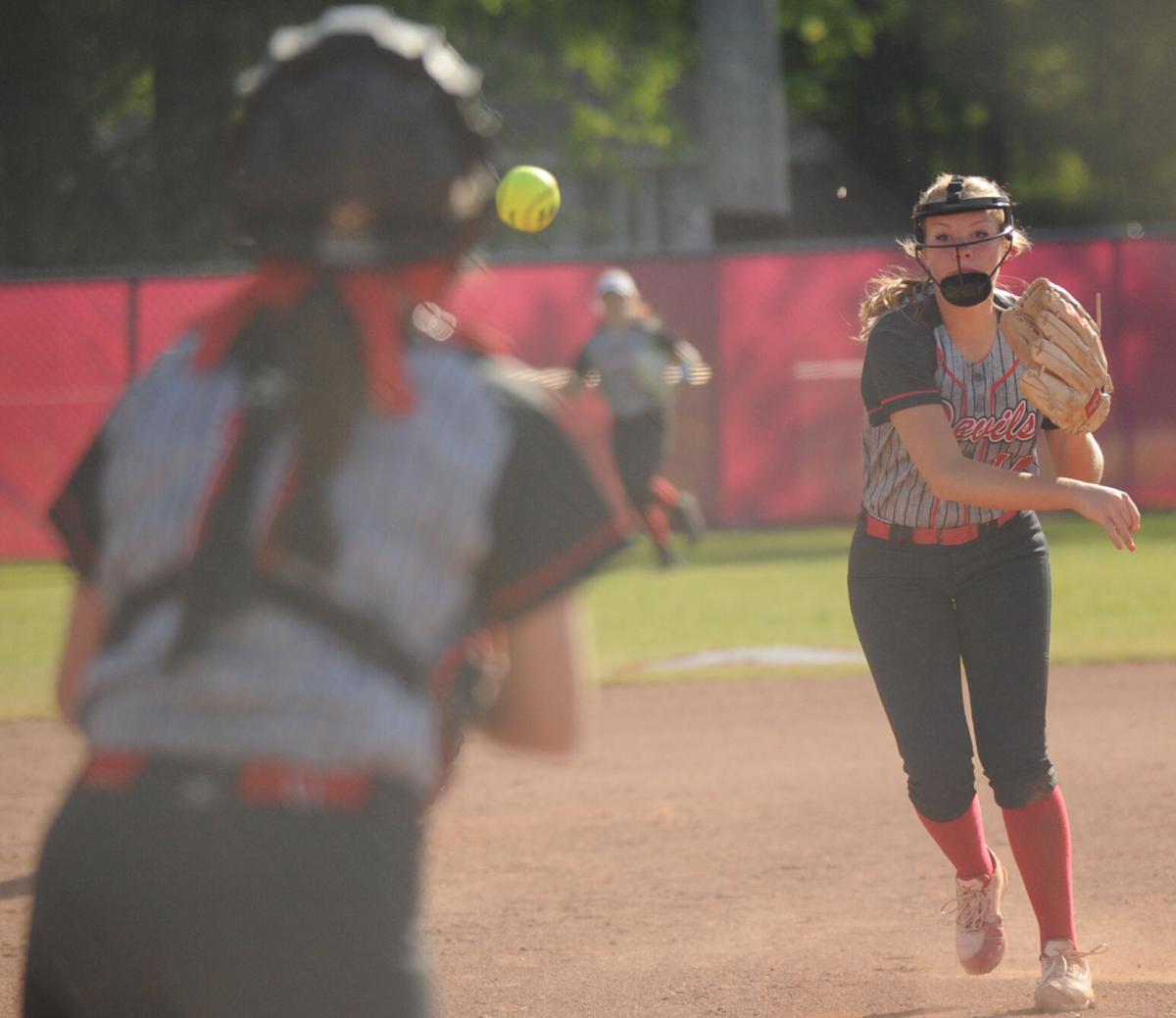 Patti-Anne Smith pitches for the Lawrence County Red Devils during their 6-4 win over Class 4A No. 2 Curry Monday night

For seven Lawrence County seniors, Monday was the last time they would play on their home field

They went out with a bang.

In a battle of cross classification heavyweights, Lawrence County overcame a 4-1 deficit to defeat the Class 4A No. 2 Curry Yellow Jackets 6-4.

"I'm so proud of this team," said Lawrence County head coach Courtney Lovelady. "We kept making things happen offensively and defensively. They pushed and we just pushed back."

The game got off to a rough start as Curry took a 3-0 lead on a three-run home run in the first inning. Two innings later the Yellow Jackets added another run on a bases loaded walk.

Despite the rough start though, Lovelady opted to stick with pitcher Patti-Anne Smith.

"She stayed locked into the game," Lovelady said. "She told me 'I'm still in it, let me keep going."

Lovelady's decision paid off as Smith tossed five scoreless innings and navigated her way out of a bases-loaded jam while giving up just one run.

On the offensive side, the Red Devils turned to aggressive base running to give them a spark.

Lawrence County scored three runs without hitting an RBI, which led to a game tying solo home run from Anna Clare Hutto, her first of the year.

"We were aggressive on the base paths and I think that really helped our confidence and got us going," said Lovelady.

The game went into the fifth inning tied 4-4, which brought senior Madelyn Ray to the plate.

With two runners on base, Ray found herself quickly in a hole 0-2, However, determined not to go down easily on senior night, Ray fought back in the count, eventually delivering a go-ahead two RBI double.

"I was just thinking that I'm a senior and I want to go out big," Ray said of her at bat. "To get that hit and help us win our last game here, it felt really good."

With the win the Red Devils have now won 11 of their last 14 finished games.

"We're just gaining momentum every game," Lovelady said. "The girls got a taste of what it was like beating some top-notch big schools and now they want more."