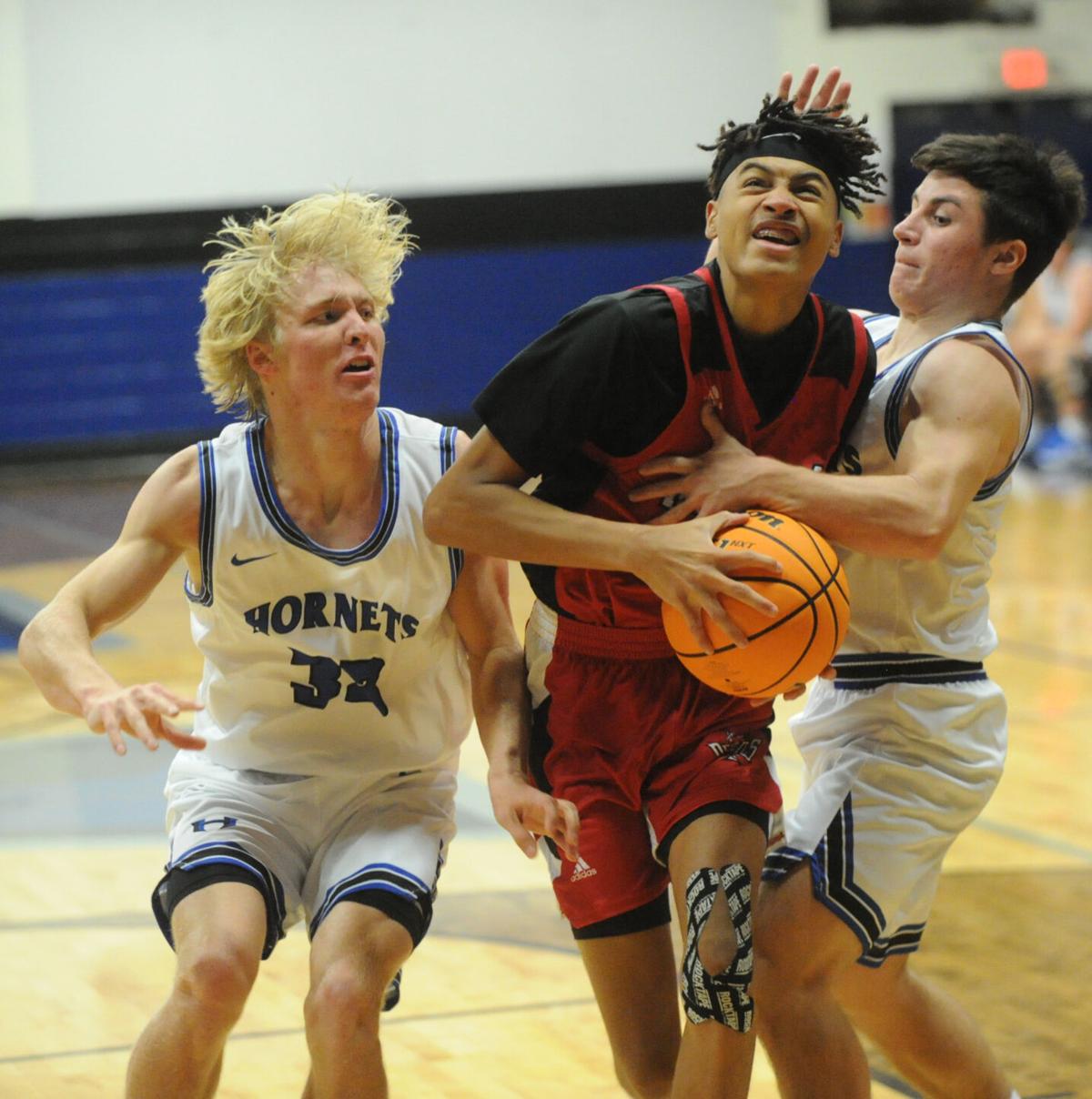 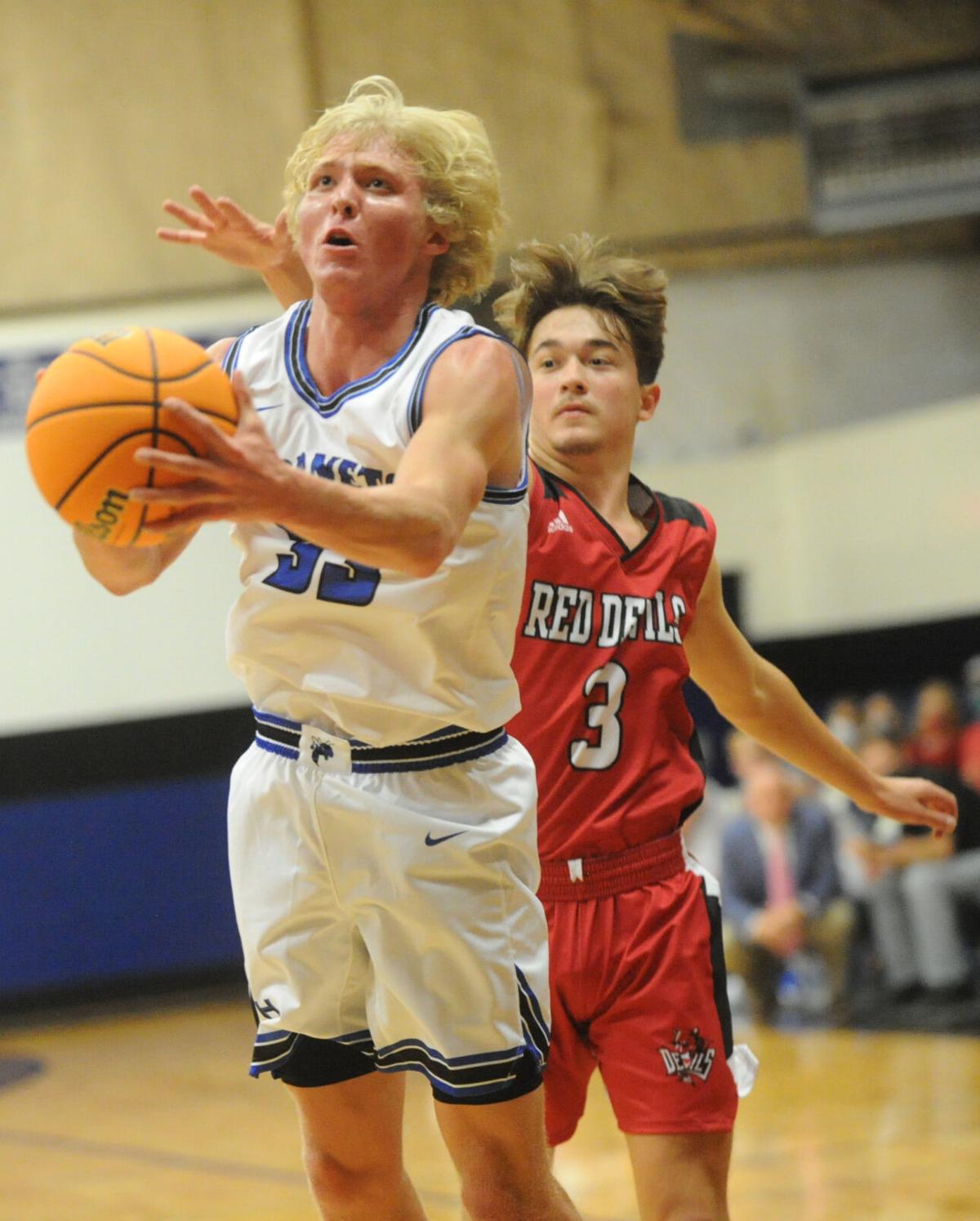 Hatton's Ridge Harrison goes up for a basket 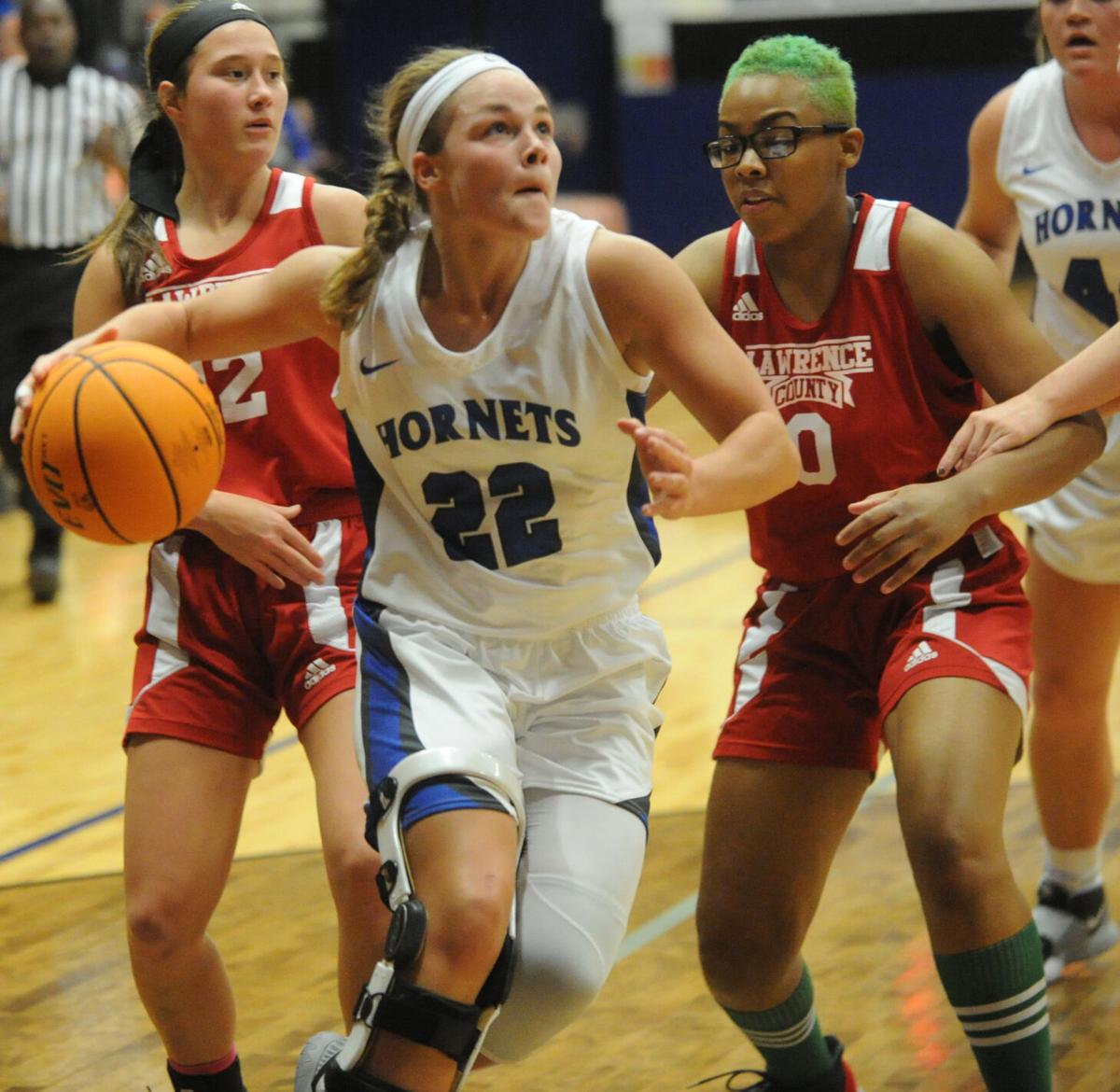 Hatton's Josie Harville fights to get to the basket 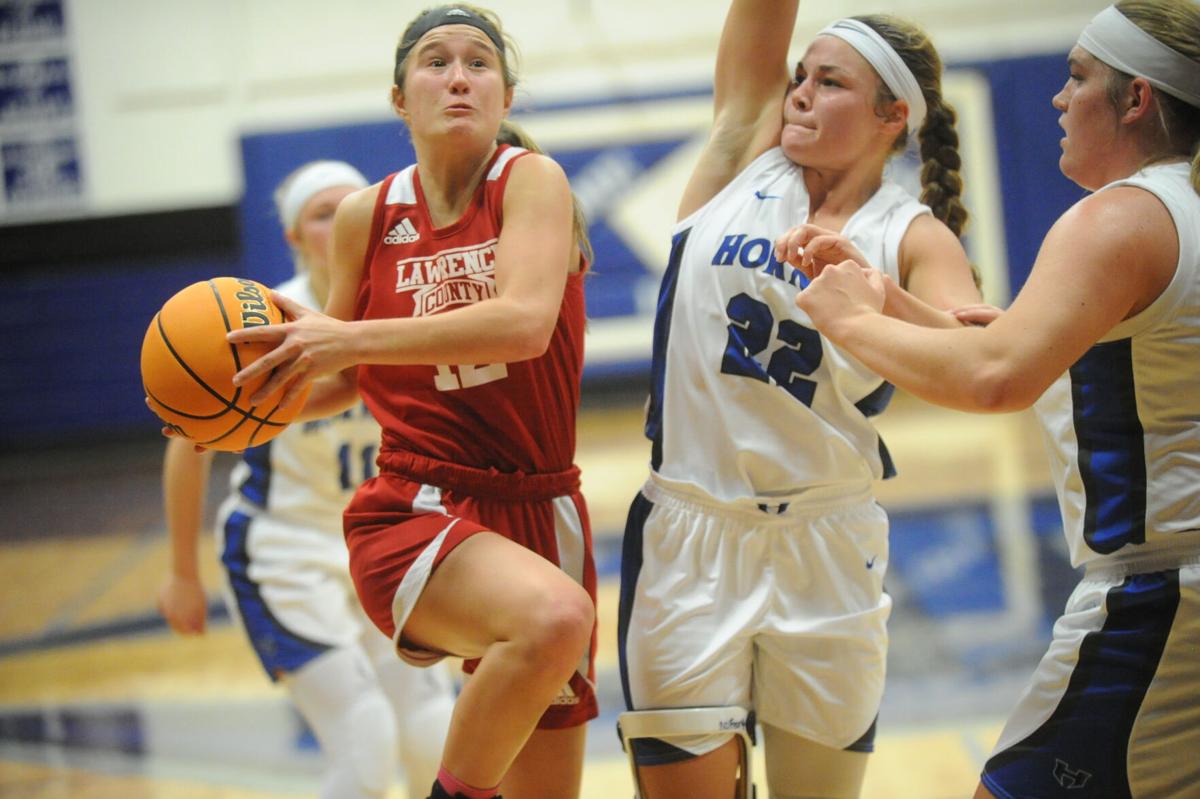 Hatton's Ridge Harrison goes up for a basket

Hatton's Josie Harville fights to get to the basket

Coming into the season the defending county champions, the Lawrence County Red Devils, might not have been expected to be the top team in the county. After all they did lose four of five starters from a 27-win team.

However, through two county games it certainly looks like they’ve picked up where they left off.

The Red Devils defeated Hatton 50-33 Friday night. It was their second straight win over a county opponent, following a 61-48 win over East Lawrence Tuesday night.

The Red Devils jumped on the Hornets early, securing the lead with some superb defensive plays by Ben’Michael Bennett. The Junior snatched several steals and turned them into easy baskets as he finished with a game high 17 points.

“That was huge for us,” Steadman said. “Sometimes we have slow starts but we really got out ahead tonight.”

“They were repeating the same thing and it made it really easy to read,” Bennett said. “I feel like our team answered the call tonight. It wasn’t just one individual.”

For the Hornets, it will be back to the drawing board as that struggled to get their offense going.

“They didn’t do anything we didn’t know was coming, we knew they were going to run that zone and they did it well,” said Hatton head coach Justin Henley. “We just haven’t enough reps together yet. We’re young as far as being together, against zone I like to run certain things and we just haven’t had enough time together yet to really get it together.”

It was emotional night for Hatton’s Josie Harville.  The star senior made her return to the Hornets’ home floor for the first time since suffering an ACL injury in the opening game of 2019-20 season.

“I can’t tell you how much I’ve looked for to this day,” Harville said. “Every game I watched from the bench last year and every day I worked this summer was looking towards this day.”

The senior had a big night, finishing with a team high 14 points, as Hatton erased a halftime deficit to win 60-55.

“We started slow and finished strong, that’s just what we do and it’s about to drive me crazy,” Hatton head coach Chasta Chamness. “but we did come out in the second half and played more like us and I was very proud to see that.”

Lawrence County had control of the game early but ran out of gas in the second. Head coach K.C. Orr attributes that to lack of game shape due to a two week quarantine the Lady Devils had to go through before the season.

“It’s hard to be in basketball shape when you start the season quarantined and tonight we just ran out of gas,” Orr said. “But I was very pleased with the way we played, especially in the first half. They are a very good team and I think that first half shows the kind of team we can be.”

Lawrence County’s Sadie Thompson led all scorers with 22 points. Jayden Orr had 11 for the Red Devils and Kailyn Quails had 13 for Hatton.