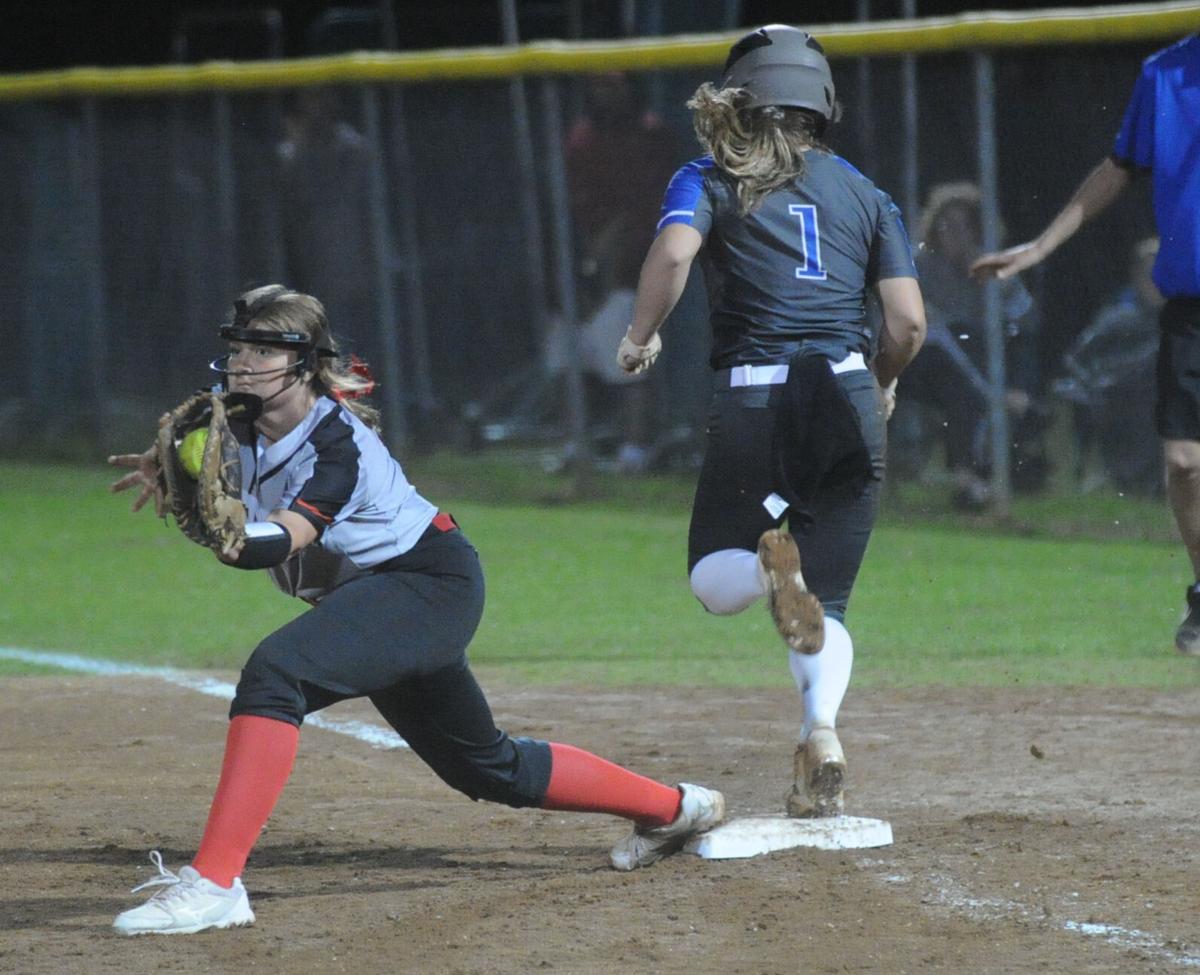 Maggie Shelton catches a ball as Bradyn Mitchell crosses first base. Shelton had the game winning hit for Lawrence County. 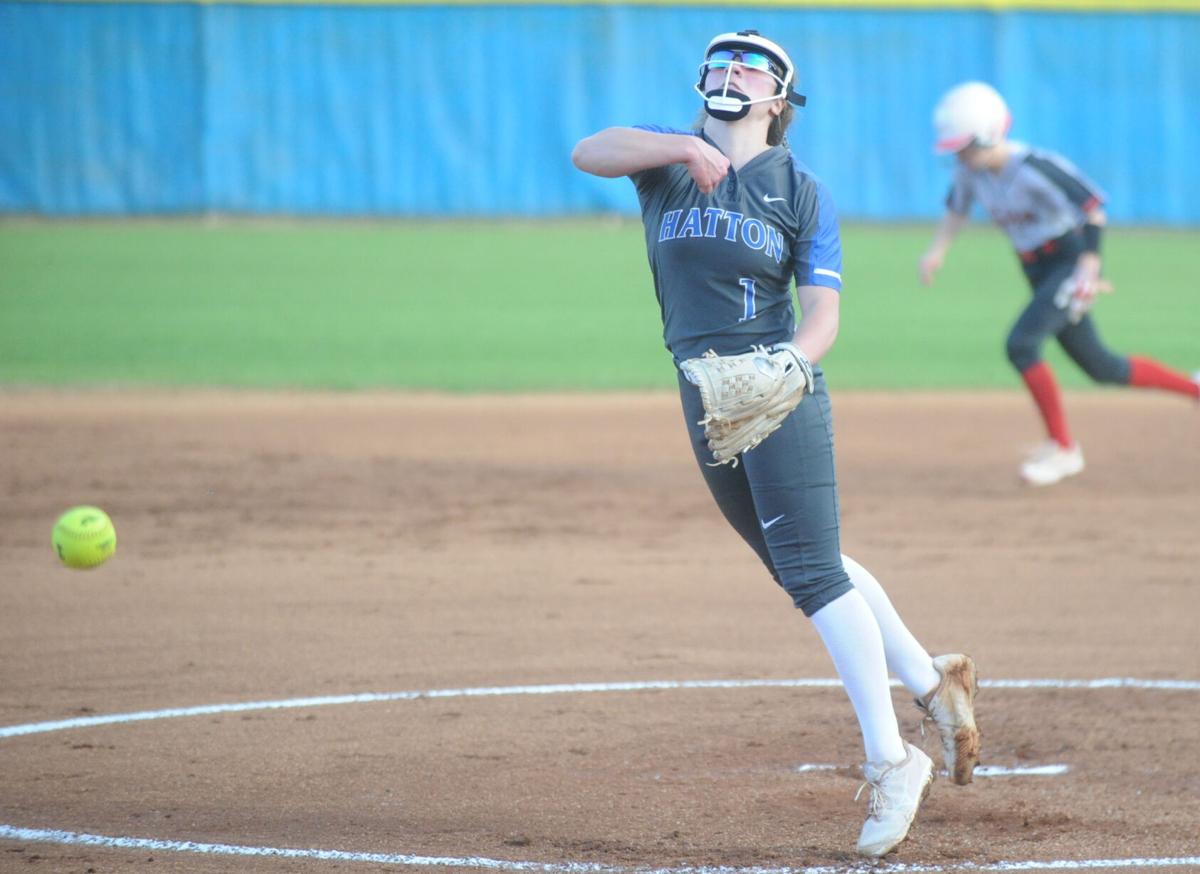 Maggie Shelton catches a ball as Bradyn Mitchell crosses first base. Shelton had the game winning hit for Lawrence County.

With the game down to the wire, Maggie Shelton proved to be the hero Lawrence County needed.

The Red Devils went on the road Monday night and defeated Hatton 4-3 and a big reason why was Shelton. Trailing 3-2 in the sixth, and with two outs, Shelton delivered a two RBI triple that ultimately proved to be the game winner.

Find a hole she did as the hit not only gave them the lead, but also erased earlier misfortune in the inning when a potential tying run was thrown out at third.

"I was really excited," said Shelton. "It took some pressure off us and I was glad I was able to do that for our team."

Shelton bats ninth for the Red Devils, but that makes difference for them and her hit certainly came as no surprise to head coach Courtney Lovelady.

"It's like I always say, I want our lineup to hit all the way through," Lovelady said.  "She's our nine hole and she came in very clutch. She did exactly what I asked her to do."

Lawrence County got things going in the first inning when Rylie Terry drove two runs in on a single. After that though, the Hornets settled down. Hatton worked themselves out of jams until eventually they took the lead in the fifth 3-2 thanks to a bases loaded walk and sacrifices from Bradyn Mitchell and Mallory Lane.

The Hornets are a young team, having replaced five seniors from last year's No. 1 team. So, despite letting the lead slip away in the end, head coach Denton Bowling was really pleased with his team's play.

"They have a good team and I was just glad to see us come out here and compete," Bowling said. "We're not a very good team right now because we're still trying to get our basketball shoes off and softball cleats on. But tonight showed that we have the potential of being a good team."

Bowling was most pleased with his team's fight down the stretch, as well as their elimination of mistakes.

"We got into some jams, but they were jams that they (Lawrence County) hit into. Overall, we came in averaging four errors a game and I was glad to see us cut down on those," Bowling said. "My pitcher took a ball off her hand and she lost her change up, but she still continued to fight. I couldn't be prouder of her and this team."

The win will certainly provide valuable momentum to the Red Devils, as does most wins over county rivals.

"It's always good to go on the road to get a win," Lovelady said. "We've beaten them before, but to get them early in the season, that's always going to be a big win for us."