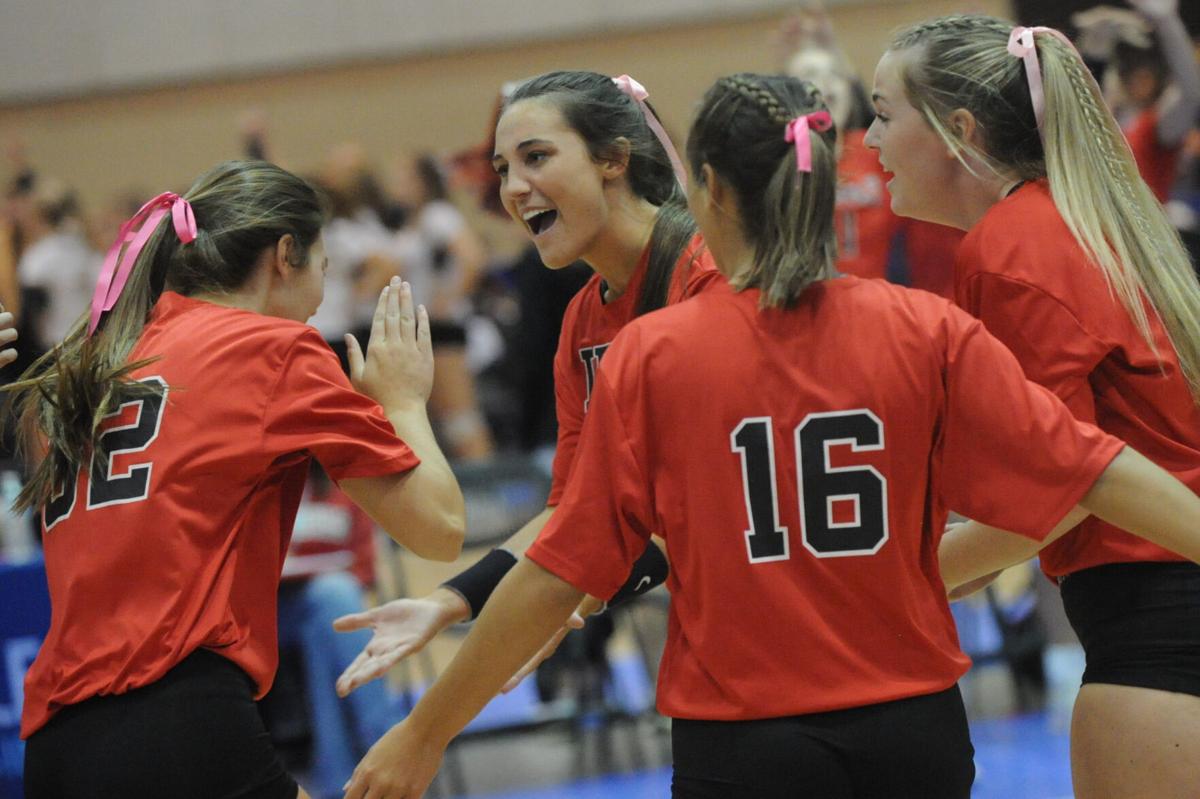 The Lawrence County head coach had just watched her Red Devils defeat Alexandria 3-0, punching their ticket to the state volleyball tournament in what was undoubtedly their best performance of the year.

A year ago a senior filled Red Devils team fell short of advancing to state. A year later, with two sophomores and two freshmen in their starting lineup, they dominated their way to annual October dance.

“It just goes to show you how crazy of a sport volleyball is,” Hutto said. “They just played lights out. Our defense was great, we limited unforced errors and we just played our best game of the season. I’m blown away.”

Lawrence County joined Hatton as county teams to advance to the state tournament Wednesday The Hornets easily defeated Westminster and Lamar County both 3-0 to advance.

“It feels great. I knew they were completely capable,” said Hatton head coach Amy Speegle.. “They’ve prepared all year long so that we would be ready when this tournament came around.”

Speegle is in her first year as head coach at Hatton. An assistant during the Hornets’ 2020 state tournament run, Speegle said her goal this year was to help them take the next step as a program, joining the ranks of Hatton’s elite girls basketball and softball programs.

“They work hard and they’re really focused,” Speegle said. “A lot of these kids are multi-sport athletes so I have a lot of softball and basketball players. I feel like they’re pulling that success to volleyball. They want to do just as great of things in volleyball.”

Both teams will be in action again on Thursday in Huntsville.